Yootha Wong-Loi-Sing is most likely familiar to you from OWN’s Love Is. The main character Yasir’s on-again, the off-again lover was played by Yootha. Additionally, Yootha plays the main role in the recently released Love movie on Netflix. In it, Yootha’s persona investigates the whims of love while attempting to go through law school.

The fact that Yootha is Dutch and has achieved success as an actor in her native country astounded many people. After making her debut nearly ten years ago, Yootha is now making waves on both sides of the Atlantic.

This essay will go into detail on Yootha’s background, career, and aspirations.

Yootha was born to Dutch parents on August 19, 1987, in Rotterdam, Netherlands. She is Dutch-Surinamese. The official language of Suriname, a former Dutch colony on South America’s northeastern Atlantic Coast, is Surinamese. We believe that either Yootha’s parents or both of them are Surinamese.

Yootha Wong-Loi-Sing decided to study sociology instead of attending a music or acting school after high school, in part because she believed that her race would prevent her from becoming a successful actor.

“I was thinking, ‘yes, it’s difficult for me to go into acting the way I look.

“I thought it was difficult to break into the acting business.”

Nevertheless, she tended to drift toward acting after graduation. She had an advantage over her rivals because of her sociology degree because she could better relate to her characters than they could.

“I’m passionate about the human mind and psychology, and how we communicate with one another.

Yootha briefly put her desire of becoming a musician on hold to pursue acting.

“In 2013, immediately following my sociology graduation, I thought, “Okay, this is the time when I’m going to start making my album. However, the cosmos said, “No, you’re going to do the acting thing first!”

She acknowledges that every time she has the chance to begin recording, something else arises and takes precedence over music. She believes she can pursue both acting and music without giving up either, though. I don’t feel like I have to choose between acting and music, so I’m simply taking my time.

Four years after making her lead playing debut in the Dutch drama The Cost of Sugar, Yootha visited Los Angeles to learn more about the American acting scene. Wong-Loi-Sing said to Young the Agency that if her agent hadn’t insisted, she wouldn’t have gone:

“I made the decision to visit LA for a week to get a feel for the city. Everything wasn’t one of my ambitions to be like, “I have to go to Hollywood,” so she [her agent] was the one to start it. I want to be renowned. I aspire to become a well-known actress. What’s interesting is that I had absolutely no idea about it.

Yootha accepted Los Angeles’ embrace, and she did likewise. She valued the freedom US productions offered her to give her characters more nuance, something she rarely saw in Dutch films.

For instance, she gave Ruby’s character in Love Is a backstory so that her experiences would be relatable to everyone and not just people of color.

Okay, she appears like the resentful ex. How can we turn this around and make her a complex woman?

The United States has also taught her that she can follow her passions for acting, music, and fashion without sacrificing any of them. She clarified:

“Americans have a tendency to basically seize upon whatever it is that they enjoy doing and carry it out. My main interests are acting and music, but I never know what else might come my way. Why would you limit yourself by simply putting yourself in a box?

Wong-Loi-Sing connected with her Love person

Stevie Richmond, played by Yootha, is a law student who is trying to figure out who she is while falling hopelessly in love with Isaiah Maxwell, a struggling painter. Black love is the movie’s main theme, but it also addresses racism in the art world.

Before she began analyzing her character, Wong-Loi-Sing admitted to Ebony that she fell in love with the narrative.

Normally, you can become overly preoccupied with the role you’re about to audition for, but in this instance, it was just the complete script, the plot, and the significance of the project that initially affected Yootha.

Yootha discovered that Stevie and she had a lot in common. She, like Stevie, went to college while questioning whether she’d missed her chance to pursue her creative interests. As a woman who had gone through a similar scenario, Yootha also thought that Stevie’s romantic encounters were “extremely authentic.” She said to Yootha Wong-Loi-Sing:

“I can be a touch pretentious at times. And a little conceited in believing I’m the best communicator when the whole purpose is that it’s about how well you can resonate, say certain things, or act in a manner that resonates with the other person – regardless of how you feel would be ideal.”

Yootha hopes to be an inspiration for black female actors

Yootha aspires to have an impact on the acting sector. First, by making sure that female characters are created with the same level of complexity as male characters. By demonstrating a character’s “roundness,” she explained to Discover Benelux, “it’s almost like saying they deserve to be shown as equal—as complicated human beings.”

“And given them voices that tell stories, just like their male counterparts,” she continued.

Second, she aspires to set a positive example for black women actors in the Netherlands and the United States. Young Dutch actresses who want to work in Hollywood send her messages, but they don’t believe it’s feasible because Yootha accomplished it. According to Wong-Loi Sing:

They observe what I do and believe, “Okay, perhaps there is a way to get there. Previously, they felt constrained, but now they sense hope—that’s a lovely thing! 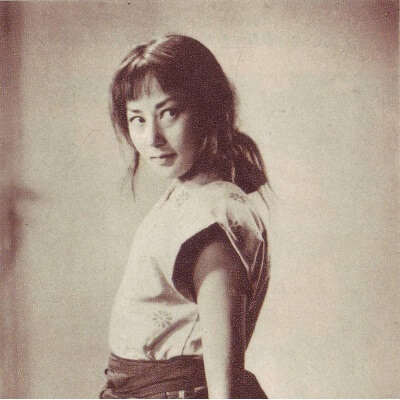