Selling The OC is a must-watch Netflix real estate drama. The OC premieres on August 24. Fans will also meet Sean Palmieri, a native of South Florida, among the new agents. Selling The OC is considered to be the second spin-off of Selling Sunset, an already successful Netflix series. With the inauguration of their new office in Newport Beach, the Oppenheim team is preparing for additional drama.

According to the official plot summary of the show:

It depicts not one, not two, but three separate Alexandras. In the upcoming Selling Sunset spin-off, the Oppenheim Group will expand its reach from Hollywood to Newport Beach with the opening of its second office.

With a new generation of real estate agents vying for prominence, the pressure may be too strong for some.”

Selling The OC Sean Palmieri, a realtor holds a degree in advertising

Prior to entering the real estate sector, Sean Palmieri studied advertising. In 2013, he enrolled at the University of Florida after attending The Benjamin School. After three years, he earned a Bachelor of Science in advertising.

In 2016, he entered the real estate profession for the first time by joining ONE Sotheby’s International Realty. He worked with Sales and Operations for the One Thousand Museum by Zaha Hadid.

He spent two years as the director of marketing at Pacific Sotheby’s International Realty. While working in the real estate sector, Sean gained vital skills and developed an impeccable ability to manage teams and make smart judgments.

Later, he moved on to Coldwell Banker Global Luxury, where he worked as a marketing manager for luxury properties. He supported the firm’s marketing objectives, premium offices, and local marketing strategy.

After nearly a year, he departed the company and will join The Oppenheim Group in May 2021. While working as a Luxury Real Estate Agent for a well-known company, Sean earned exceptional talents with each project and listing he handled.

Over the years, Sean has gathered vast experience and knowledge in the real estate market. Currently, he represents multimillion-dollar mansions in Bel-Air, Beverly Hills, Hollywood Hills, and Malibu, as well as Orange County, San Diego, and other locations in California.

On his days off from Selling The OC, he enjoys spending time in Malibu and Laguna Beach, preparing his favorite cuisine, and traveling abroad to visit his family.

Palmieri’s Instagram demonstrates that he has developed close relationships with his employees and enjoys engaging in a variety of activities with them. On August 24, all episodes of Selling The OC will be available to view on Netflix. Who Is Lauren Paylor From “Drink Masters” Season 1?

Netflix's Drink Masters is sure to get your attention. Although there are several food-related television series that have caught viewers' attention, this new reality program takes a different approac
Read More 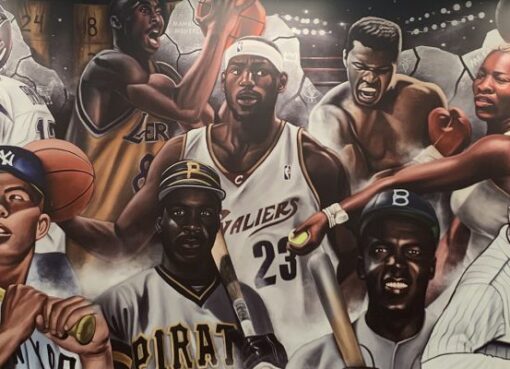 Sports memorabilia is more than just a collection of a sport's pride and history. They have enormous value within them and have grown into a million-dollar business industry in their own right. Sports
Read More Three people required medical attention while a real-life Squid Game episode was being filmed, but Netflix claimed that "reports of serious injuries are unfounded."At Cardington Studios in Bedford
Read More