Molly Bloom hosted high-stakes poker games in opulent hotel suites, bringing together sports stars, billionaires, and Hollywood A-listers. Before law enforcement caught up with her and arrested her, the former waitress made a little fortune by hosting games that were worth millions of dollars. Molly received a light sentence of $125,000 in forfeiture, a $1,000 fine, and 200 hours of community service.

But Bloom wasn’t finished yet. She revealed everything about her life and her interactions with the elite in the book Molly’s Game. The movie adaptation of the book, starring Jessica Chastain as Molly, has debuted on Netflix US.

Where Is Molly Bloom Now?

Presently, Molly is the Torched podcast’s host and is caring for her daughter Fiona.

Devin Effinger, a neurologist, and Molly Bloom were wed in 2019 in Piney Lake, Colorado. Devin, a homeless heroin addict who changed his life, studied addiction and neurology.

“Both of us have fundamentally changed our lives and internal selves. We both became addicted to drugs because we felt uncomfortable in society, Molly said RTE. Bloom usedQ drugs and alcohol as a coping mechanism for the pressure of running high-stakes poker games in secret.

Bloom revealed to RTE that she and Devin had created a program to assist others struggling with addiction.

“We have developed a way for people to alter their lives through a 12-step program and understanding neurology,”.

“We’re working on creating an app that would make that available worldwide.”

The current focus of Devin and Molly’s lives is raising their daughter Fiona. On the morning of February 8, 2022, she arrived.

Bloom admitted on Instagram that she had trouble getting pregnant and that some physicians had recommended her to look into other options, but she persisted.

“Time marched on as I saw my friends and family start their families; those were some of the darkest days of my life.”

According to Molly, having Fiona “totally and profoundly” altered her.

Since I can remember, I’ve been looking for this wholeness, but nothing has ever produced it—not fame, celebrity, relationships, or other negative factors—but you have, Molly said.

She said that Molly’s life has great significance because of Fiona. Bloom works on her podcast, Torched, which she started in January 2020, when Fiona isn’t around.

The first season will focus on the scandals and controversies faced by Olympians, Bloom stated in her blog post. The intention is to “provide greater insights into these athletes’ thinking.” To try to comprehend before passing judgment is a very worthwhile activity.


After years of serving wealthy men, Bloom committed to focusing on women’s empowerment.

Bloom’s ability to persevere for almost ten years in a world dominated by males is a measure of her fortitude. She told RTE that she gained knowledge from the men she served: “Learning about how these guys achieved success… it was just a fantastic education that allowed me to walk into any room in the world without being intimidated.”

Bloom left the world of high-stakes poker after her house of cards fell apart and vowed to follow a moral path: empowering women.

She started to Ellen DeGeneres that she wanted to “assist women to be successful” and that she was interested in localized co-working spaces for women since she enjoyed creating a community around them. She also mentioned that she was currently working on a social media interpretation.

The Los Angeles Times was informed by Molly that she intended to start a business called Full Bloom that would “oversee co-working, membership-only venues for women.”

“I constructed the most opulent, high-profile club for powerful men. I’m now creating doors for ambitious women so we can collaborate, advance, and flourish.

Because her website is no longer accessible, Bloom appears to have abandoned her aspirations for women’s emancipation. However, the purpose is a common element in the majority of her post-Game Molly’s remarks.

“Do I want to be ambitious and successful?”

The Los Angeles Times was told by Bloom. “Without a doubt. I just am what I am. However, I want it to signify something this time. If Molly Bloom believes that such initiatives give her life meaning, she may decide to revive her ambitions for women’s emancipation.

“This time, I’ll apply what I’ve learned to accomplish something significant.”

Despite being successful in both Hollywood and writing, Bloom has little interest in either. Bloom intended Molly’s Game to serve as the foundation for a Hollywood production when he created it.

“You have to complete this book. possess this IP. Pitch Hollywood,” she said, according to The Los Angeles Times.”

She sought Aaron Sorkin after the book’s publication, and he met her out of courtesy for a friend. Sorkin claimed to have loved the book but didn’t find the plot to be interesting. When he met Molly, he had a new perspective. By Aaron Sorkin

She was refusing to dish on anyone, instead possessing an inner power based on integrity. This was in contrast to her decade-long brush with fame. This wasn’t the “Wolf of Wall Street,” a woman. What I observed was a genuine movie heroine discovered in a most unusual setting.

Bloom knew how to charm them since she had spent a decade living with Hollywood types, but Sorkin thought Bloom was sincere. The two were so close during the filming that Amy Pascal, a former Sony Pictures boss, believed they were dating.

The movie was a great hit, which presented a difficulty for Bloom because some of the individuals from the book and movie—some of whom she didn’t particularly like—would eventually cross her path.

Bloom expressed to Vulture her hope that any encounter with any of the characters in her story would be pleasant as it had been a while since she had spoken to them. She uttered:

It does, and that may occur! I hope the encounter turns out to be amicable. My life at the time was interesting. I had friendships with people, and after I got into difficulty, I realized why nobody wanted to get in touch with me. I got it. But I hope everything is well now.

Despite her success in both writing and movies, Molly admitted to Vulture that she had no plans to pursue a career in both. She clarified:

“Yeah, I don’t believe I have many talents—or any talent—with the film industry. I believe that the individuals who wish to share my experience are a result of my sheer luck. I believe that creating settings and experiences as a startup entrepreneur is where my gift rests.

To restore her spirituality and stabilize her income, Molly authored her book.

Although Molly’s job had its good points, it also slowly sapped her spirituality. She adored the wealth and influence that came with being able to court the wealthy, but she secretly understood that she was exploiting gambling addicts, and this knowledge began to weigh on her.

She admitted to RTE,

“I stayed, even until I understood that it wasn’t in line with my moral code. “That ultimately made me pretty sick spiritually,”

She felt worn out and alone due to the secrecy of the entire operation. I was unable to inform my boyfriend’s parents of what I did.

Molly spoke with Vulture. “I had trouble explaining what I did to my parents. My entire existence was a secret, and you are only as sick as your secrets.

Bloom said in her book that she relied on alcohol, pills, and energy drinks to get through the day. She discussed her darkest moments with Vulture:

It was a gloomy period for me because I pictured everyone returning home to their families and lives while I was alone in the tower of the corrupt kingdom I had created, no longer feeling in control. I merely felt ill.

By wearing a wire, Molly would be able to avoid prosecution and keep her wealth, according to the authorities. She didn’t believe that telling on her pals was the best way to regain her morals, though. She told RTE, “I understood a moral compass and a moral code was necessary for a comeback.

In some ways, Molly was forced to write a book because of her precarious financial condition. Writing, however, proved to be more than just a way to achieve financial independence; it also offered a way to achieve moral and spiritual salvation. She said to Vulture:

“After spending your life in secrecy for so long due to the rules of the game, the requirement to utilize drugs, and all these things… The world is a lot better place when you can live openly and own everything. By taking responsibility for things and moving on, I’ve experienced a lot of healing and inner peace. 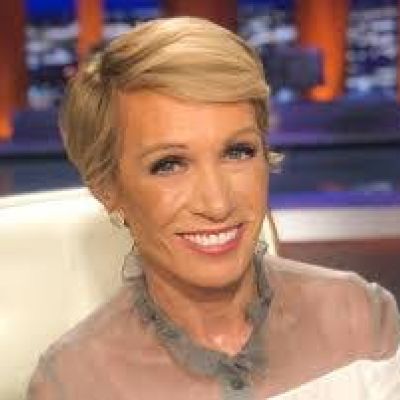 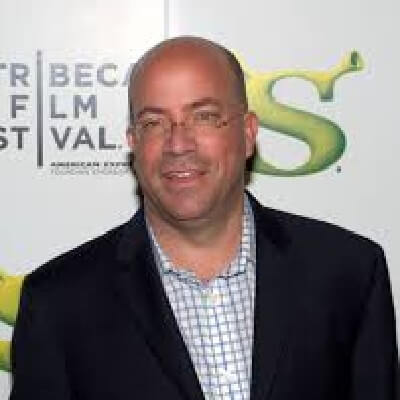