Gypsy Rose agreed to a plea bargain in July 2015 for the charge of second-degree murder. When deputies discovered Blanchard lying face down in a pool of blood, they were concerned that the killer might have kidnapped Gypsy Rose. Following her mother Dee Dee Blanchard’s fatal stabbing by Rose’s then-boyfriend Nicholas Godejohn,

Detectives were led to Nicholas’ Wisconsin home by a mountain of evidence, where they discovered Godejohn and Gypsy. Everyone knew Gypsy was a sickly child before the murder, but it was later discovered that Dee Dee made up Gypsy’s said illnesses because Blanchard had a disease called Munchausen syndrome by proxy. To gain sympathy or attention, the disorder makes a parent or caregiver exaggerate, create, or provoke ailments in a person in their care.

Where Is Gypsy Rose Now?

When Gypsy Rose is eligible for release in December 2023, she intends to have a book about her experiences published.

When Gypsy related her tale, it was difficult for most people not to empathize with her. Because she could see no other way out of the dilemma, she planned her mother’s murder.

Gypsy was exposed to needless medication by Dee Dee, who also used physical and mental violence to maintain control over her. Gypsy was described by Dr. Marc Feldman, a specialist in Munchausen syndrome by proxy, as being held captive by her mother:

“The control was total in the same way that a kidnapped victim’s control can occasionally be total. Her daughter was essentially being held as a hostage, thus I believe we can interpret the crime that followed in terms of a captive attempting to flee.

Because of the torture, Gypsy endured, the prosecution felt compassion for her. They presented Rose with a plea deal in which she would serve a minimum of 10 years in jail. Gypsy has a positive outlook on prison and participates in several self-improvement initiatives.

The Impact of Crime on Victims Class is a program that she facilitates. She claimed to have learned how to have a beneficial impact on the community through the classes, according to the Springfield News-Leader.

Gypsy wants to work as an advocate for abused children, especially those who have Munchausen syndrome via proxy. She intends to aid those who have been abused as children by publishing a book on her experiences. She uttered:

“I am eager to see what the future brings. My passion is raising awareness by instructing others on how to stop child abuse. Additionally, I can provide people who are too terrified to speak a strong voice by sharing my own life story as a survivor of abuse.

Rose’s first parole hearing will take place in December 2021, and she might get her release as early as December 2023. She is begging people to advocate for her release in letters to the Missouri Division of Probation and Parole.

Rumors circulated that Gypsy would be released early to stop the coronavirus from spreading in crowded prisons. The reports proved to be untrue. According to a source who spoke to E! Online,

Gypsy Rose Blanchard “will stay in jail during the coronavirus outbreak.” “The prison where Gypsy is being held does not permit early releases.”

Gypsy’s release on parole is opposed by several of her friends and family.

Rose’s loved ones are concerned that if she is granted parole, she would commit another crime. Gypsy, according to a family member, has unresolved emotional issues since she jumps from one internet engagement to another and sends irrational emails to her loved ones.

“I’m worried she’ll find someone and wed him.” Many of Gypsy’s potential suitors are primarily interested in celebrity. One of the guys was 20 years older; their relationship ended already. Some of the lads even visited Gypsy in prison.

Gypsy’s family members Titania Gisclair and Fancy Marcelli expressed concern about her release to In Touch Weekly. They believe Rose hasn’t dealt with her childhood trauma, which could result in her being sent back to jail. Gypsy is allegedly lying to the parole board, according to Fancy:

She is not interested in counseling, which the prison provides. She doesn’t think she needs assistance. Better company is needed for her. I worry that she is doing a performance for the parole board and that she gained no experience behind bars.

However, Titania and Fancy only want what is best for Rose. Marcelli remarked,

“I just want the best for her.”

“Her attorney is fantastic; he performed a fantastic job. She needs serious help if she is to come out and lead a good life.

Gypsy’s health improved after she entered prison, surprising everyone. Dee Dee Blanchard made up Gypsy’s terminal illness for 23 years. Her degree of dishonesty was quite astounding.

She was able to deceive doctors, and when one disagreed with her, she stopped going to them. Gypsy was given medication by Blanchard to accentuate particular symptoms, and because of her prior experience as a nurse’s assistant, she was prepared to respond appropriately when questioned. And even that is only the very beginning.

Rose astonished the cops when they discovered her in Wisconsin since she didn’t require a wheelchair or assistance breathing. She had short, spiky hair, but her mother had chopped it off to make it appear as though she had cancer.

After entering prison, most people experience weight loss, but Gypsy flourished. She admitted to 20/20 that she had never felt more liberated than she did in prison. In contrast to living with my mother, I feel more liberated in prison, Rose stated. “Because now I can just live like a normal woman,” she said.

Gypsy said to Dr. Phil that while she is relieved that Dee Dee no longer has control over her life, she is not happy that her mother is gone. Gypsy added,

She told BuzzFeed that she thought Dee Dee would have made a wonderful mother if she had had to care for a sick child. Gypsy said,

“I think she would have been the ideal mother for someone that genuinely was sick.

She was betrothed to Ken, a pen buddy from prison, but they broke it off. Gypsy was engaged to a pen pal from prison, according to a family acquaintance who revealed the news in April 2019. Fancy Macelli told E! News,

“It’s quite thrilling for her, she’s very excited.” Gypsy was given her wedding band by a prisoner who was getting divorced because she was without an engagement ring at the time.

“another prisoner was divorcing and gave her that for her to just keep so that she could feel good about it.” “Later, when she’s out, they’ll go together and choose rings, where they could have their little moment.”

Following the viewing of a documentary about Gypsy, Ken got in touch with her. Their friendship quickly developed into a partnership, according to Macelli. After Gypsy was released from prison, the two had planned to get married. However, the couple decided against getting married and ended their engagement. A source told E! News in May 2020:

“Since breaking things off with her ex-boyfriend Ken, Gypsy has not started up a new romantic relationship with him. She is still committed to improving herself. Right now, she has no intentions of starting another relationship before her release from prison. 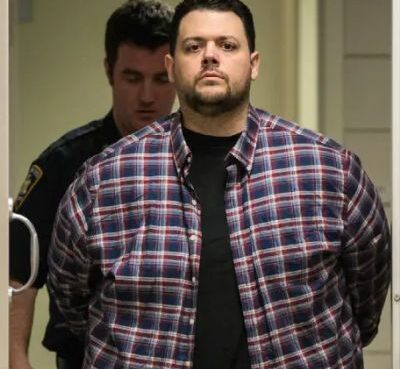 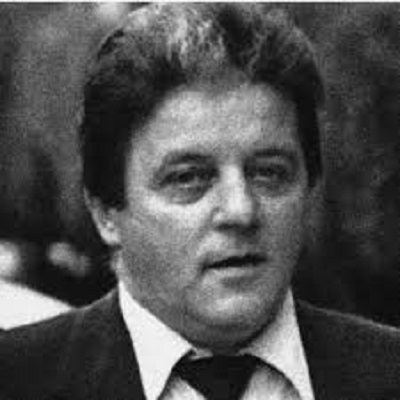