Audrey Landers, One of the sexiest actors of the 1980s. She relocated from her native Pennsylvania to Los Angeles to pursue an acting career. Audrey, who h, ad a stunning appearance and an exquisite voice, applied for the part of Afton Cooper in Dallas and was accepted on her 24th birthday.

Cooper, a nightclub performer, offered Audrey the ideal job because it allowed her to act and sing at the same time. Little River, her debut record, was released while she was living in Dallas. Landers continued to put out albums and show up in productions. She played the same legendary part in the 2013 Dallas revival.

Where is Audrey Landers today?

While Audrey still performs, it’s not as frequently as it once was. Even after spending her entire life performing, Audrey Landers still has a strong urge to do so. She claimed to have been an actor since she was a young child in My Devotional Thoughts.

Audrey, who is 65 years old, doesn’t act as much as she formerly did. She will make an appearance as a series guest star or in a Hallmark or Lifetime movie. Engaged in a Psycho on Lifetime, in which she recently starred.

Daniel and Adam, Landers’ twin kids, are still close. Daniel has followed Audrey into the entertainment business, and we might see the mother-son team present a collaborative endeavor.

According to Landers, she began working with Daniel in 2017 (Broadway World). She said to the media that the popularity of musical movies like The Greatest Showman had motivated the gifted couple to delve into that field. Audrey mentioned that the proposal had garnered interest from numerous production companies:

“Although the premise is grim, it is ultimately a supernatural love story for which I created the screenplay and for which he wrote and produced all the music. We are looking at the possibility of filming it in Sarasota! On a related note, we are interested in staging it as a musical stage play in New York. Seeing such a strong interest in the idea is quite encouraging.

As she eases off the gas in her acting career, Audrey seems to be having a good time.

She added the following caption on an Instagram picture from July 2021: Happiness is like a butterfly that, when pursued, is always just out of reach, but that, if you sit still and wait, might come and land on you. 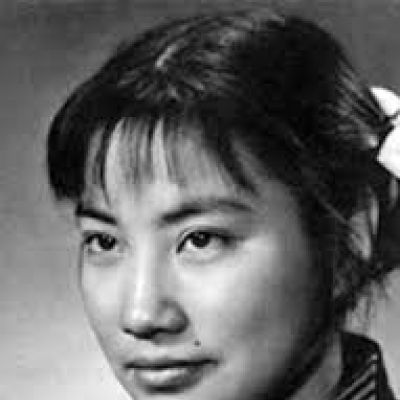