Prichard Colon Melendez is a former professional boxer from the United States who first rose to prominence as an amateur in his native Puerto Rico by winning numerous national championships. Colon became a professional in 2012, and in February 2013 he made his debut. Xavier La Salle was defeated by the rising star in the opening round of their fight.

Melendez has a perfect 16-0 record going into his fight with Terrel Williams in October 2015. Because he had defeated Vivian Harris a month earlier, he felt confident. Colon, though, never seemed to get into a battle where both competitors were fined for different violations. He sustained a cut to his brain at some point during the fight, which caused him to lose both the fight and his boxing career.

In contrast to expectations, Colon’s recuperation has advanced steadily.

Prichard Colon was heralded as the upcoming boxing prodigy from Puerto Rico. He possessed the aptitude and appeal of a potential champion. Unfortunately, the unfortunate match with Terrel Williams made everything different.

Throughout the fight, Colon protested Terrel Williams’ use of bunny punches, but no one listened to him. He struck back with a low blow, which the referee quickly called foul on. He patiently accepted his punishment but once more called attention to Williams’ bunny punches. With a straight right hand to the back of Colon’s head as the seventh round came to a close, Terrel knocked him out.

Colon scowled as he hid his head under his glove. Despite his obvious distress, Dr. Richard Ashby, the ringside doctor, gave him the all-clear to continue. On the broadcast, NBC commentator Kenny Rice said:

“He [Dr. Ashby] told me Colon that he was feeling lightheaded and his head hurt, but he believed he could go on,” he claimed. The physician agrees. He claimed that all he needed from him was for him to get over it and carry on.

The fight went into the ninth round despite Terrel receiving a point deduction for the rabbit punch. After the round, Colon’s corner unintentionally took off his gloves, disqualifying him. With his arm wrapped around his mother, Prichard exited the ring feeling woozy. The last thing he muttered before he passed out and vomit poured out of his mouth and nose was, “I can’t see.”

Colon suffered a 1.5 cm cerebral hemorrhage that seeped into his skull. He might not have lived to see the tenth round. After emerging from a several-month coma, Prichard was still in a vegetative condition, and doctors had little faith in his ability to recover.

According to Richard, Prichard’s father, “the doctors don’t give us hope.” They claim that the mark, which appears as a black area on the CT image, is too enormous for him to recover from. Nieves, Prichard’s mother, and the rest of the family still hold out hope. The speech therapists Alisha Russell and Nieves have devoted countless hours to aiding Colon’s recovery.

Although it’s uncertain how many colons can regain, he has come a long way. Nieves shared Facebook footage of Prichard’s development on June 9th, 2021. She commented, “Prichard Colon Melendez did fantastic today in his PT therapy.” “I appreciate your prayers. Many blessings from God to you.

Colon had successful surgery to treat a skull collapse.

After a TikTok video detailing Prichard’s health went viral, interest in his case reached its pinnacle in the middle of 2021. Colon had successful surgery to fix a collapse in his skull a month after the video went viral.

The WBC released a statement that stated,

“In recent weeks it was determined that a collapse in his skull was pushing on the brain, for which a fragment had to be removed and replaced by a plate.”

The surgeon who performed my son’s operation, CHAMPION Prichard Colon Melendez, has already arrived to provide the results. Every step was successful. We appreciate everyone’s prayers for my kid in light of the numerous calls and texts asking about us.

On Nieves’ Facebook page, boxing enthusiasts can keep up with Colon’s growth. She shares images of her fighter’s recovery as well as images of her family having fun. Expressed her gratitude for the Mascaras Festival honoring her son in late December 2021. She penned:

“Good afternoon: I’d like to thank the residents of Hatillo for the Mascaras Festival and for the lovely portrait of my son, Prichard Colon Melendez, who is OUR CHAMPION. MANY THANKS FOR YOUR LOVE AND RESPECT FOR MY SON AND THIS SERVER.

Prichard’s parents sued the organizers of Colon’s final fight for $50 million. After the public learned the severity of Prichard’s wounds, the issue of “Who is to blame?” persisted.

After conducting an investigation, Virginia’s Department of Professional and Occupational Regulation concluded that no one was at fault.

While Colon’s medical condition after the match versus Williams is terrible, the Department’s judgment said that there was no single action that was so obvious and/or outrageous to warrant assigning culpability to any one person. Richard and Nieves disagreed, though.

They believed that Dr. Ashby had a conflict of interest because he worked as a promoter and lacked the training necessary to ensure the safety of boxers.

They accused the promoters of disregarding correct procedures for dealing with potential brain injury. The Maryland State Athletic Commission’s chief neurologist, John Stiller, agreed. He told Outside the Lines, “I still can’t come up with a medically valid rationale why the fight wasn’t stopped at that point [in the seventh round].

“Immediate stoppage is required when a boxer complains of headache and dizziness after suffering a blow or blows to the head.”

If Nieves and Richard prevail in the case, the exorbitant sum cited would cover Prichard’s long-term care.

Nieves puts the burden firmly on Terrell Williams even though his name isn’t mentioned in the lawsuit. Williams fought for a time to get back into the ring and might as well have been another casualty of that pointless contest. Before that battle, the veil of invincibility he always believed he had vanished. He admitted to Ring TV, “That fight bothers me every day.”

Williams is aware that he will eventually need to discuss that day’s events with his three sons. The Washington Post quoted him as saying,

“When they figure it out, I’ll talk to them about it. I’ll be as honest as I always have. I’ll be honest as well. 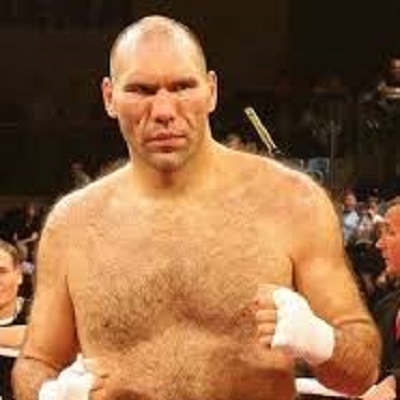