Kasey Kahne had a successful 17-year career and amassed 18 NASCAR Cup Series victories. Before moving up to stock cars, Kahne excelled at dirt car racing. At Evernham Motorsports, he made a strong first impression by finishing second five times in his debut campaign.

Kasey will participate in the World of Outlaws season of 2022.

What Is Kasey Kahne Doing Now?

Midway through the 2021 sprint car season, Kasey took over as Roth Motorsports’ driver from Aaron Reutzel. He decided to sign up to drive for Kasey Kahne Racing (KKR) for the entire 2022 season as a result of the experience.

The two-car squad will be driven by Kahne, who will wear the storied No. 9, and three-time defending champion Brad Sweet.

In a statement, Kasey stated:

“I’ve discovered that I still want to race and challenge myself at this level because of my responsibilities as a team owner. Although sprint car racing has been a dream of mine since I was a child, this is the first opportunity I’ve had to devote myself to it full-time. I am grateful that I rose to the NASCAR ranks as rapidly as I did.

At the age of seventeen, Kasey made his Outlaws debut, placing 11th in the 1997 race at Grays Harbor Raceway in Elma, Washington. In the 19th running of the King’s Royal, Kahne finished in the top 5 for the first time.

Kahne started his Sprint Car team, KKR, in 2005. Daryn Pittman drove the team to the 2013 championship. Kasey went on:

“The World of Outlaws places the best racers in the sport with the most demanding schedule; they travel to tracks throughout the country every night. Many people are unaware that this is among the toughest series in the world, therefore I’m thrilled to finally drive in it.

The Outlaws season starts in California in mid-March 2022 and ends in North Carolina in early November 2022.

Kasey was forced to leave NASCAR because of severe dehydration and a high heart rate during races.

Kasey Kahne entered the 2018 NASCAR season with a newfound sense of hope after joining the Leavine Family Racing Team. He hoped that his health issues from the last months of the 2017 season had passed.

Kahne had begun to suffer from severe dehydration and a rapid heartbeat while racing. It was having an impact on both his race strategy and how his body felt in general after the races. He admitted to NBC Sports that his last NASCAR victory at the Brickyard 400 wasn’t enjoyable:

The issue with the Brickyard is that I wasn’t able to enjoy the victory since I was dehydrated, throwing up, and just feeling awful.

Unfortunately, Kahne’s health problems worsened throughout the 2018 racing season. In races, Kahne discovered that he was paying more attention to controlling his pulse rate than to moving up the field. On September 2, 2018, Kasey competed in his farewell race at Darlington Raceway, during which he nearly lost his vision mid-race.

Kasey announced his retirement on Twitter on October 9th, explaining that despite being in good physical shape and having no underlying medical conditions, dehydration prevented him from racing any longer.

A few weeks later, he spoke with ESPN about his impending retirement and said that he was preparing to leave NASCAR. He stated that his body felt fantastic:

“I feel better mentally now that I’m beginning to accept not competing in NASCAR. That’s helping my mood a lot. And being physically hydrated is a must. Before I started feeling okay on Tuesday, every race was taking place. And it was only passable. I didn’t feel good after the longer, hotter races until Wednesday, Thursday, or Friday.

Kacey was sidelined for a year by a strange ailment, but he is now back behind the wheel.

After leaving NASCAR, Kacey intended to enter sprint racing. His body was capable of handling sprint racing’s shorter races and open cockpits. It was simple for Kacey to transition from NASCAR to sprint racing because she already owned a sprint-car racing team. According to Kahne, the 2019 season will be filled with competitions:

“I’ve never been more eager to resume racing as I am right now. I’ve been working out a lot to get in shape for the upcoming season and I feel amazing. I had been looking forward to going back to sprint cars more frequently for a long time.

Kacey sustained an injury ten races into the 2019 season that prevented him from competing. After the accident, Kacey was hopeful that he would soon be able to resume racing. Kacey’s time away from sprint cars had certain advantages, one of which was that it allowed him to spend more time with his son Tanner. As she stated to NBC Sports:

“Tanner doesn’t like that I’m going back into racing anymore. He warns me to exit if I get inside. just out of gratitude that I’m at home and not racing.

Early in 2020, Kasey made a comeback to sprint racing after nearly a year away. He starts alongside Brad Sweet, a teammate, for Kasey Kahne Racing. 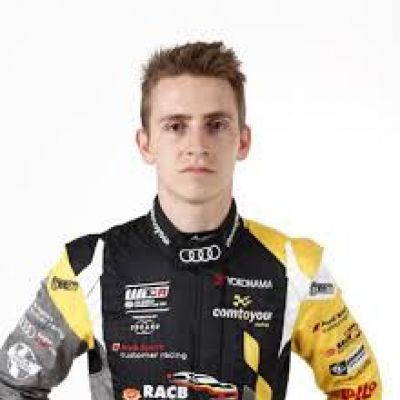