William Wayne McMillan Rogers III was born on 7 April 1933 in Birmingham, Alabama, USA, under the zodiac sign of Aries and with American nationality — he was well-known for his role in the classic TV series “M*A*S*H.” In 2015, he passed away.

What is the Net Worth of Wayne Rogers? Salary, Earnings

His net worth was believed to be more than $2 million at the time of his death, according to credible sources.

While some assume Wayne was unhappy with the cast of “M*A*S*H” and that this was the primary cause for his departure, he was actually tired of performing and opted to leave the program. After he left, he quit acting and concentrated on other interests, such as the stock market and other forms of investing.

Wayne spent his entire upbringing in Birmingham and was always fairly discreet about his parents since he didn’t want them to be involved in the media — he was an only child.

Rogers fell in love with acting at an early age, but once he began studying, he put his goals on the back burner and almost forgot about them. He attended Ramsay High School in Birmingham, and then The Webb School in Bell Buckle, Tennessee, before continuing his education at Princeton University, where he earned a bachelor’s degree in history in 1954. Wayne was a member of the Princeton Triangle Club as well as the Tiger Inn eating club.

Rogers went on to serve in the United States Navy after graduating from college before becoming an actor in 1959.

Wayne was rather secretive throughout his life, as he was never the type of person to discuss his private life with the world.

He met Mitzi McWhorter when he was quite young. Mitzi was also an actor and they instantly fell in love after meeting on the set of a TV show. They married in 1960, and Mitzi gave birth to two of their children – the marriage lasted until 1983 when they divorced for unclear reasons.

Wayne married Amy Hirsh again in 1988, and the couple moved to Destin, Florida in 2001. They both agreed not to have children at the start of their marriage, and Amy had no issues with Wayne having two children from his previous marriage.

Wayne never mentioned any other women he has dated in his life.

\After leaving the Navy, Wayne obtained roles in films and television shows such as “The Invaders,” “The F.B.I.,” “Have Gun Will Travel,” and many others. In 1959, he participated in the soap opera “Search for Tomorrow,” and in 1960, he was nominated for a Golden Globe Award for his role in the film noir “Odds Against Tomorrow.” He was a prominent cast member in the ABC television series “Stagecoach West,” which aired from 1960 to 1961.

Wayne rose to prominence mostly as a result of his performance in the television series “M*A*S*H.” He was meant to audition for the role of Hawkeye Pierce, but the authors convinced him to play Trapper instead, while Hawkeye would be played by Alan Alda. Wayne was pleased with how the program was progressing, but he was disappointed that his character wasn’t as well-liked as Hawkeye.

After speaking with the authors, they made Trapper a thoracic surgeon, which entirely shifted the focus from Hawkeye to Trapper – despite the fact that this was what Wayne was hoping for, he was saddened for his friend Alan and eventually made things equal for both of them. Wayne was on the show for three seasons before leaving and retiring from performing.
In 2005, Wayne received his own star on the Hollywood Walk of Fame.

The world’s most popular male actors

After finishing “M*A*S*H,” Wayne opted not to pursue a career as an actor and instead became a money manager and investor — he even testified before the US House Committee on the Judiciary regarding the 1933 Glass-Steagall Legislation Act. In August 2006, he was appointed chairman of the board of directors of Vishay Intertechnology, Inc. and CEO of Wayne Rogers & Co.

Wayne appeared to be entirely focused on his acting profession as well as his financial career, but he had a variety of other interests.

Wayne was known among his close friends as an entertainer and someone who enjoyed making others laugh — he enjoyed cracking jokes and knew a lot of them. He was relatively athletic and enjoyed tennis and billiards, and he was a big fan of literature – he had planned to write his own, but always concluded that he wasn’t good enough at writing. Wayne enjoyed traveling when he was younger, and spent more time in Europe than in the United States — his favorite nation was Italy, and his favorite city was Rome.

Wayne, as an actor, enjoyed watching movies as much as he enjoyed playing in them, but he never revealed his all-time favorite since he claimed that he enjoyed the films as a whole.

Wayne was 82 years old when he passed away. His hair was gray and his eyes were blue, and his height and weight were unknown.

The cause of death

Wayne wasn’t particularly active on the internet, although he did have a Twitter account, which he started in September 2009. Even after his death, approximately 2,800 people follow his account. While he had tweeted over 130 times, his most recent tweet was on July 30, 2015, and read, ‘All lives matter!’ 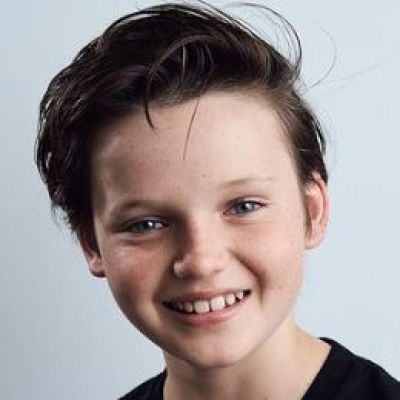