After a bad marriage and multiple relationships, Virginia Madsen enjoys a beautiful marriage with her new partner. The Candyman actress is now wed to Los Angeles-based actor and photographer Nick Holmes.

More importantly, based on her social media posts, Madsen appears to be happy in her marriage. She has been regularly posting pictures of her husband on social media for the past few years, with the majority of her posts showing the couple’s relationship.

For instance, during her confinement, the actress enjoyed spending time with her partner and frequently thrilled her followers with amusing photos of the two.

She had earlier thanked her family and friends for providing them with food while they were under quarantine in a picture of herself and Holmes grinning in front of their balcony. “Hello from our confinement! We appreciate all of you who sent us supplies. We love you! The caption on Madsen’s Instagram image.

According to reports, Madsen and Holmes entered the wedding while the quarantine was still in place. Despite the lack of an official declaration from the couple and the lack of confirmation from a dependable source, Madsen implied in an Instagram post from November 2020 that she and her partner had a small wedding ceremony while the outbreak was going on

. In the post, she added a few images showing the couple dressed for their wedding. Madsen looked gorgeous in a white shift dress that reached her knees and dizzying shoes, while her husband looked handsome in a black suit.

The two also wore face shields in one of the images to demonstrate that they adhered to COVID-19 protocol. She captioned the picture, “Hitched in quarantine (don’t tell anybody)”.

Congratulations, a fan said in the couple’s photo, adding, “We hope you live happily ever after.” Actress Ashley Platz added, “So honestly glad for you.”

She made a comeback to Instagram in January 2022 and addressed her lover as her spouse. She extolled his virtues by mentioning how he regularly brought her breakfast in bed. However, as the wedding had long been anticipated, few people were shocked by it.

It is said that the pair have been dating for about ten years. Together, the two have traveled across the world, trying the cuisines of far-flung cities like Bucharest, Fiji, London, Paris, Istanbul, and Aruba.

Holmes, Madsen’s husband, has been in movies and TV shows like Gilmore Girls, Guardians of the Galaxy, Super, and The Thirst: Blood War.

He is reputedly 20 years Madsen’s junior. In addition, a glance at his Instagram account indicates that he has been a fashion photographer for the past several years. With the director MK McGehee, the actress Natasha Halevi Gunn, and his wife Madsen, he has collaborated as a professional photographer.

The well-known actress’s first husband, actor Danny Huston, predeceased her. After meeting while working on the movie Mr. North, they got married in 1989.

However, their union did not last long; in 1992, they filed for divorce. Later, Madsen fell in love with Italian actor and former model Antonio Sabàto. Beginning in 1993, she had been in a relationship with him for five years. They also gave birth to a boy, Jack Sabàto, who was Madsen’s only child. 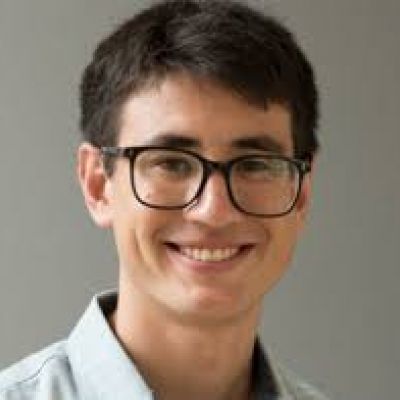