There is nothing more dramatic than an interception in a National Football League (NFL) game. It’s a massive momentum shifter that can completely alter the course of a game.

When the opposing team player catches the ball intended for the same team player, the move is known as an interception or “pick.”This stunning interception move has changed numerous games in NFL history, and there is no shortage of it in the game.

But aren’t you curious about the players who pulled off this stunning move? Which players hold the record for the most NFL interceptions?

So, for your convenience, we’ve compiled a list of the top ten most NFL Interceptions of all time. This list will include information about the players as well as the number of times they made this game-changing move.

Top 10 Most Interceptions in NFL History

The names of the players on this list are taken from ESPN.

Krause was named to the All-NFL first team after recording 12 interceptions during his rookie season in 1964. In his second Pro Bowl season the following year, he intercepted two passes.

He intercepted 28 passes in his first four seasons. He was then traded to the Minnesota Vikings in 1968. Another memorable interception in Krause’s career came during Super Bowl IV. He intercepted passes in seven consecutive games and came close to repeating the feat in 1968 when he blocked passes in six straight games.

During his final season in 1979, he had three more interceptions, giving him the record for most NFL interceptions of all time. He was twice named All-Eastern Conference, five times All-NFC, and four times All-NFL. Krause missed only two games due to injury during his 16-year career.

Emlen Tunnell became the first African-American inducted into the Pro Football Hall of Fame. In addition, he was the Giants’ first African American player.

Tunnell rose to prominence on defense and was dubbed the team’s “offense on defense.” His 79 interceptions in 14 seasons, however, made him the second most interceptions of all time. He was the league’s most dangerous punt returner. He was also the first defensive back to receive public acclaim.

Emlen Tunnell intercepted 17 passes in his first two seasons. Tunnell previously held the record for the most NFL interceptions with 79, which Paul Krause has since broken. Tunnell’s other records include 1282 yards on interceptions, 258 punt returns, and 2209 yards on punt returns.

He spent 14 seasons with the New York Giants and the Green Bay Packers. He was named to nine Pro Bowls and four All-NFL teams. Unfortunately, this Pro Football Hall of Famer (inducted in 1967) died on July 23, 1975, at the age of 51.

Rod Woodson, the modern-day “triple threat,” was drafted in the first round of the 1987 NFL Draft by the Pittsburgh Steelers. Woodson had six sacks and 100 tackles in his first season in 1992. The following season, he led the team with 8 interceptions, 28 passes defended, and 79 solo tackles.

During that season, he also had two forced fumbles, two quarterback sacks, and a field goal attempt blocked. Woodson was named NFL Defensive Player of the Year for his outstanding performance. Woodson’s career records include 1483 interception return yards, 2362 punt return yards, and 17 touchdowns.

Woodson played 17 NFL seasons and set a record with 71 interceptions. This places him third on the list of NFL interceptions. He was inducted into the Pro Football Hall of Fame in 2009.

Richard “Dick” Lane, nicknamed the “Night Train,” played 14 seasons in the NFL. Lane was an army veteran before asking for a tryout with the Los Angeles Rams in 1952.

Lane had a big build and was known as a ferocious open-field tackler. However, in his rookie season, he set an NFL interception record with 14 interceptions in 12 games. He intercepted 10 passes in his first season in Chicago, leading the NFL in interceptions, and earned his first of seven career Pro Bowl nods.

Lane was named first or second-team All-NFL every year from 1954 to 1963. He became well-known for being a gambler on the field. Lane was inducted into the Pro Football Hall of Fame in 1974. Lane had 68 interceptions for 1207 yards and 5 touchdowns in his legendary career, ranking him fourth on this list of most NFL interceptions and touchdowns.

Ken Jerome Riley was a cornerback for the Cincinnati Bengals for his entire career. Riley has 65 interceptions in his 15-year career, ranking fifth on this list and in NFL history.

Despite all of his accomplishments, Riley was never selected for the Pro Bowl. As a result, despite a Hall of Fame career, this Bengals legend was never inducted into the Pro Football Hall of Fame. He died at the age of 72 in Tallahassee, Florida.

After being selected fourth overall in the 1998 NFL Draft, Charles Woodson entered the starting lineup for the Oakland Raiders. He was named AP Rookie of the Year after appearing in all 16 games and intercepting 5 passes and forcing 2 fumbles.

During his 18-year football career, Woodson appeared in regular-season games for the Oakland Raiders and the Green Bay Packers. He had at least one interception in every season he played, almost matching Darrell Green’s record of 19 seasons in a row.

In addition, he has 1200 tackles, 54 tackles for loss, 33 forced fumbles, and 183 pass defenses to his credit. Woodson is one of only two players, along with Hall of Famer Marcus Allen, to have won both the AP Rookie of the Year and the AP Player of the Year awards. In addition to the Heisman Trophy and a Super Bowl ring.

Charles was recently inducted into the Pro Football Hall of Fame, which he will join in 2021.

The Baltimore Ravens selected Ed Reed in the first round, 24th overall, in the 2002 NFL Draft. Reed started all 16 games as a rookie and was an important member of the Ravens’ defense. After 11 seasons with the Ravens, he spent seven games with the Houston Texans before concluding his career with the New York Jets.

Reed has been named to the Pro Bowl nine times and All-Pro six times. He was also named to the NFL All-Decade Team of the 2000s. Following that, in 2004, he was named NFL Defensive Player of the Year.

Ronnie Lott is one of the most powerful hitters in NFL history. He spent 14 years in the NFL, playing for the San Francisco 49ers, Los Angeles Raiders, and New York Jets.

The San Francisco 49ers selected Lott eighth overall in the 1981 NFL Draft. In his first NFL season, he led a young secondary to the 49ers’ Super Bowl XVI victory. Because of his contributions in his first year in the league, he was named to the Pro Bowl and All-Pro teams.

Lott appeared in 14 games as a free safety in 1986. He was injured, however, before completing his final two games. Despite his injury, he led the team with 10 interceptions, 77 tackles, three forced fumbles, and two quarterback sacks, a career-high.

In his ten seasons with the 49ers, he surpassed the 1000-tackle mark in 1993. Lott has 63 career interceptions, ranking him eighth on this list of most NFL interceptions. He also twice led the league. He was inducted into the Pro Football Hall of Fame in 2000.

Former NFL player Darren Mallory Sharper was selected by the Green Bay Packers in the second round of the 1997 NFL Draft. Sharper was a top-tier free safety over the last two decades. During his career, he was named All-Pro six times and Pro Bowler five times. He was also a two-time interceptions leader and a Super Bowl champion.

Sharper had nine interceptions against the New Orleans Saints in the 2009 Super Bowl. He also set a new mark with 376 interception yards.

Sharper is tied with Ronnie Lott for the most interceptions with 63. His other statistics include 972 tackles, 13 touchdowns, and 7.5 sacks.

He was a fantastic player who set numerous records. However, his career has since fallen from grace due to numerous controversies and legal charges. As a result, he will not be inducted into the Pro Football Hall of Fame.

Dave Brown began his professional football career as a first-round draft pick of the Pittsburgh Steelers in 1975. Brown won the Super Bowl ring during his rookie season with the Steelers. The Seattle Seahawks selected him in the expansion draft in 1976.

Brown was promoted to safety and led the team with 111 tackles and four interceptions that season. Brown was named All-Big Ten three times and All-American twice during his three seasons at Michigan.

As a result, he became an elite defender in the NFL. He maintained that level for the next 15 seasons. Brown intercepted a career-high eight passes in 1984. Despite this, he only appeared in one Pro Bowl during his playing career.

Brown, like Ken Riley, has never been inducted into the Pro Football Hall of Fame. Brown died of a heart attack in 2006, at the age of 52. 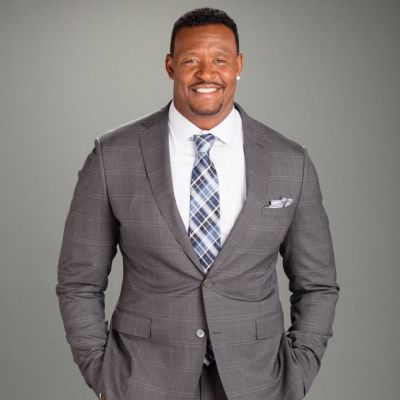 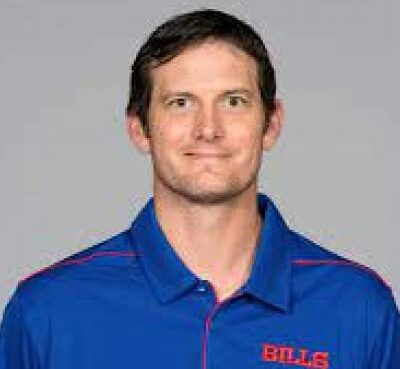