Tina Caspary is best known as an actress who has been in films such as “Can’t Buy Me Love” and “Mac and Me.” Tina’s accomplishment in the acting industry earned her audience recognition, which raises some questions about her early life and formative years.

What is the Net Worth of Tina Caspary? Salary, Earnings

According to reliable sources, this actress has a net worth of $5 million, which she has amassed via her work in the aforementioned sector. She hasn’t spoken about her possessions, such as cars and residences, but she appears to be financially capable of taking care of herself and her family.

Tina was born on December 28, 1970, in the United States, making her 48 years old. Her zodiac sign is Capricorn. Caspary, who is of American descent. Caspary’s ethnicity is Caucasian.

According to the images on the internet, she has a fit body and takes good care of her appearance, indicating that she invests time and effort into her appearance. She has tattoos on her left arm, back, and legs, which look well on her and complement her appearance.

Tina, although being a famous figure, chooses to keep some things private; however, we do know that she is married to a man named Ryan Cyphert and frequently shares images of them on her social media pages, and he does the same. The couple has two children: Phoenix Sage, a daughter born in 2002, and Payson, a son born in 2004. Both of their children use social media and are involved in the entertainment industry. We wish the family well as they appear to be living a happy and affluent life.

Tina made her film debut in 1982 when she appeared briefly in “Annie,” and she went on to work on “Silver Spoons” in 1985. Caspary had a lot on her plate in the 1980s, appearing in “The Magical World of Disney” and “Combat High,” both in 1986. The latter film, which tells the story of two boys who are compelled to join the military after misbehaving, gave her the opportunity to work with Keith Gordon, Wallace Langham, George Clooney, and Dana Hill. The next year, she appeared in “Growing Pains” and the pilot episode of “Married… with Children.” In the latter, she was intended to play Kelly Bundy, but that fell through and she was replaced.

Nonetheless, her illustrious career grew when she was cast as Barbara, one of the key characters in “Can’t Buy Me, Love.” The plot revolves around a geeky misfit who pays the most popular girl in school to be his girlfriend; the film grossed $31 million in total. Tina had a pivotal role in the 1988 film “Mac and Me,” which depicted the friendship between a wheelchair-bound youngster and an alien attempting to elude NASA.

Caspary featured as Rhonda Graham in “Day by Day” and “Live-In” in 1989. The latter tells the narrative of a family who hires an Australian nanny named Lisa. Tina has later featured in “Teen Witch” and “My Mom’s a Werewolf,” with “Valley of the Dolls” being her most recent film project. Tina has had 15 acting roles in all, however, she is currently more focused on her dancing career. However, because she is talented and dedicated, she will undoubtedly advance in her job.

Tina may also be found on YouTube, where she has her own channel and earns money every time an ad appears alongside her videos. Her first video, “Stylized Jazz Combo to “Pink Love” by Kristinia DeBarge Featuring Autumn Miller,” was released in 2018. Caspary then posted three more videos in which she revealed details about her personal life and dancing – “RADIX Vlog Promo”, “The 1st Vlog!! Radix in Tacoma, Washington! “Vlog 2!! RADIX in Cleveland, OH!! Let’s Dance!” and “Vlog 2!! RADIX in Cleveland, OH!! It’s all about the journey…” 18,000 people have watched her videos. As she previously indicated, she primarily utilizes her channel to demonstrate her lessons, conventions, dancing style, and diet.

Caspary works in the entertainment industry, therefore she is naturally active on social media, where she communicates with her followers and promotes her work. She has an Instagram account with 10,000 followers who appreciate her material.

Tina frequently publishes images from her personal life, letting her admirers get a glimpse of what’s going on behind the scenes. She recently shared a photo of herself and her dog with the caption “Saturday Farmer’s Market.” “I’m glad to be home.” Tina enjoys shopping locally and is a strong supporter of health and the environment. Aside from that, she posted a selfie with the message “Working on choreo & prepping for summer.” Her supporters appear to have enjoyed the snapshot, as they continued to compliment her on her appearance. She is also a big foodie, and she frequently posts photos of her meals with her followers. Caspary isn’t active on Twitter, although she has a large number of devoted followers that tweet about her.

Tina stands at a height of 5 feet 5 inches and has a weight of 55kg. She has brown hair and brown eyes, which complement her skin. 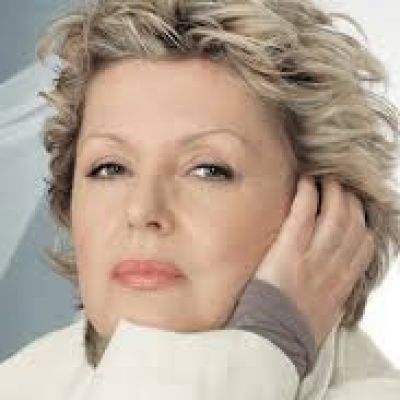 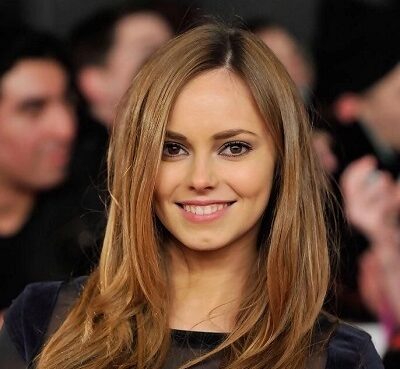 Hannah Tointon- Biography Hannah Tointon is an English actress best known for her roles in 'The Inbetweeners' and 'Hollyoaks.' She was born and reared in Essex and joined an acting club when she was
Read More 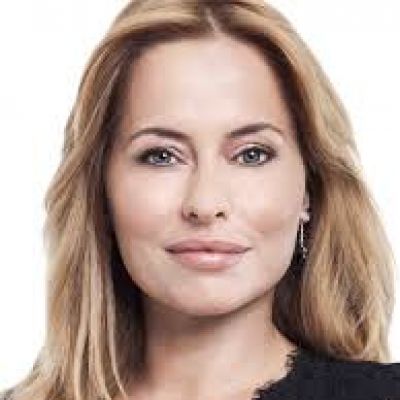