Tiffany Cross is a well-known journalist, television host, political critic, analyst, and author from the United States. She is currently affiliated with MSNBC and hosts the weekly show “The Cross-Connection” every Saturday.

What is the Net Worth of Tiffany Cross? Salary, Earnings

Tiffany Cross has been working in the field of journalism since the early 2000s, and she has never stopped. She has been a successful novelist as well as a successful journalist with a broad reach.

She earns the most of her money as a journalist, with royalties from her novels supplementing her income. Her predicted net worth in 2021 is around $1.1 million.

Tiffany Cross was born on February 6, 1979, in Cleveland, Ohio, United States. She is a Christian African American with American citizenship. Tiffany grew up in Cleveland with her family, then moved to Atlanta, Georgia, and is now situated in Washington, DC with her family.

Tiffany hasn’t shared much about her early education, but it’s assumed she went to Cleveland for elementary and secondary school and graduated from high school in Atlanta. She opted to pursue a career as a writer and enrolled at Clark Atlanta University to study mass communication. She earned a degree in Mass Communication with a concentration in radio, television, and film.

When she first began her journalism career, she worked as a reporter at an Atlanta radio station. In the early 2000s, she began her main career as a journalist when she joined the CNN network as an associate producer. She worked for CNN until 2002 before joining the show America’s Most Wanted as a Producer in 2005.

In 2007, she was appointed Director of Communication for Brilliant Corners Research and Strategies, a position she held until 2009. Meanwhile, she began working for BET networks as bureau chief in Washington, DC, in 2008, and as a liaison to the Obama administration until 2011.

She co-founded The Beat DC in 2016, a political platform that focuses on politics, policy, and people of color. Tiffany was a managing director there until 2019 when she quit becoming a resident fellow at Harvard Kennedy School’s Institute of Politics. She started at the institute in 2019 and will finish in December 2020.

Tiffany joined the MSNBC channel after completing her residency. She began appearing regularly on the show AM Joy with Joy Reid and now hosts her own Saturday show, “The Cross Connection.” She is also an author, having authored works on politics, black minorities, and human rights, among other topics.

In July 2020, she launched her book, “Say it Louder: Black Voters.” “Our Voice” and “The Shaping of American Democracy” are two of her other publications.

Tiffany Cross served as a senior advisor for the Minority community for the National Education Association in 2011, focusing on organizing and partnerships. Tiffany worked for the organization until 2016. She has also previously volunteered for different organizations, including Calvary Women’s Services in 2006.

It is a non-profit organization that empowers homeless women in Washington, DC by providing housing, health care, education, and work. She is currently employed by the same agency as an education coordinator.

Tiffany is a frequent user of social media networks. She presently has 67k followers on her Instagram account, where she posts daily news updates, clips of her debates on various themes, live discussions on political matters, excerpts of her MSNBC show, and so on.

Tiffany runs several initiatives on her accounts and also expresses people’s ideas. She now has 844 Instagram posts. Tiffany has been on Twitter since 2010 and presently has 248k followers. She also has a Facebook page with 23,755 followers. 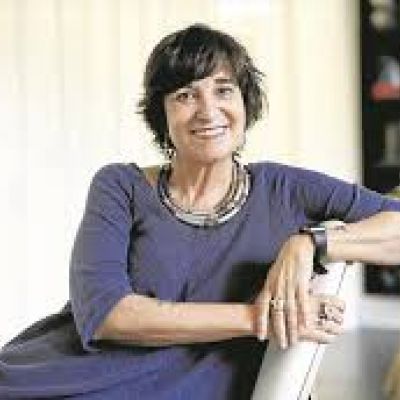