Jack Avery, One of the members of the well-known boy band Why Don’t We. Avery is a favorite among the audience since he is incredibly talented and stunning. His vocal prowess has brought him fame and wealth over the last few years.

Avery used social media to share his skills with the world, and now he works with the biggest names in the music business. The play will chart his development from a young basketball player to a well-known musician and father.

John Avery and Kristin Sanford welcomed Avery into the world on July 1st, 1999 in Burbank, California. He is the brother of three sisters and the second oldest child in his family.

When Jack was a year old, his family relocated to Susquehanna, Pennsylvania. He attended Pennsylvania’s Susquehanna High School, where he excelled as a basketball player.

Jack started learning to play musical instruments at a young age, but he preferred to play basketball. But it was his father who encouraged him to quit the court and pursue music instead.

When Jack learned to play the piano from his father, his musical odyssey began. Jack first picked up the guitar at the age of 12 after being inspired by Ed Sheeran. When he began posting videos of himself covering songs, his career took off.

In February 2014, he subsequently launched a YouTube channel. High Tide or Low Tide by Bob Marley was the song he covered for his debut video. He later created well-liked renditions of songs by Ed Sheeran and Elvis Presley, including Heartbreak Hotel and Thinking Out Loud.

When Avery participated in the IMPACT social media tour, he received more exposure. Additionally, he was given a small part in the 2015 movie The Fearless Five.

In April 2019, he and Gabriela Gonzalez had a baby.

According to rumors, Jack and Instagram sensation Gabriela Gonzalez began dating in 2018. For the majority of that year, they were the focus of breakup rumors, yet their love endured.

On April 22, 2019, the couple gave birth to Lavender May Avery, their first child. After his daughter was born, Jack wrote a lengthy Instagram post that included the following passages:

The event has been the most humbling of my life. It has positively altered my life for the rest of tthe ime. It’s a very special day today. The most unselfish person I have ever encountered is Gabriela, my angel. She is the one that motivates and inspires me to continue pursuing my goals. I feel very fortunate to be able to refer to her as the mother of our child.

The Instagram profiles of Jack and Gabriella frequently incorporate lavender. Jack described Lavender as his favorite person in a recent post.

He allegedly planned to leave “Why Do We Not”

Avery connected with artists Daniel Seavey, Zach Herron, Corbyn Besson, and Jonah Marais as his musical career developed, and the group Why Don’t We was born. One year after the group’s Los Angeles meeting, on September 27, 2016, the band was established.

Their debut EP, Only the Beginning, included their first single, Taking You. They started their first tour and distributed Something Different, their second EP, in 2017. The group released their third EP, Why Don’t We Just, on June 2, 2017, and in September same year, they signed with Atlantic Records.

In 2017, there were two more EPs, and they performed on the Invitation Tour in 2018. The trio and Ed Sheeran collaborated on the song “Trust Fund Baby.” After recording the song, the band spoke with MTV, and everyone praised Ed. cited by Daniel Seavey

When speaking with him, it seems as though you are conversing with a different man, but he is a genius. Given how dedicated he is and how successful he has been, he could say “I’m done” right now and continue to be terrific for the rest of his life, but that isn’t the goal. The music is the focus.

Working alongside one of his heroes was an honor for Avery, and it humbled him

Jack was said to be departing Why Don’t We earlier this year. It was claimed that the birth of his daughter was the cause of his departure. Avery didn’t believe he would be able to raise his child, make music, and go on tour. Thankfully, it turned out that those reports weren’t true. 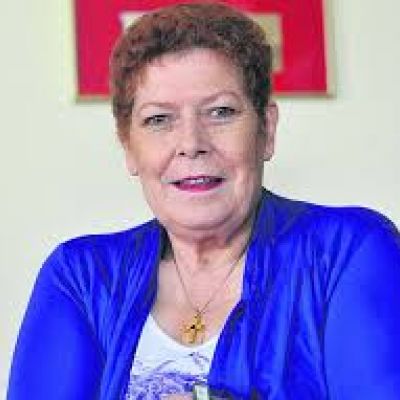