Rowan Blanchard, Another Disney star who seems to be bound for greatness. Many Disney children have achieved popularity throughout the years, including Zendaya, Zac Efron, and Cole Sprouse.

But Rowan is so much more than just what you see on film. The way she handles sensitive subjects has revealed a maturity beyond her years. Compared to most of the Disney stars that came before her, Rowan might have a more promising future.

Mark and Elizabeth Blanchard-Boulbol, two yoga instructors, welcomed Rowan Blanchard into the world on October 14, 2001, in Los Angeles, California. Rowan was given the name of the benevolent witch from The Witching Hour by Anne Rice. Shane and Carmen’s older sister is.

Blanchard began performing when he was only five years old. In the 2010 movie The Back-up Plan, she made her acting debut. In the following film, Spy Kids: All the Time in the World, Rowan portrayed Rebecca Wilson. She also appeared in the Dance-a-Lot Robot episode of the Disney original series.

Early in 2013, Rowan was cast as Riley Matthew in the Disney sitcom Girl Meets World. Rowan portrayed Cleo in the Disney movie Invisible Sister in January 2015. Rowan co-starred in the Disney rendition of A Wrinkle in Time, which debuted in theaters in March 2018.

It was revealed in 2019 that Blanchard would portray Alexandra in the suspense film Snowpiercer. Now that Snowpiercer has been revived for a second season, Rowan is destined to become a series regular. Rowan loves acting and appreciates how it allows her to escape from her everyday existence. She spoke with Interview Magazine;

“And at the end of it, I realized, like, that’s fantastic, and I enjoy being by myself, but at the same time, it’s such a relief to know that I have another person’s head who I can go into and whose life I can live. It serves as a sort of means of escape, almost like therapy.

Rowan has always been outspoken on topics like gun safety, feminism, and climate change. She is best known for discussing feminism, though. On her social media platforms, she frequently shares feminism-related content. In support of the #TeamHeForShe movement, Blanchard has spoken at the annual conferences of the US National Committee and UN Women.

Blanchard’s experience with catcalling from an older man inspired her to start tweeting about feminism and intersectionality. She spoke with Interview Magazine;

“And I simply recall sitting there and feeling my gut turn inside. It was such a bizarre situation. Since I frequently witness girls receiving catcalls in front of me, I know that it is happening. But I hadn’t felt it before that point… That evening, I went home without telling anyone. I can still remember lying in bed and thinking, “I don’t want that to ever happen to her.” My sister was 10 at the time.

Rowan changed her perspective on female oppression as a result of that incident. It quickly became too much for her to handle, and she turned to social media to vent. Rowan had a sizable following, so using social media was a no-brainer for her. Rowan went on;

“I, therefore, began posting stuff on Twitter, Tumblr, and Instagram because I am aware that I have a following, and the majority of our show’s viewers, in my opinion, are female. And I didn’t want them to go through that at any point. I simply started doing it because I could no longer stand it.

Rowan Blanchard is honest about her battles with her mental health

Rowan received criticism on social media for her lack of smile in her images towards the end of 2015. The timing of this criticism coincided with Rowan’s feelings of body insecurity. Rowan informed Time.

“At this moment in my teens, I was so insecure about everything, and people of all ages came for me and told me the way I was portraying myself online wasn’t enough. I was under a lot of pressure to be happy, but I wasn’t, so I questioned what was wrong with me.

Rowan sparked an internet ruckus on New Year’s Eve 2015 when she posted a lengthy Instagram remark about her battle with depression. Blanchard was only trying to express herself as best she could in the post, so she didn’t understand why it was causing such a stir.

According to Blanchard, talking with friends and engaging in therapy were the two most effective ways to deal with depression. She couldn’t bear a load of depression by herself. Rowan claims that including her friends in the discussion about mental health greatly aided her. She spoke to Time;

“I’ve had that relationship with a lot of my friends because we can discuss our mental health among ourselves, but we can also rely on grownups to recognize when we’re being serious when we tell each other we’re upset. The fact that everything is happening for the first time at this age makes things seem more bizarre and heartbreaking to others who are close in age.

Rowan Blanchard describes himself as gay

Rowan announced her queer identity in a tweet in January 2016. She separated herself from gender stereotypes and permitted herself to be like anyone in the future.

The blog article, Sorry not Sorry, which she had previously written for the website Rookie, followed the tweet. She discussed feminism and her reluctance to adhere to patriarchal norms in the piece. In the piece, she summarized her inspiration for writing in this sentence;

“I have particularly considered the emotions and egos of men as being inferior to and more delicate than my own. This technique dates back to elementary school, where it was first ingrained in me and my female classmates that our male counterparts would frequently, but not always, use our feelings, bodies, and minds against us.

Rowan’s post garnered a lot of appreciation and even the interest of celebrities like Miley Cyrus. Still Here is a novel that she wrote. Rowan has always used writing as a means of self-expression and social identification. She published a book titled Still Here in 2018. According to Goodreads, the book is;

Rowan Blanchard’s diary entries and photographs are included in STILL HERE, which she describes as “an unvarnished peek at Rowan Blanchard’s inner life and a heartbreaking picture of teen life in general.” 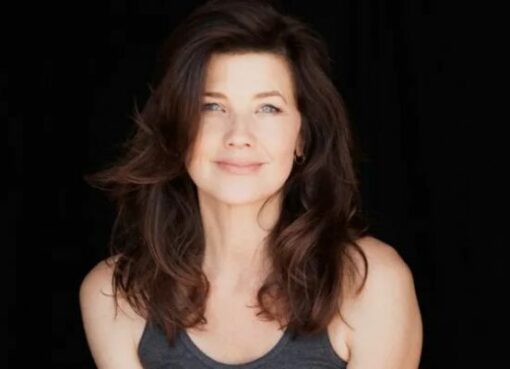 Growing up, Daphne Zuniga had no desire to be married. She did not want to give up what she had achieved in her work because she had witnessed enough marriages, both successful and unhappy, growing up
Read More