Derek Deso became well-known for sharing outrageous practical jokes on his channel. He currently has 2.5 million subscribers, and that number is increasing daily. Because of its radical nature, Derek’s content is distinctive. Beyond what other YouTube prank stars publish, his channel features more elaborate tricks and challenges.

On Derek’s channel, Sophia Turner frequently appears and makes a significant contribution to the material. One of the most known couples on YouTube is Derek and Turner.

The relationship between Sophia and Derek, Sophia’s work, and the couple’s family will all be discussed in this essay.

Derek dated Lycette Cornejo before he started seeing Sophia. Before parting ways at the end of 2018, Derek and Lycette worked together frequently. They attempted to reconcile after a terrible breakup, but it didn’t work out.

Since the beginning of 2019, Derek and Sophia Turner have started dating. After a few months of dating, they became engaged and chose September 12, 2020, as their wedding date. For several months, the pair kept their wedding date a secret before announcing it in early July 2020.

Although the content on their channel might lead you to believe differently, Sophia and Derek are in a happy relationship. The pair plays practical jokes on one another that could endanger a healthy relationship. Sophia recently informed Derek that she was carrying another man’s child, but it was a joke.

Derek replied by confessing his infidelity to Sophia. Sophia even called off the wedding since she didn’t realize it was a joke. Derek didn’t reveal that he had made up the cheating narrative to Sophia until the very end of the film.

If their subsequent pregnancy attempt is unsuccessful, Deso and Sophia will think about adopting a child.

Late in December 2021, Derek and Sophia’s attempt to become parents seemed to succeed. Their five-year wait for a successful pregnancy appeared to be over. Sadly, the couple lost their kid at the beginning of 2022.

The couple’s heartbroken announcement was made through a Facebook video on Derek’s channel (Derek primarily posts on Facebook). They expressed their dissatisfaction over the failure of their most recent attempt and announced their resolve to try again.

“It may not continue to happen to us forever.”

“I believe that the fact that we tried for a long time is what made this so difficult. We just so happen to be among the 20% of those who miscarry. I’m just going to assume that God just doesn’t want us to have children together if it happens again.

As they consider their choices, including adoption, Derek and Sophia said they will keep producing entertainment.

Sophia revealed a week later that the loss had an emotional impact on her because her body continued to produce pregnancy hormones. She added that she and Derek would shortly try to conceive again.

“Derek and I will give it another shot in the coming weeks. My doctor has given me the go-ahead to attempt, and they have assured us that the likelihood of this ever happening again is extremely remote. Unluckily, 20% of women experience this.

The couple’s Valentine’s Day celebrations were unaffected by the dreadful news. Teddy bears and roses were among the presents that Derek bestowed on Sophia. After placing a thousand roses in Sophia’s car, Derek stated, “I wanted to surprise you because I love you.

Derek refers to Sophia’s former partner’s son as his son.

Sophia had a son from a previous relationship when she started dating Derek. Quincy, the son of Derek and Sophia, and Derek have a strong father-son relationship.

To travel to Washington to pick up Q and bring him home, Derek recently took a vacation from posting. The idea of having Q around the house seemed to excite the pair.

Sophia enjoys all things beauty and hopes to become a content creator.

Turner describes herself as a “Lash Tech, Hair Stylist & Salon Owner” on her company page. She creates false eyelashes and sells them on Instagram.

Sophia just launched her own YouTube channel. She has several videos on the channel, but she is not as active on social media as her fiancé is.

During a Black Lives Matter demonstration in Los Angeles, Derek was detained.

Derek is one of the many YouTubers that have promoted the Black Lives Matter cause on their channel. He has been asking his fans to share love and has taken part in protests in Los Angeles.

Derek and a handful of his protesting friends were detained at one of the demonstrations for staying outside after curfew.

After being freed, Derek appeared in a YouTube video where he expressed his extreme dissatisfaction with the police system. He stated:

“It’s strange how it works because even when we distribute masks and urge people to share love rather than hate, we wind ourselves in jail. Things are funny. 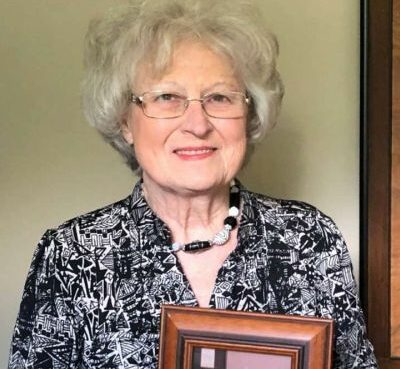 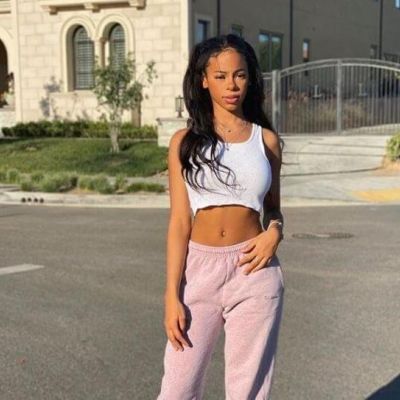 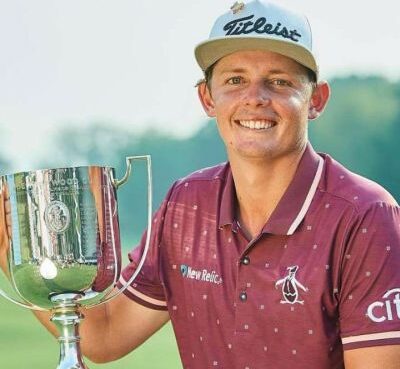 Cameron Smith- Biography Cameron Smith is a well-known and well-liked Australian professional golfer. She is a world-class golfer who has won the world's most prestigious individual competitions, inc
Read More