Are you looking for the fastest and most beautiful woman in the racing world? Then continue reading our list of the top female NASCAR drivers.

Among other things, women’s driving abilities are stereotyped. People often assume that women are physically deficient and lack a sense of direction. As a result, they believe that women cannot drive, let alone race.

However, we have compiled a list of the 17 Best Female NASCAR Drivers of All Time to demonstrate that they are here to change the stereotype. These women have made and continue to make history in their fields.

The Top 17 Female NASCAR Drivers of All Time

Before we get to know the drivers better, let’s take a look at the list as a whole.

Furthermore, this is not a ranked list. We believe that these NASCAR drivers are the best in their respective fields and are on their way to the top. All power to them!

Jennifer Jo Cobb is one of the top female NASCAR drivers on our list. Cobb, who was born in 1973, has been an active name in the industry. She began her career in the Xfinity Series in 2004, where she made 27 total starts.

Furthermore, she finished 29th in 2011, which was also her best finish. Jennifer made her debut at the Camping World Truck in 2008, and she has a total of 92 starts. She is still a racer to keep an eye on, as she drives for Jennifer Jo Cobb Racing and rides a number ten.

Tammy, who was born and raised in Georgia, began racing in the Xfinity series in 2003. There, she made 15 starts and finished in 45th place. Kirk also competed in the Camping World Truck Series in 1997, finishing in twentieth place with the most points.

She won 15 races in a year in the NASCAR Xfinity Series and 32 races in the Camping World Truck Series during her career. Tammy is happily retired as of 2022 and works as a motorcycle dealer.

Tina Gordon, who was born in 1969, is one of the most successful female NASCAR drivers in history. Her fascination with racing began in her husband’s short-track stock car. Her full-time racing career began in 1998, and by 1999, she had advanced to the NASCAR Pro Series.

Tina Gordon’s first race was in 2003 at the Florida Dodge Dealers, and her last race was in 2004 at the Infineon 200. Aside from racing, she runs a business called Tina’s Dream Ranch and is politically active.

Erin, who was born in Massachusetts, began her NASCAR career in 2005 when she made ten starts and finished 67th the following year. She also raced in the Camping World Truck in 2005, finishing with 29 starts. Her honors include Quarter Midget American Female Driver of the Year from 1993 to 1995.

She won the Knoxville award for Best Rookie in 2003. Erin was the top female NASCAR driver of all time despite never competing in the Sprint Cup.

Kim Crosby, born in 1964, is a talented NASCAR female driver who has won ten races in the last three years. Before beginning her racing career, she was the principal of a Louisiana middle school, where she served until 2004.

Her first race was at the Aaron’s 312 in 2004. She signed with Black Cat Racing the same year but left during Speedweeks. In 2005, she began working for GIC-Mixon. She currently drives for Monster Jam and is sponsored by the company. Kim revealed her plans to compete in NASCAR when the time is right.

Angela Cope is a well-known NASCAR driver who was born and raised in Washington. Cope began her career in this field in 2011 with the Xfinity Series.

She finished the race in 55th place, making her a strong contender to watch out for. But it was in 2010, and she only had one start to achieve her World Truck Series record at the Camping World Truck, where she finished 111th. Although she has not competed in the Sprint Cup Series, she is someone to watch.

Danica Patrick, a former NASCAR driver, is one of the most successful women in open-wheel racing history. She was the only female competitor in the 2008 Indy Japan 300.

Born and raised in Beloit, Wisconsin, her go-karting obsession began at the age of ten and has only grown since then. Patrick won several races for women in auto racing, including the IndyCar, NASCAR Cup, Indianapolis 500, and Daytona 500.

Her other honors include the 2005 Indianapolis 500 Rookie and the 2012 NASCAR Nationwide Series. Even though she is now retired, Danica has won 191 races in her seven-year career.

Hailie Deegan is a 21-year-old female NASCAR driver who was born and raised in Temecula, California. Deegan made her NASCAR K&N Pro Series West debut in 2018 and has 18 races under her belt in less than three years. She became the first female driver to win West Series races in both 2018 and 2019.

Her father, Brian Deegan, inspired her racing passion when she was seven years old. But it was in 2016 that she switched her tracks to asphalt races, and she became an asphalt professional in 2017. In 2016, she joined the NASCAR Drive for Diversity team and was awarded the Young Racer category prize.

Hailee began driving full-time in 2018 and won the West Series Championship, making history. Deegan also has a family YouTube channel, The Deegan’s, where she posts about her daily life and other topics.

Dominique Van Wieringen is a Canadian stock car racer who races for Rette Jones on a part-time basis at the ARCA Menards. She was born in Ontario and graduated with a degree in Mechanical Engineering. This 26-year-old won her first race at Mason’s Spartan Speedway.

Following the conclusion of the 2016 NASCAR K&N, she made her NASCAR Camping World Truck Series debut. She competed in the ARCA Daytona 500 in 2020.

Johanna was born on May 26, 1992, and has a legendary name in NASCAR. She began racing at the age of eight after falling in love with racing karts when she was five. Long was inspired by her father, who used to race late models.

She advanced to legends car races when she was 12 years old. Then, in 2009, she made her NASCAR debut, competing in the ASA Late Model Series, ARCA, and others. Long was scheduled to race only three races at the 2010 Camping World Races but ended up racing seven.

Robinson, who was born and raised in Iowa and is now retired, began her Spring Cup Series career in 1995. However, she began racing in 1993 with the Xfinity Series and made her Camping World Truck debut in 2003. She has also competed in the entire NASCAR national touring series, as well as ARCA Bondo and Daytona.

Shawna is one of the top 16 female drivers in the NASCAR Cup Series. Robinson is remembered as a capable racer who left a legacy in a male-dominated industry. Robinson was diagnosed with cancer in 2014 and underwent several treatments before being declared cancer-free in 2015.

Patty Moise, who debuted in the Sprint Cup Series in 1987, is one of the 17 best female NASCAR drivers in history. She debuted in the Busch Series at the age of 16, driving road course races.

In 1986, she competed in the Xfinity Series and at Road Atlanta. Moise won five Winston Cups between 1987 and 1989. Her last race was in 1998, and she is now happily retired, leaving behind her legacy.

Gracie Trotter, who was born on August 27, 2001, is the second female to win a West Series race. Starting with go-karting at the age of eight, she later progressed to competing in legends cars. She became the first female driver to win at Charlotte Motor Speedway in 2007.

Trotter was then chosen as one of 12 racers for NASCAR’s Drive for Diversity in 2018. She was later signed by Rev Racing for the 2019 and 2020 seasons. Grace has decided to race ten races in the 2021 ARCA Menards Series, but only as a part-time driver in positions 15 and 25.

Ruch is a former NASCAR Gander RC, Xfinity Series, and ARCA Re competitor. She was the third generation of her family to work in the racing industry. Ruch was given a go-kart at the age of nine and drove for the next seven years. Angela then began racing in late models when she was 15 years old.

She moved to Charlotte, where most NASCAR races are held, after leaving her hometown of Washington. Angela has remained active since then, most recently driving the Number 00 Toyota for Reaume Brothers Racing in 2020.

Natalie Decker is a young and upcoming racer who competes in the NASCAR Xfinity Series on a part-time basis. Decker has raced in the NASCAR Camping World Truck Series, the ARCA Menards Series, and the Drive for Diversity in 2015.

Despite her talent, she had to beg her father for a go-kart when she was nine years old. However, if she had not pursued her passion, she would not have seen her days of numerous wins and awards.

Before she started racing for NASCAR, Zamora was a super late model racer. Zamora was the first female winner of the Northwest Super Late Model Series in 2017 and 2018. In 2018, she was named Washington State Rookie of the Year and was invited to Drive for Diversity.

Tony Breidinger is unstoppable, and she became the first NASCAR driver of Arab-American heritage to compete in the NASCAR national series. She made her racing debut at the Daytona International Speedway. Similarly, her determination to become a NASCAR racer grew since she was a child racing in a go-kart.

She gradually rose through the ranks of auto racing during her adolescence and is now the only woman with 19 United States Auto Club victories at the age of 21. Tony stands out in a male-dominated sport by being one of only four women to compete in the Auto Menard Series this year. 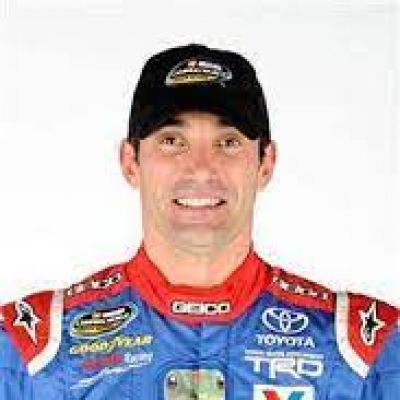 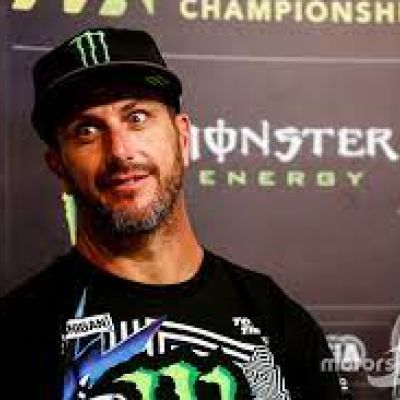