Yannick Bisson, a TV personality anniversary post says it all about their blissful marriage: “I love you to the moon.”

Yannick’s marriage has lasted decades, which is quite amazing in a field where long-lasting marriages are uncommon. And with their three stunning kids, their lovely family is even more complete.

What is the Net Worth of Yannick Bisson? Salary, Earnings

Undoubtedly, Yannick is one of the most recognizable faces on television. Since entering the acting business in 1984, he has starred in dozens of movies and countless TV shows.

His most illustrious appearance looks to be in the 2008-airing TV drama series Murdoch Mysteries, which is currently in production. Yannick has a 5 million dollar net worth according to CelebrityNetWorth due to his association with popular shows over the years.

The actor is already receiving enormous notice for his incredible work, and his admirers can’t wait to see what he will do next. Additionally, he will soon be seen on television in Baking All the Way, a movie that also stars his eldest daughter.

Three daughters, Mikaela Bisson, Dominique Bisson, and Brianna Bisson, who are all adults and thriving in their separate jobs with families of their own, were born to the actor from the Murdoch Mysteries and his wife, Shantelle Bisson.

A closer look at the family’s oldest daughter reveals that Mikaela, 32, is already wed to Craig, the love of her life. The wedding of Bisson’s daughter took place in October 2017. Mikaela, a cosmetic artist, makes sure to convey her love for her spouse through her swoon-worthy Instagram photos even though he isn’t online.

In addition, her father periodically makes an appearance on her social media, indicating a good father-daughter relationship. And most recently, she gave her parents a new addition: her son, Rory Ian Franklin.

Rory is Yannick’s first grandchild, so he can’t help but regularly show off his adorable little ball on Instagram.

Dominique, Yannick’s second child, works in the entertainment business as a camera and electrical department employee. Dominique is 30 years old. She has also worked briefly as an actress and as a celebrity stylist.

Despite being thirty years old, the woman is still single and living with her lover. She frequently uses her social media accounts to display the treasured times she has with her boyfriend while sharing sneak peeks into her love life. While both of his daughters, Dominique and Mikaela, chose separate professions from their father, Brianna is well-known for her role in Yannick’s Murdoch Mysteries. Her next projects include roles in the 2022 television movies Baking All the Way and Albatross.

The actress turned 25 this year, and her proud father celebrated by showering her with love in a celebratory Instagram post that read, Today marks 25 years! What a blessing and pure joy you are. You arrived completely unannounced, and you were delightful right away. The actor may be having his best life with his beloved wife by his side through every aspect of his life and his three adoring adult daughters.

Yannick’s enduring romance began during his time in high school. He and Shantelle have been together since high school, and their marriage in 1990 strengthened their closeness even further. Former fitness teacher Shantelle started working in the entertainment industry as a writer and producer of television programs.

Despite having busy schedules, they find time for each other because they both thrive in their different fields. Finding time to commemorate their wedding anniversary, Yannick sent the nicest message to the love of his life, reading,

I’d repeat the process. You have my undying love. Although I am aware that you have a busy day ahead of you, please know that there are still many experiences in store for us. With my favorite adventure partner, whether we’re exploring, dining, demolishing old stuff and erecting new stuff, taking in the scenery, or improving the world by giving to those in need… I’m happy to see you.

Along with the fact that his personal life is going well, the actor’s commanding screen presence also contributes to his sense of fulfillment. 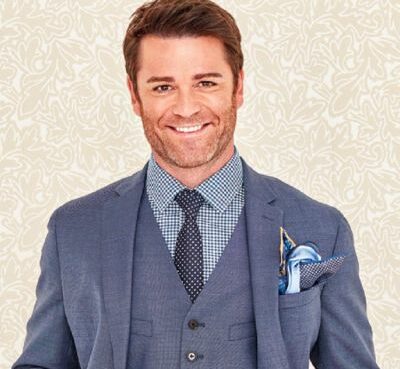 The Life of Yannick Bisson with His Daughters & Beautiful Wife

"I'd go through with it again. This remark from TV personality Yannick Bisson's anniversary post says it all about their blissful marriage: "I love you to the moon."Yannick's marriage has lasted d
Read More 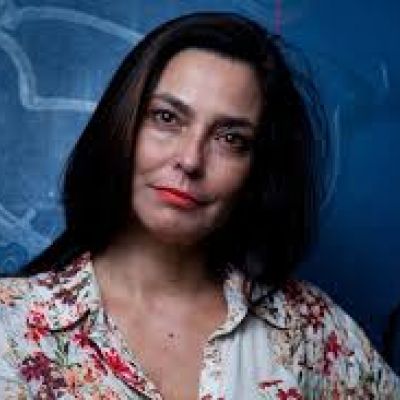