The unfortunate truth is that whenever there is a discussion about sports, it subconsciously targets and advocates for men. However, as time has passed, this logic can be seen rapidly sinking. Similarly, shooting has been regarded as a male sport. Even though this is a hot topic, many female shooters show off their badass skills.

Although men dominate shooting, there is no physical competition on the field. Today, as we discuss the best female shooters of all time, we will go over their skills and accomplishments briefly. Everyone on the list is a skilled shooter who contributes significantly to the field.

The 12 Greatest Female Shooters of All Time

Finally, please keep in mind that the list is not in numerical order, nor is it ranked higher than the others. As a result, they are excellent in their situation, and we are unable to organize them.

Here are the top twelve most fascinating female shooters of all time.

Calamity Jane is the first name on our list of the best female shooters. She was the two-faced devil and angel who pursued rivals as a frontier soldier while showing compassion to the poor. She was a well-known frontierswoman, sharpshooter, and raconteur all in one.

Jane worked as a dishwasher, cook, waitress, dance hall girl, nurse, and ox team driver throughout her life. She was also widely known for wearing men’s clothing and being acquainted with Wild Bill Hickok. Jane Cannary was the eldest of six children born to Charlotte M. Cannery and Robert Wilson Cannery. Later, she was involved in long-running military conflicts with Native Americans.

Anyone who has dabbled in the shooting arena is familiar with this name as one of the greatest shooters. Annie Oakley was a skilled sharpshooter who was born to Susan Wise Mosey (1830-1908) and Jacob Mosey (1799–1866). Annie had a difficult childhood because she was raised in poverty.

She was born in rural Ohio, close to the state’s border with Indiana. In addition, Annie was the sixth of her parents’ nine children. Annie was able to attend school during her late childhood and adulthood due to her poverty. She, on the other hand, has been shooting since she was seven years old and later supported her family by trapping and selling games.

As her professional career grew, she adopted Oakley’s stage name, which often reflected her sweet and cheerful personality. Annie was also a pioneer in the use of firearms by women throughout her career.

“I’d like to see every woman be able to handle firearms as naturally as they can handle babies.”
-Amanda Oakley

Lyudmila Pavlichenko’s name is associated with the word “lethal.” With 309 confirmed kills, this Russian shooter is the most successful female sniper in recorded history. Lyudmila was born in Bila Tserkva to parents Elena Trofimovna Belova and Mikhail Belov.

She was described as a tomboy who gave her all in competitive sports from a young age, and when her family relocated to Kyiv (the capital city of Ukraine, also known as Kyiv) when she was 14, she joined a shooting club. She finished her educational story in Kyiv and enrolled in civilian sniper training. She fought in the war when Germany invaded the Soviet Union for the rest of her life.

By the time she had 187 kills on the realm, even the Nazis feared her, and those who instilled fear in her earned her the nickname “that Russian bitch” in the German land. Lyudmila toured other continents to promote the war effort after gaining 309 kills

How could we leave Margaret Murdock off our list of the best female shooters? Right? To the unidentified reader out there. Margaret is a trailblazer for women in competitive shooting. She is the first woman to win a shooting medal at the Summer Olympics, as well as the first to win an individual open World Shooting Championship.

Margaret, a former US Army officer, is well-known for her confidence and success in international shooting competitions. She is, in fact, one of the shooters who defied the male stereotype in the arena. Margaret initially began shooting at eleven; however, she encountered numerous limitations for her women’s gameplays.

As a result, her professional career began at Kansas State University and other major championships. Following that, she joined the United States Army as a shooting instructor at Fort Benning, Georgia. She was promoted to major after four years of service.

Elena Allen is another name that comes to mind when we consider the best female shooters. Allen is a record-holding shooter with numerous medals to her name. She set a shooting record in 2005 that stood for seven years. Elena was born to Tatiana Bogdanova and has two sisters who are also shooters, Natasha and Maria.

Elena competed in the Soviet Junior Championships at the age of eighteen. She also frequently competes in the Olympics and Commonwealth Games. Her hobbies and training include shooting deer and birds.

Julie Golob is a professional markswoman who left the army to pursue a shooting career. Julie began shooting at the age of fourteen, and three years later, she competed in the United States Practical Shooting Association (USPSA).

Even during her army career, she was named US Army Female Athlete of the Year. Meanwhile, she is the only person to have won national titles in all seven USPSA divisions, as well as a national championship in all six.

Kim Rhode, a six-time Olympic medalist, is one of the most accomplished shooters in today’s date. She is the only successful female Olympic shooter and the only triple Olympic Champion. Similarly, she is the only person to have won two Olympic gold medals in Double Trap.

Rhode began her journey at the age of ten, was on safari by twelve, and won her original title at the age of thirteen. Finally, when she was seventeen, she won her first major Olympic gold medal. At the same time, Kim set a world record in skeet shooting in the 2012 Olympics, hitting 99 out of 100 clays.

“THE GREAT THING ABOUT SHOOTING IS THAT IT DOESN’T MATTER WHAT SIZE OR STATURE YOU ARE. SO THAT BOTH MEN AND WOMEN CAN COMPETE ON AN EQUAL PLAYING FIELD. BUT IT’S FANTASTIC; I’M NOT GOING TO LIE AND SAY I’M GOING OUT THERE TO BEAT THE BOYS JUST AS MUCH AS THEY LIKE TO BEAT THE GIRLS.”
RHODE, KIM

Eva Shockey is one of the best female shooters with a diverse set of skills; as a result, she excels and thrives in a variety of roles. She is an acclaimed bow hunter, conservationist, social media influencer, brand ambassador, and television personality. Eva Shockey is the daughter of Jim Shockey and Louise Johann.

She began shooting when she was only twenty years old, so it hasn’t been long. In any case, she, like her father, is an avid hunter. Eva is best known in her fandom as “Martha Stewart of the Outdoors.” She also has the same desire for hunts that every shooter does. She hunted the moose that fed all of her wedding guests back in 2015.

Lena Miculek is a professional practical sports shooter who has been competing since she was a child. She was also born into a legendary family, with both of her parents, Jerry Miculek and Kay Miculek, being competitive shooters.

Miculek has loved it since she was eight years old, but she has only competed professionally since 2011.

Ginny Thrasher, a young and talented athlete, is the 2016 Rio Olympic Games’ first Gold Medalist. She used to be a figure skater before becoming a sports shooter in 2011. Her hunting trip with her grandfather inspired her on the field. Ginny was born to parents Roger and Valerie Thrasher and has two brothers, according to her background check.

Ginny Thrasher enjoys traveling and public speaking in addition to shooting. She has a total of 12 All-American honors.

Diane Sorrentino has been a well-known shooting competitor since she first entered the industry. She is a gun enthusiast who began her journey in 1993 for the shooting clays competition.

Ashley began her career in the field at the age of ten and joined Team Glock when she was eighteen in 2017. She began shooting after falling in love with the sport while deer hunting with her father.

Ashley has won titles as the Ladies Champion in the USPSA Multigun Nationals, the World Speed Shooting Championship, the IPSC Nationals Production Optics, and the IPSC Rifle World Shoot. Meanwhile, she is an IDPA Distinguished Master. She is also a two-time overall winner of the A Girl & A Gun Fall Fest Multigun Challenge. 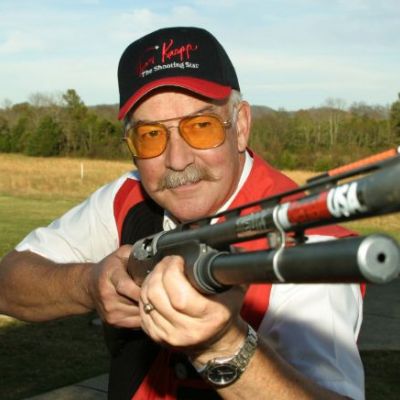 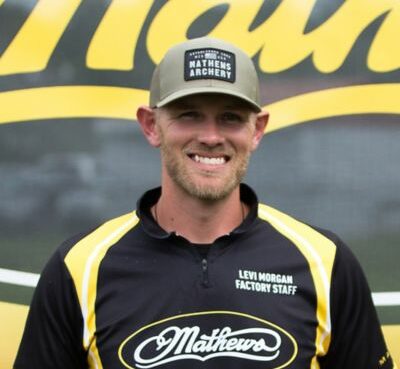