Who is Taylor Thorne?

Taylor Thorne was born on April 1, 2004, in Canada. Her zodiac sign is Aries, and she is a Canadian citizen. She is a dancer and actor best known for her role as Taylor West in the drama series “Northern Rescue,” which has been on the air since 2019 and was produced by Mark Bacci, David Cormican, and Dwayne Hill. The series, starring William Baldwin, Kathleen Robertson, and Amalia Williamson, follows John West, a search and rescue captain who relocates to Turtle Island Bay with his three children after his wife’s death — it won six prizes and was nominated for another six.

Taylor stands at 5ft 2ins tall and has beautiful blonde hair and blue eyes (1.57m). Her age is sixteen.

Taylor and her younger sister Addy were reared in Canada by their mother Bobbie, who works as a bridal shop manager, and their father, who is a lawyer but prefers to keep out of the spotlight. Taylor was always interested in dance as a child and began her professional career when she was seven years old and performed in front of an audience for the first time. She is currently enrolled at a local high school in Kitchener, Ontario, where she is physically active, playing soccer and tennis in addition to attending Dimensions In Dance Studio. Taylor Thorne intends to move to Los Angeles, California after she graduates to pursue her acting career; she does not appear to be pursuing a college degree.

Taylor made her acting debut in the 2016 episode “Extreme Cakeover/A Job Well Undone” of the comic action-adventure series “Odd Squad,” in which she played Agent Opa. The sitcom, created by Timothy McKeon and Adam Peltzman, is about two eight-year-old boys named Olive and Otto who are members of the “Odd Squad,” which aims to solve all problems using math – the show was a great hit, winning 39 awards and being nominated for 106 more.

In 2018, Taylor was cast as Chloe Fowler in two episodes of Todd Katzberg, Jason Smilovic, and Ken Robinson’s action-thriller series “Condor” – “A Question of Compromise” and “A Good Patriot.” Max Irons, Kristen Hager, and Bob Balaban appear in the series, which follows Joe Turner, a CIA analyst who is attempting to avert the deaths of millions of people. Marko Vujicic got a Young Entertainer Award for Best Guest Starring Your Actor – Television Series for his role in the series.

Taylor acted alongside Claire Coffee, Lisa Berry, and Siobhan Murphy in the thriller film “The Sisterhood,” directed by Jean-Francois Rivard and written by James Phillips, in which she played Grace Shields. It follows the life of a woman who has recently lost her mother, divorced her husband, and failed to receive a promotion at work that she was confident she would receive. Taylor went on to play Young Sera in the science fiction film “Project Ithaca,” starring James Gillanders, Deragh Campbell, and Daniel Fathers, and following a group of people who wake up on an alien spaceship and must now work together to return to Earth – the film received mixed reviews, but Daniel was nominated for an ACTRA Toronto Award for Outstanding Male Performance.

Taylor’s most recent performance was in the 2019 comedy series “In the Dark” episode “Rollin’ with the Homies,” in which she played Young Murphy. Corinne Kingsbury developed the story, which is about a blind girl who is trying to figure out who killed her best friend. Taylor was recently cast as Mary in the upcoming drama film “Bordello,” which will be released in the second half of 2020 and will feature a young woman who begins living in a brothel to escape from society’s narrow-mindedness. Kris Holden-Ried, Nisa Gunduz, and Heidi von Palleske will feature in the film.

Taylor Thorne estimated Net Worth, Salary, Income, Cars, Lifestyles & many more details have been updated below. Let’s check, How Rich is Taylor Thorne in 2020 -2021?

Taylor is very close to her younger sister and their mother, and she frequently posts images of them on her Instagram account, whereas her father is rarely mentioned. She is a very social person who spends the majority of her free time outside with her friends, playing sports such as soccer and table tennis with them as well as playing video games with them on occasion. Taylor has claimed multiple times that her sister is her best friend.

The majority of her followers believe she is too young to be dating, yet reports are circulating on the internet that she is currently dating her high school love. Several witnesses claim to have seen Taylor holding hands with the unknown boy, but Taylor has remained silent about the claims, implying that she is still single. 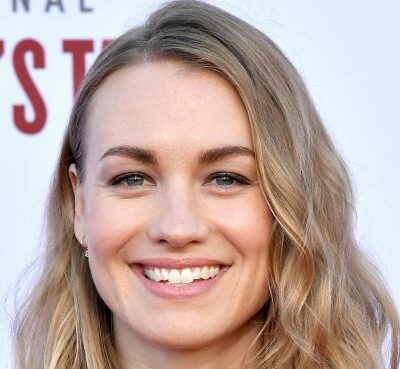 Yvonne Strahovski is an Australian actress based in Hollywood. Yvonne Strahovski has appeared in films and television shows such as "Chunk," "Gone," "Double the Fist: Fear Factory," "Killer Elite," an
Read More