Critical essayist, cultural critic, novelist, and director Susan Sontag also produced films. Among many other works, she wrote “On Photography,” “Illness as Metaphor,” “The Volcano Lover,” and “In America.”

On January 16, 1933, Susan Sontag was born in New York City. She achieved fame with her essay “Notes on Camp” in 1964. Sontag gained notoriety for her fiction like The Volcano Lover (1992) and In America (2000), for which she won the National Book Award, as well as for her nonfiction works like Against Interpretation and Other Essays (1966), On Photography (1976), and Illness as Metaphor (1978). Sontag passed away in New York on December 28, 2004, from cancer.

Mildred and Jack Rosenblatt welcomed Susan Sontag into the world on January 16, 1933, in New York, New York. The couple later welcomed Judith as a second daughter. Sontag’s father was a fur trader, and because of his work, her parents had to relocate while Sontag remained in New York with her grandparents.

When Sontag was still a youngster, her father passed away. Due to Sontag’s asthma, her mother relocated the family to warmer regions, eventually settling in California. Mildred married Nathan Sontag, an Air Corps captain, in 1945; a preteen Sontag would inherit his last name.

Sontag started reading and learning a lot. She attended the University of California in Berkeley before transferring to the University of Chicago, where she met lecturer Philip Rieff, after graduating high school at the age of 15.

Less than two weeks after they first met, the couple were married and had a son named David. After receiving a bachelor’s degree in philosophy, Sontag continued her education by completing doctoral work at Oxford and the Sorbonne in addition to her master’s degrees in English and philosophy at Harvard.

Even though Sontag engaged in sexuality-based cultural criticism, she was normally discreet about her relationships and had several close female friends, such as Eva Kollisch and photographer Annie Leibovitz, with whom she co-wrote the book Women (1999).

In 1975, Sontag received a diagnosis of an aggressive kind of breast cancer. In the 1978 book Illness as Metaphor and the subsequent book about stigma and health, AIDS and Its Metaphors, she discussed how misconceptions about the illness might hinder efficient treatment (1989).

Sontag passed away in New York City on December 28, 2004, from a type of leukemia. Sontag was honored in the book Swimming in a Sea of Death: A Son’s Memoir by her son David, who later went on to become an editor and writer (2008).

By the late 1950s, Sontag had returned to the United States and decided to divorce Rieff. She then moved back to New York City with her son. In addition to working as a college instructor, she started to establish a reputation as a writer by contributing to periodicals like The Nation and The New York Review of Books.

She received praise for her essay “Notes on Camp” which she published for The Parisian Review. The Benefactor, published in 1963 by Farrar, Straus & Giroux, Sontag’s publisher for the entirety of her career, was another project she was working on.

Sontag questioned conventional ideas about how art should be read and consumed, as well as what cultural motifs could be given serious consideration, as an academic and a woman in what was still far too frequently a boys’ club.

She was a Renaissance woman who wrote everything from fiction like I, etcetera: Stories (1978) and The Volcano Lover to books of nonfiction prose like Against Interpretation and Other Essays (1966) and On Photography (1977). (1992). In addition, she produced and directed movies including Letter from Venice and Duet for Cannibals (1969). (1981).

Throughout her career, Sontag sparked a great deal of controversy. Detractors criticized everything from her political views (she originally expressed sympathy for communist regimes before changing her mind) to the volume of media coverage she received.

Unfazed, Sontag carried on with her nonfiction writing, including the plays Alice in Bed (1993) and Regarding the Pain of Others (2003), as well as the novel In America (2000), for which she received a National Book Award. (The author/intellectual won several awards for her work.) As part of the unrest in the area, Sontag also directed plays like Waiting for Godot by Samuel Beckett in Sarajevo in 1993. 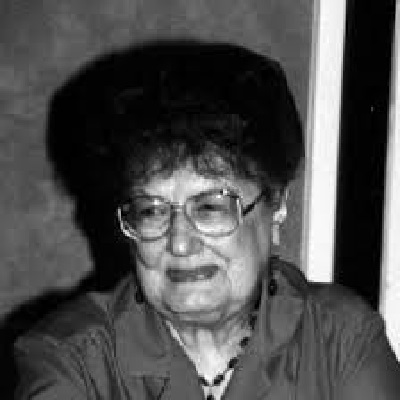