Retta, well known for her role as Donna Meagle on the NBC sitcom Parks and Recreation, has played the part of a married lady onscreen.

Furthermore, she frequently flaunts her on-screen husband on social media. But what about her private life; does she have a husband to flaunt in public?

When was Retta born?

Retta graduated from Duke University. She began her career in pharmaceutical research, but in 1996, she changed her career direction after attending her first open-mic night.

Retta later made her television debut in 1997 on the American sitcom Moesha. Many opportunities opened after Moesha, and she advanced in her career, becoming a member of the collegiate comedy tour in 1998. She was also nominated for Female Comedian of the Year by Campus Activities Magazine.

Most individuals are concerned about their weight, and losing weight does not always have advantages; it also has disadvantages. Retta made a lighthearted reference to one of the issues associated with weight loss on Twitter in December 2013.

She is most recognized for her roles in Parks and Recreation, Fracture, and Father Figures (2017). Retta has amassed substantial wealth as a result of her dedication to her trade, as seen by her net worth of more than $2 million dollars.

Retta has kept her off-screen personal relationship under wraps, leaving her followers in the dark about her love life. She does, however, brag about her on-screen hubby on social media.

Retta posted a photo of Jim O’He and herself on Instagram in May 2017, with a statement that speaks volumes about their relationship.

Similarly, in September 2015, she posted a photo of her set spouse and two gorgeous ladies on Instagram, where she showed her love for Jim in the text while discussing the trailer for their show.

Retta’s propensity for secrecy in her life has driven her fans to speculate on their own. It’s possible she’s relishing her single status. You never know, she might be good at surreptitiously romancing her boyfriend! 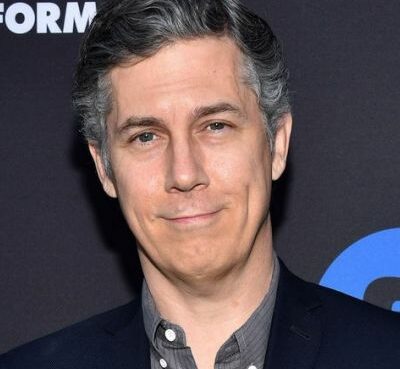 Who is Chris Parnell? Chris Parnell is a well-known individual who gained notoriety and attention for appearing on the excellent program Saturday Night Live. He has voiced characters in a variety of
Read More