Paulo Tolosa is a TikTok sensation from the Philippines. Tolosa is the owner of @thegreatpaulo, a verified TikTok account with over 1.8 million followers. His POV and duets are well-known. Paulo also promotes several products, including Nike, PASSIVE, and others.

What is the Net Worth of Paulo Tolosa? Salary, Earnings

Paulo Tolosa earns money from a variety of sources. He makes money from brand endorsements and as a TikTok content maker. His estimated net worth is $1.5 million. His dedication and hard work will undoubtedly bring him good fortune in the coming days.

On April 9, 2002, Paulo Tolosa was born. Chico is his nickname, and he is 20 years old. His mother Jenny Tolosa gave birth to him in Pampanga, Philippines. He has kept his father’s identity a secret. In terms of his younger brother, he has Prinze Tolosa, whom he frequently features in his TikTok videos.

Similarly, he is Filipino by nationality and of Asian ethnicity. His astrological sign is Aries, and he was born in April. He hasn’t mentioned anything about his educational background. He could be a university student, based on his age.

Paulo Tolosa has a straight sexual orientation. He hasn’t revealed anything about his personal life. Paulo is more concerned with his profession than with his personal life. He has, however, stated on his Twitter account that he requires someone willing to spend time with him.

TikTok content maker Paulo Tolosa. He is the verified owner of the TikTok account @thegreatpaulo, which has over 1.8 million followers. In February 2020, he started his TikTok account. His account has a total of 72.2 million likes. His contents include POV, he portrays himself as a mafia’s son, duets, and so on.

‘#pov we’re at a party and I fell ‘cause I’m drunk af and u helped me stand up’ was the first-ever video uploaded on his TikTok account. ‘#pov I’m the son of the mafia leader and you are my girlfriend that my father approved, we played and flirted while I train you.’, and ‘you’re the new girl from school and you asked the popular guy in school for directions’ are some of the videos that paved the way for him to be a TikTok star. He often posts Billie Eilish’s ‘bad guy’.

‘#pov while running from your crazy ex, you run into a dangerous mafia leader and ask for help ‘ uploaded on 30 July hit 1.4M views. This is the first video on his account to get the first million views. Likewise, ‘#pov you visited your boyfriend’s dorm for the first time and found out that your ex and your bf are roommates’ has the highest views with 3M.

‘Say less’, ‘Let me try it again, and ‘#pov you got visited by an old friend in prison (part 1)’ are some of the videos with millions of views.

He joined YouTube on 24 October 2020. He has 58K subscribers on his self-titled channel. As per the other online sources, he posted his first- video on November 29, 2020, titled, ‘Chico’s QnA ft. Patrick (Shazam)’. As of now, his YouTube channel has no video but the subscribers he has amassed are amazing.

He endorses some of the brands like PASSIVE and Lovely Queen accessories. Likewise, he also uses his social media profiles to promote the products of Snap Shop.Co and Street Trails. Tolosa also endorses the brand of mobile phones like Huawei. Similarly, he also endorses another popular brand, Nike. He has uploaded Nike’s shoes and bags to his Instagram account.

Paulo Tolosa stands tall with the height of 5 feet 7 inches which equals 170 cm. He is 68 kg in weight and slim build. His eyes and hair color are Dark Brown. He has a good physique but his other body measurement like chest size, hip size, and waist size are not recorded yet. His distinctive features are he has fuller lips with a beautiful spot on his lower lips. He has sported a cut on his left eyebrow. 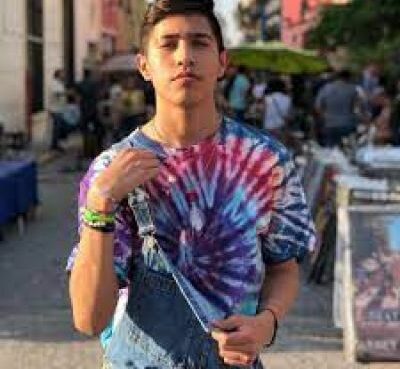 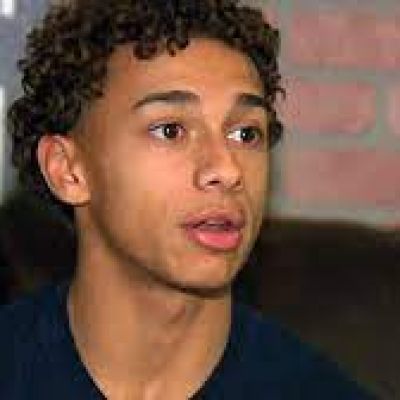