Nicola Coughlan, a Capricon with old-soul wisdom and inner resourcefulness, will be 33 years old on January 9, 2020.

Nicola Coughlan may appear to be an example of “overnight success,” but the reality is quite the opposite. She had a difficult time making a name for herself.

During an interview with GLAMOUR magazine, she spoke candidly about the most difficult time of her life, with real tears in her eyes. Nicola stated that she needed to return to Ireland from London. She hadn’t had an audition in about a year, so she had to move back in with her parents because she didn’t have any money in her bank account.

She was 28 years old, depressed, and,

“I needed to ask my parents if I could go out for coffee. I thought to myself, ‘I’m 28, I’m too old to have done this!’ I began to believe – and this is a dangerous thought – that I didn’t want to be around people because I didn’t want to make them feel bad. I was afraid that if I went out with my friends, I’d be the worthless person in the corner, but that’s a dangerous way of thinking.”

Nicola eventually turned her life around with the help of her “amazing” parents and friends, and she now has a much more positive outlook on life.

She claimed that her sister, Mary Coughlan, literally dragged her out of bed, forced her to go for a run, and instantly restored her sense of purpose.

And now that she has it all and has achieved success, Nicola finds it especially difficult to accept that her father (who died five days before she was cast in Derry Girls) will not be able to witness it. She revealed herself on a radio show,

“Unfortunately, he had no idea I had received it. It’s too bad he didn’t get to see it. I’m so privileged, so lucky, and I have such a wonderful life.”

Nicola Coughlan, with a height of 5′ 1′′ (1.55 meters) and a recently reported weight of 55 Kg, has been very vocal about body image issues.

For example, she hit back at The Daily Mirror, saying, “I mean incorrect @DailyMirror, I look smoking, sorry bout it,” for labeling her TV BAFTAs dress as “not the most flattering.” Or the time she tweeted about a theatre critic calling her an “overweight little girl.”

Regardless of what the critics say, Nicola does appear “Smokin,” as she admitted. She was born in Galway, Ireland, and is naturally blonde. She clearly has the features of a beautiful Irish woman, especially the blue eyes and flawless skin, which must have gotten her a lot of admirers.

Nicola Coughlan’s popularity on social media platforms is growing over time. She had 256k Instagram followers and over 185.4k Twitter followers as of the date. She is full of wit and intellect, and she truly makes her profiles a fantastic place to be.

Movies, TV Shows, and Net Worth

Before becoming the first person to be cast on Bridgerton, Nicola was known for her role as borderline neurotic schoolgirl Clare Devlin in the Channel 4 sitcom Derry Girls.

She began filming Bridgerton in July, after finishing series two of the show in November 2019.

In addition to Bridgerton, the rising star had two more shows on Netflix (in America) in 2020: two seasons of Derry Girls and a special holiday episode of the Great British Baking Show.

Nicola, who worked part-time as an optician in her hometown in 2017, appeared on the TV shows Harlots (lead), Doctors (guest lead), and The Phantom Cnut (short film). Not to mention, she is set to appear on the Taskmaster’s New Year Treat’s comedy panel in 2021, despite having several theatres and voice credits and a few notable accolades.

What is the Net worth of Nicola Coughlan?

Meanwhile, Nicola Coughlan is said to have a net worth of more than $1 million.

Nicola Coughlan estimated Net Worth, Salary, Income, Cars, Lifestyles & many more details have been updated below. Let’s check, How Rich is Nicola Coughlan in 2020 -2021?

Nicola Coughlan is a partner, wife, and husband

Nicola Coughlan was not married at the time of this writing (December 2020), and she had never had a husband in the past.According to (most of) her tweets, Nicola did not appear to be dating anyone at the time. For example, in January (2020), she denied having a boyfriend with this tweet,

“Okay, I’ve gotten a bunch of messages saying there’s some dude on the internet claiming he’s my boyfriend and he’s visiting me on set and various things, so can I just say?”

The other time (in 2017), Nicola tweeted this, followed by a “No” response to what she had written,

“My cab driver just told me that if I ever want to be a successful actor, I need to date a famous actor.”

Meanwhile, Nicola’s Instagram revealed that she had a very special relationship with her long-time friend, comedian, and writer Jack Rooke. Both have been sharing posts on their respective pages, leading fans to believe they are “partners.” 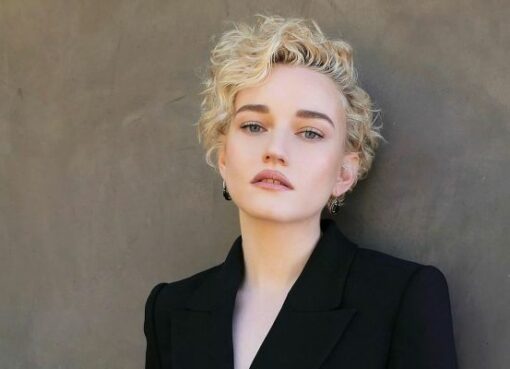 Many people don't like Julia Garner's accent in the much-anticipated Netflix series Inventing Anna, which just made its debut. In the Netflix series Ozark, Garner, a well-known American actress, portr
Read More