So, can you guess which NHL teams are the most valuable? Can you imagine how much the net worth of the most valuable team in the NHL is? The pandemic disrupted the game’s regular seasons, and the NHL, like all others, suffered a massive revenue loss. Thankfully, as the world slowly recovers from the pandemic, the league is also slowly reviving.

The New York Islanders are the tenth most valuable NHL team, with a total value of $950 million. The team, also known as Isle, is based in Elmont, New York. The team was established in 1972. It is a member of the NHL’s Metropolitan Division in the Eastern Conference. It is one of three NHL franchises in the greater New York area.

The Islanders achieved instant success two years after their inception, securing 14 consecutive playoff berths. Their feat of winning 19 consecutive playoff series between 1980 and 1984 is a league record. They are the last team in any major professional North American sport to win four consecutive championships and more than two consecutive Stanley Cups.

The team’s jersey is royal blue, white, and orange. Similarly, their logo features three color stripes on a hockey stick. For the 2020-21 season, they played all of their home games at the Nassau Coliseum.

The Detroit Red Wings, a professional ice hockey team based in Detroit, are the ninth most valuable NHL team. They have a market value of $990 million and play in the Atlantic Division of the Eastern Conference. The Red Wings were one of the original six teams when they were founded in 1926.

Since the 1983-84 season, the Wings have won six regular-season championships. They have also won the Stanley Cup four times, and as of 2022, they have the most Cup wins of any NHL team based in the United States. Since the 1930s, the team’s jersey has remained largely unchanged, consisting of red and white stripes.

Their logo, a winged wheel, was voted the second best in the NHL in 2008.

The Los Angeles Kings is an ice hockey team based in Los Angeles. Forbes estimates their worth at $1.025 billion, placing them eighth on our list of the most valuable NHL teams. The team was established in 1967. The team was one of six that joined the league as part of the 1967 NHL expansion. It competes in the Western Conference’s Pacific Division.

During the 1970s and early 1980s, the Kings established themselves as one of the best teams in the NHL. Wayne Gretzky, widely regarded as the greatest hockey player of all time, contributed to the team’s success. The team ran into financial difficulties and declared bankruptcy in 1995. After a period of mediocrity, the Kings made a comeback in 2009-10, breaking a six-year playoff drought.

The team’s logo has changed several times over the years. The team has used the crown logo as its primary logo since 2002. Their uniform colors are black, silver, and white.

With a value of $1.1 billion, the Edmonton Oilers are the seventh most valuable NHL team. The team was established in 1971 as the Alberta Oilers. The Edmonton Oilers are based in Edmonton and compete in the NGL as a member of the Western Conference’s Pacific Division. Rogers Place, which opened in 2016, serves as their home arena.

The team is one of Alberta’s two NHL franchises. It was one of the major professional World Hockey Association’s twelve founding franchises (WHA.) When the NHL and WHA merged in 1979, they became part of NGL.

The Oilers have won the Stanley Cup five times since joining the NHL, tying them for the most championships since the merger. Similarly, the team has won seven Conference titles and seven Division titles.

Oiler’s former primary logo was used in some capacity from 1996 to 2012. The colors of the team’s uniform are royal blue, orange, and white. The team reintroduced the 1980s blue and white jerseys at the start of the 2022-223 season.

The Philadelphia Flyers, a professional ice hockey team based in Philadelphia, are ranked sixth among the most valuable NHL teams. It competes in the league as a member of the Eastern Conference’s Metropolitan Division. The franchise was established as part of the 1967 NHL Expansion.

Their home arena is the Wells Fargo Center, which they share with the NBA’s Philadelphia 76ers and the NLL’s Philadelphia Wings. The Flyers are the first post-Original Six expansion team to win the Stanley Cup. Similarly, among the 24 expansion teams, they have appeared in most conference finals.

As of the 2021-22 NHL season, the Flyers have the league’s third-best all-time points percentage of 57.1%. Forbes estimates that the franchise will be worth $1.2 billion by the end of the 2021 season.

The uniform of the team is a mix of orange, black, and white. For the 2020-21 season, the Flyers unveiled a special “Reverse Retro” alternate uniform. The uniform resembled the team’s darker burnt orange jersey worn from 1982 to 2001.

The Boston Bruins are the fifth most valuable NHL team, valued at $1.3 billion. The team was established in 1924 and is the oldest in the United States. The Bruins are the NHL’s third-oldest active team and one of the original six teams. They compete in the league’s Atlantic Division of the Eastern Conference.

The franchise has called TD Garden their home arena since 1995. The Bruins have six Stanley Cups, five Conference Championships, and 26 Division titles to their name. The team is tied for the fourth-most Stanley Cup championships, with the Blackhawks, and is the second-most for an NHL team based in the United States. Throughout the 2019-20 season, they had the best record in the Atlantic Division.

The Bruins’ uniform is black, gold, and white. Its current logo, an eight-spoked, black and gold wheel with the letter “B” in the center, has been in use since 1948 and has undergone several changes.

The Chicago Blackhawks are ranked fourth among the most valuable NHL teams. The team was founded in 1926 and is one of the NHL’s “Original Six.”The franchise is based in Chicago and is also known as the Hawks. They are a member of the Western Conference’s Central Division in the NHL. They have called United Center their home arena since 1995.

The Blackhawks have won six Stanley Cups since their inception. Similarly, they have four Conference titles, two Presidents’ Trophies, and 16 Division titles. The Blackhawks wear red jerseys with three sets of black and white stripes down the sleeves and waist. They’ve been using the same logo since 1955, with only minor changes.

The team’s logo was originally designed with a crudely drawn black and white Native head in a circle. The designs changed dramatically between 1926 and 1955. The franchise’s logo was named the best in the league in 2008.

We’ve narrowed it down to the top three NHL teams. The Montreal Canadiens are ranked third, with a market value of $1.6 billion. The Montreal Canadiens are a hockey team based in Montreal, Quebec, Canada. The National Hockey Association established the franchise in 1909. (NHA). Later that year, as one of the “Original Six,” the team joined the NHL.

The team is also one of the world’s longest-running professional ice hockey franchises. Furthermore, they are the only team in the NHL that predates the league’s inception. The team has several nicknames but is most commonly known as the Habs. Similarly, they are one of the oldest professional sports franchises in North America, predating every other Canadian franchise.

The Canadiens have won the prestigious Stanley Cup championship more times than any other team in their long history. They have won 24 Stanley Cups, with 23 of them coming after the NHL was founded. The iconic “C” and “H” logos of the team are among the oldest and most recognizable symbols in sports history. Since 1911, their uniform colors have been blue, white, and red.

The Leafs are one of the NHL’s original six members, having survived the League’s retrenchment during the Great Depression. They compete in the league’s Atlantic Division of the Eastern Conference. Since their inception, the Maple Leafs have won 13 Stanley Cups and six Division titles. They have the league’s second most Stanley Cup victories.

The franchise has gone through several name and logo changes over the years. The maple leaf with the franchise name appears on the team logo. Their uniforms are blue and white.

The most valuable NHL team title belongs to the New York Rangers, a professional ice hockey team based in New York City. The company, which was founded in 1926, is worth an estimated $2 billion. Before the 1967 expansion, the team was one of the NHL’s “Original Six.” They compete in the league’s Metropolitan Division of the Eastern Conference.

The team’s home arena is Madison Square Garden, which they share with the NBA team New York Knicks. The Rangers won their first Stanley Cup championship in 1928, making them the first NHL franchise to do so in the United States.

The franchise released a “Reverse Retro” alternate uniform featuring the Lady Liberty design for the 2020-21 season. From 1996 to 2007, the team wore the design. 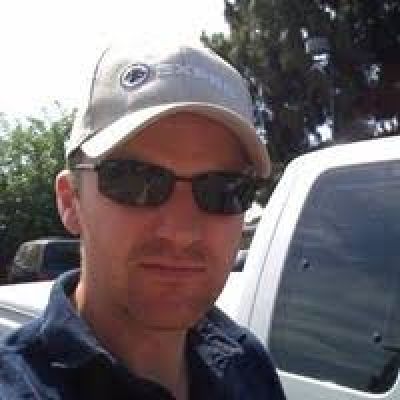