Among many other parts she landed throughout her career, Nancy Kulp, an American actress, rose to fame for her portrayal of Miss Jane Hathaway in the television series “The Beverly Hillbillies” (1962–1971) and Wilhelmina Peterson in the western movie “The Night of the Grizzly” (1966).

What is the Net Worth of Nancy Kulp? Salary, Earnings

Do you know how wealthy Nancy Kulp was when she passed away? Throughout her career, Nancy starred in over 90 movies and TV shows, all of which helped her accumulate a fortune.

According to sources, Nancy may have had a net worth of $1.1 million.

The daughter of Marjorie C. and Robert Tilden Kulp was born on August 28, 1921, in Harrisburg, Pennsylvania, in the United States. She was the only child of a traveling salesman father and a school teacher mother.

She was raised in her hometown before the family relocated to Miami-Dade County, Florida, in the United States. After high school, Nancy enrolled in Florida State University, then known as Florida State College for Women, where she studied for her education and graduated with a bachelor’s degree in journalism.

At the University of Miami, she continued her study by pursuing a master’s degree in both English and French. Nancy, however, decided to join the US Naval Reserve during the Second World War and stop her studies.

She attained the junior grade rank of lieutenant and was recognized for her service with a number of accolades and honors, including the American Campaign Medal. She received an honorable discharge in 1946.

How did Nancy Kulp start her Professional Career?

When Nancy first arrived in Hollywood in the early 1950s, her acting career officially began.

She continued to play bit parts throughout the 1950s, although Pamela Livingstone in the TV comedy series “The Bob Cummings Show” stands out (1955-1959).

Nancy’s name gained popularity in the early 1960s, and in 1962 she landed her first major acting gig as Jane Hathaway in the television series “The Beverly Hillbillies” (1962-1971). Alongside Buddy Ebsen, Irene Ryan, Max Baer Jr., Donna Douglas, and others, Nancy appeared in 246 episodes.

She became a household name due to her particular role. Even though she wasn’t extremely busy outside of the program, she did have a few notable appearances, such as Wilhelmina Peterson in the 1966 film “The Night of the Grizzly” and Frou-Frou in the 1970 animated picture “Aristocats.”

Following the cancellation of “Beverly Hillbillies,” Nancy continued to appear in television productions, first as Mrs. Gruber in “The Brian Keith Show” (1973–1974) and subsequently as May Hopkins in “Sanford and Son” (1975-1976).

Nancy reprised her role as Jane Hathaway in the 1981 television movie “The Return of the Beverly Hillbillies,” and she continued acting until her death, with the exception of a brief gap between 1983 and 1986.

She had a few cameo appearances in the 1980s on shows like “Simon & Simon” and “Scarecrow and Mrs. King,” but her final on-screen appearance came in an episode of the “ABC Afterschool Specials” in 1989.

Politics And Teaching On The Side

Nancy ran as the Democratic candidate from Pennsylvania’s 9th congressional district for the US House of Representatives during her break from acting.

With barely 33.6 percent of the vote, she was defeated by her Republican opponent Bud Shuster. She holds Buddy Ebsen, her co-star, responsible for labeling Nancy as being too liberal during a radio ad for Buddy Shuster.

Prior to making a comeback, Nancy was an artist-in-residence and later an acting instructor at Juniata College, a private liberal arts college in Huntington, Pennsylvania.

Diagnosis Of Cancer And Death

Nancy received a cancer diagnosis in 1990, which prevented her from pursuing her job. She started the chemotherapy after being diagnosed.

Nancy tragically lost dead on February 3, 1991, at the age of 69, as a result of the disease’s unabated spread. She was buried in Mifflintown, Pennsylvania’s Westminster Presbyterian Cemetery.

Nancy preferred to keep her personal affairs just that—private. However, some information has emerged, and we are pleased to share it with you.

A few weeks before beginning her acting career, Nancy married Charles M. Dacus in 1951. They got divorced in 1961 and never had kids. She stayed single after that till her passing.

Nancy – lesbian Or Not?

Nancy prompted rumors about her sexuality due to her secrecy and single lifestyle; she kept mute for years, but two years before she passed away, she came out and admitted that she was a lesbian, though she never revealed whether or not she was in a relationship with another woman. 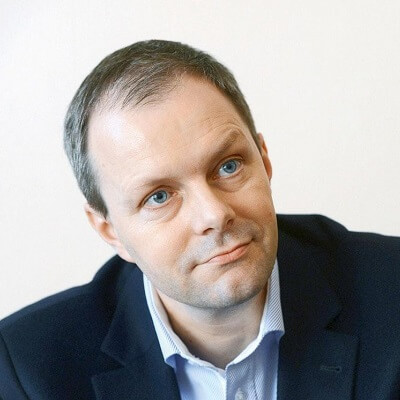