Melissa Sue Anderson is a brilliant actress who rose to prominence after playing Marry. However, the actress has shied away from the spotlight for the majority of her life.

Michael Sloan is Melissa Sue Anderson’s husband. They married in 1990 and have two children: Griffin Sloan and Piper Sloan. Melissa and her family moved to Montreal in 2002 and became Canadian citizens on July 1, 2007.

When it comes to her children, both are now adults. Her daughter married in November 2016. Melissa took to Twitter to announce the exciting news.

Similarly, the pleased mother shared a photo of Griffin Sloan, her son who graduated in May 2017. Melissa and her family went to see the movie The Equalizer on July 21, 2018, according to Melissa’s tweet; they appeared to enjoy each other’s company.

Mellisa, on the other hand, took a sabbatical from Hollywood to devote her full attention to her children. She returned after her children had grown a little older. She has stated that her children urged her to return to acting.

How did Melissa Sue Anderson start her Professional Career?

Melissa Sue Anderson, who was born on September 26, 1962, began her career as a child artist, appearing in various advertisements. She became interested in performing after enrolling in an acting class, and her dance teacher advised her parents to find Melissa an agent.

Her demand for further television jobs increased when she worked in advertisements.

This Berkeley native appeared in the television show “Bewitched” in 1972. Later, at the age of 11, the young actress landed her breakout role as Mary Ingalls in Little House on the Prairie.

She was nominated for Best Leading Actress in a Drama Series for the same role, and she won the award for her work in “Which Mother is Mine?”

The Little House of Prairies cast and crew reunited in 2014 on the Today show. Except for Michael Landon, who died in 1991 after a battle with pancreatic cancer, all of the cast members were present.

In terms of her filmography, she has appeared in various films, beginning with Happy Birthday to Me in 1981. Then, in 1984, she played Jennie in the film Chattanooga Choo Choo. Four years later, she appeared as a teenage nurse in the film The Far North.

Other films in which she has appeared include Dead Men Don’t Lie, Killer Lady, Crazy Eights, Marker 187, and Veronica Mars: The Con Is On. However, she has not shown on any silver screen since 2018.

Aside from her acting career, she authored an autobiography called “The Way I See It: A Look Back at My Life on Little House” in 2010 that is based on her years as a child star and includes behind-the-scenes information about the star and other cast members.

In 2022, Melissa’s net worth is anticipated to reach around $1.5 million. So, while we don’t know what she’s up to or where she is right now, we wish her a happy future.

What happened to Melissa Sue Anderson?

Melissa was a key character in the 1970s television series “Little House on the Prairie.” She was the only one nominated for an Emmy for her work in the series. But she didn’t stay in the business for long.

Melissa has always kept her private life out of the public eye. As a result, little is known about where she is now and what she is doing in 2022.

We know she is married with children. Melissa and her family, on the other hand, are unknown. They have led a quiet existence. Nobody knows where Melissa is now or how she looks at the age of 59. This has led to speculation that Melissa is no longer alive.

Melissa, on the other hand, is not dead and now lives happily with her husband. She has been a Twitter user since 2014 and has been seen posting a wide range of information from all around the world.

Melissa used to open up about her personal life to the world, but she now keeps it secret. On her Twitter account, she defines herself as a tennis enthusiast and fitness enthusiast. After that, we can conclude she is in good health.

Melissa is now in her late 50s and has her own family. Her motivation for keeping out of the spotlight, she claims, is to keep her children out of the Hollywood spotlight. 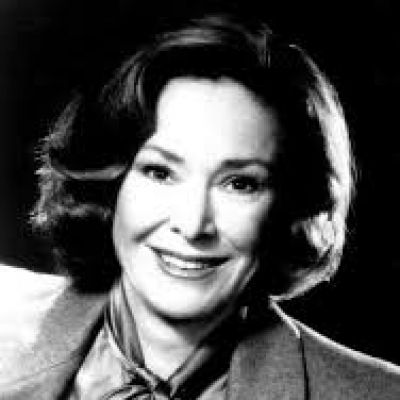