Maks Levin was a well-known Ukrainian photographer who captured images of violence and destruction. He worked as a photojournalist and has been there since 2006. Among the different companies with which he has collaborated are LB.ua and Reuters. Despite working on images for journalists, he also worked on photographs for humanitarian groups such as UNICEF and WHO.

He went on a trip to Ukraine during the war between Russia and Ukraine and was meant to get war photographs, but the organization learned that he was interrogated and found dead. According to claims from Reporters Without Borders, Levin was assassinated by the Russian military after probably interrogating and torturing him.

What is the Net Worth of Maks Levin? Salary, Earnings

Maks Levin was well-paid; he worked with a variety of humanitarian organizations, business sectors, and even media corporations. His shots were well-elaborated, and he was able to express the art of hard work through them.

Maks Levin was born on July 7, 1981, making him 40 years old when he died. Since his boyhood, he had had a strong desire to become a photographer. During his adolescence, he also participated in the school’s photography club. He has not revealed about his family member.

However, he earned his schooling at the Igor Sikorsky Kyiv Polytechnic Institute, where he was prepared to be a computer system engineer, and he eventually became the one his father desired.

Maks Levin was a contentedly married man with a large extended family and a wife at home. The couple was responsible for raising four sons. It is unknown when he is married or how old his sons are. Furthermore, his wife’s name is Inna Varenytsia, who remained silent even after learning of her husband’s death.

Although it is unknown how Levin got into photography because his father always encouraged him to be a computer programmer, he most likely began working as a photographer around 2006. He worked as a stringer for Reuters and as a staff photographer for LB.ua. He has worked with the BBC, TRT World, the Associated Press, and numerous other organizations.

Levin’s images have appeared on platforms and in publications such as Radio Bulgaria, The Wall Street Journal, The Moscow Times, Ukraine Crisis Media Center, Time, World News Media, and many more.

He also worked on images and video productions based on those photographs for humanitarian organizations such as UNFPA, Health Right International, the United Nations, UNICEF, OSCE, WHO, UN Women, and the Organization for Security and Cooperation. Levin witnessed the many wars and destructions that occurred during the Russian-Ukrainian War in 2014, as well as the Battle of Ilovaisk.

Thankfully, he was able to emerge from the battle and convey the images through his photography, and he was eventually awarded the Order “For Merits” of the III degree by honorable president Petro Poroshenko in 2015.+

Maks Levin went missing while working on the project in Kyiv, and his companion photographer appeared to discuss his disappearance with another individual named Oleksiy Chernyshov. Both personalities are said to have severed their ties after the day of missing.

Finally, on April 1, 2022, Levin’s body was discovered near the village area, and the Ukrainian Prosecutor General’s Office reported that he was shot twice by a Russian serviceman.

Levin was discovered to be unarmed and wearing a press jacket at the time. Levin was awarded the Order of Courage after his death, and a funeral was held in his honor at Kyiv’s St. Michael’s Cathedral. 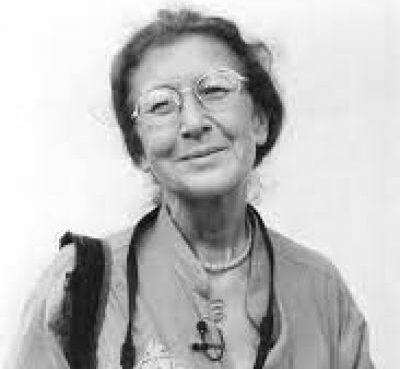