M. Shadows, a founding member of Avenged Sevenfold, has long been the buzz of the town due to his prosperous musical career. What needs to be addressed is his life with his wife, not the lead vocalist of the band’s tremendous career or the tale of his lovely tattoos.

His wonderful personal life, which includes nearly three decades of marriage, and his happy family are strong supports for his brilliant work life.

M. Shadows values a lifetime of love and happiness today, and that same happiness has persisted in his life for the past 27 years. Since 2009, Shadow has been wed to his wife, Valary DiBenedetto. Yes, they have been married for more than 12 years, but they have been in each other’s lives for 27 years.

One of the purest expressions of love that has ever existed is in childhood. In the case of these two childhood sweethearts, it might fit like a glove. Two childhood pals who first connected when they were in the sixth grade had no idea how their relationships would develop or how long they would remain connected.

Yes, the two had been inseparable since they first met in the sixth grade. M. Shadow’s wife pondered on their love life that they have been cherishing eternally back in 2019, on the occasion of their 10th anniversary together.

Following a striking photo of them holding each other in their arms at their wedding, Valary shared other throwback images of the couple taken over the course of their relationship.

The two may have changed as a result of their relationship developing, but their love’s core hasn’t aged a bit. The article definitely takes us on a trip down memory lane in terms of their love lives, and it makes us smile heartily.

“On paper, ten years. 25 years have passed. We were only children. However, I swear I knew the moment my eyes landed on you.”

She added some words at the end of the paragraph that is simply too amazing to even begin to describe.

“It wasn’t like we were meeting, just getting back together. I believe I have loved you for all of eternity. And I go through life to grow my affection for you.”

In addition to having a BA in creative writing, Valary managed Avenged Sevenfold’s tour for four years, from 2001 to 2005. Valery is currently the creator and proprietor of her company, Saint Owen.

Along with raising their two sons, River Sanders and Cash Sanders, the two are also parents to their two pets, Bella and Shadow.

The couple enjoys their happy married life together and their time with their two kids.

Motherhood is undoubtedly the most difficult profession a person can undertake, and for Valary, it also offers the greatest financial reward. The mother of two children frequently expresses her affection for her children on Instagram.

Valery, who has raised two wonderful boys flawlessly, never ceases to praise her husband for being the best father ever. She commends him for it by giving him an award.

She expressed her gratitude for having her husband as a husband and a father by posting a photo of her two sons with him. Sharing some unguarded photos of her gorgeous youngsters and her dashing spouse, she added,

“The love of my life and a hero to my kids. I’m so grateful for this amazing husband and parent. Our victor. Our pillar. our entire being.”

While Shadow’s job has brought him satisfaction, his personal life has been the main source of all of his smiles. The four-person family is, after all, one contented family that is surrounded by light and love everywhere. 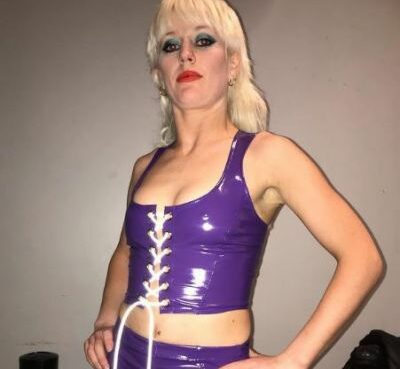 Amy Taylor- Biography Amy Taylor is a professional vocalist and musician, as well as a member of a band and a social media personality. She and The Sniffers is the main singer of the Australian pub r
Read More