Katrina Law is a beautiful and brilliant American actress best known for her role as Mira in the Starz television series Spartacus: Blood and Sand and Spartacus Vengeance. She is well noted for her appearance in the CBS sitcom Hawaii Five-0 as Quinn Lui.

What is the Net Worth of Katrina Law? Salary, Earnings

The actress has a net worth of $ 2 million as a result of her acting career. She makes this much money by appearing in a variety of films, television shows, and dramas, as well as modeling. Every time she makes an appearance in one of her new works, her net worth is predicted to climb.

Katrina Law was born in Philadelphia, Pennsylvania, to a Taiwanese mother and a German-Dutch father on September 30, 1985. Her parents reared her in Deptford Township, New Jersey, in the United States. Law went to a nearby high school as a student. She enrolled in The Richard Stockton College of New Jersey after graduating from high school and obtained a B. A. in Theatre.

In January 2013, the lovely actress married her spouse Keith Andreen, who is also an actor. Their daughter, who was born in December 2018, is a happy addition to the family. Law is not known to have had any past relationships or to have been engaged to anybody other than her spouse before her marriage.

Following graduation, Law began her career by collaborating with director Adrian Picardi, producers Eric Ro and Don Le, and co-creating the low-budget web series “The Resistance,” which served as her debut. In 2005, she starred as Santo in the film Choker, and in 2006, she starred as Dealer No. 1 in the film All In. She also played Kate Wyman in The Rookie: CTU in 2007 and Katherine Schatz in the film A New Tomorrow.

In 2011, Law co-starred in the action film “3 minutes,” starring actors Harry Shum Jr. and Stephen Boss. In 2013, she began portraying Nyssa al Ghul in the CW television series Arrow as a recurring character. After that, in 2019, she was cast as Elizabeth Lavenza in the CBS pilot Alive, in which she played a co-lead. She joined the cast of CBS’s Hawaii Five-0 in season 10 in 2020. 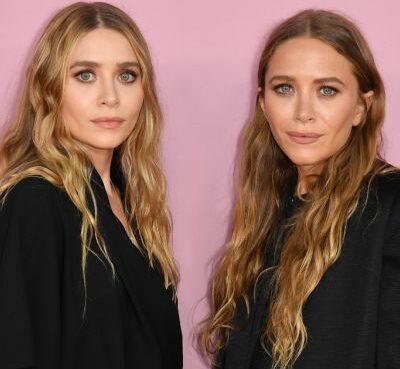 Mary Kate- Biography Mary-Kate is a fashion designer and former actress from the United States. She began her acting career nine months after her birth, co-starring with her twin sister Ashley Olsen
Read More