Jonathan Groff, an American actor who gained notoriety for his role in the original Broadway production of Spring Awakening, took some time to publicly come out as gay. In contrast to his predictions, Jonathan’s life improved after his announcement. The Lancaster native publicly started dating a boyfriend.

Having a Gay Identity

Like most gay people, Jonathan was originally apprehensive to come out to the public. Even when he played a gay character in the rock opera Spring Awakening, the actor hid his sexual orientation.

After a month of wrapping up the drama, Jonathan concluded that he had to come out of the closet and discover who he was. When he got back from Florence, he told his family about his sexual orientation. His parents and other family members were stunned at first, but they ultimately came to adore Jonathan. He finally began to open out to his friends and coworkers.

Later, while participating in the 2009 National Equality March in Washington, D.C., he came out in front of the public. During the procession, he made a statement about being “gay and proud.”

After three years of coming out, Jonathan began dating Zachary Quinto, who plays the lead role in the television series Heroes.

Before Zachary made their relationship public during an interview with Out Magazine in September 2012, the pair were frequently spotted together. Zachary revealed that he was in a committed relationship with Jonathan while raving about his gay life.

The Star Trek actor also described being in a relationship with Jonathan as making him feel “extremely lucky” and “very joyful.”

Even Jonathan’s closest friend and co-star from the TV show Glee, Lea Michele, joined Zachary and Jonathan for a night out.

Later, in July 2012, photos of the couple walking their dog Skunk and Noah together surfaced online. They smiled and talked as they strolled around the hip Los Feliz district of Los Angeles with their pets.

Up until mid-2013, when word of Jonathan and Zachary’s breakup broke out in the media, everything appeared to be going according to plan. The couple ended their romance without giving the media an explanation for it.

However, it became public knowledge that the two “remained friends” long after their split.

Zachary was the subject of a July 2015 interview with FourTwoNine in which Jonathan discussed him. He also brought up his previous relationship with Zachary, that with Gavin Creel.

Speaking about his ex-girlfriends, Jonathan said,

“It was more about the people they were when I was dating Gavin and dating Zach than it was about the actors they were, and the same is true with the people I’ve dated who aren’t actors,” she continued.

Jonathan and Zachary had a discreet romance that didn’t work out, but their friendship endures.

In August 2015, they were seen together backstage at Jonathan’s Broadway production of Hamilton, proving that there was no animosity between them.

Furthermore, the two even demonstrated that their friendship was still going strong in December 2017 when they posed for photos together at the Chateau Marmont’s 2017 GQ Men of the Year Party.

Everyone believed Jonathan to be unmarried, but he was secretly dating a choreographer.

It all began when Jonathan and his mother visited New Zealand at the beginning of 2018. The Christchurch International Musical Theatre Summer School hired Jonathan there as an instructor. When Jonathan met Corey Baker, his boyfriend, who also happened to be a teacher there, everything for him changed.

Who would have thought that Jonathan would find his true love at a summer school?

The couple initially enjoyed a friendly and high school-like relationship. After kissing each other, Jonathan would return home to his mother’s house.

As he said on The Late Late Show With James Corden, it was similar to an old-school relationship that eventually paid off well.

Both a choreographer and a filmmaker, Corey Baker. He was born in Christchurch, New Zealand, on June 6, 1991. He has not revealed about his family member. Jonathan Groff attended an elementary school in Canterbury for his education.

He wanted to be a musical theater actor when he was in high school. Then, leaving his high school behind, he enrolled in Christchurch’s International Ballet Academy (IBA) at the age of fifteen. He was mentored by Carl Myres at the IBA.

While Jonathan’s hunt for the ideal boyfriend has come to an end, friends, in particular, are getting married left and right. One such individual is Lea Michele, his lifelong best friend.

The openly homosexual performer acted as maid of honor at Lea’s wedding to Zandy Reich in March 2019. He appeared generally pleased for the newlyweds.

What does it matter if his love life isn’t at its peak right now? He should want to appear jubilant given that he joined CAA in February 2019, one of Hollywood’s most prestigious firms.

Disney also disclosed that Jonathan would return as Kristoff in the highly anticipated Frozen sequel in 2019. Jonathan plays the lead in the psychological thriller Mindhunter, whose second season is expected to debut at the end of 2019. 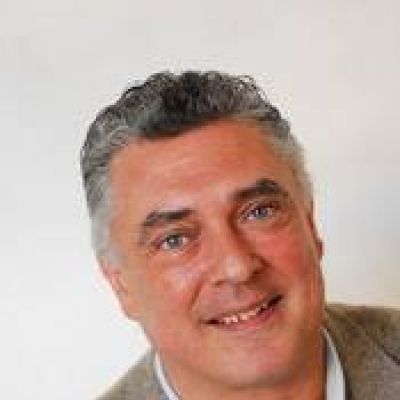