On Monday, July 18, Stranger Things actor Joe Keery, who portrays Steve Harrington on the show, appeared on The Tonight Show Starring Jimmy Fallon to discuss the renowned series, his early life, and his musical career, among other issues.

He also acknowledged the influence of his sister on his life and how she pushed him to seek an acting profession.

His portrayal of Steve Harrington has gained significant critical acclaim, and he has a substantial following base. Continue reading to learn more about the actor and the startling revelations he made in an interview with Jimmy Fallon.

1) Joe Keery’s first job was as a waiter.

Prior to getting the role of Steve Harrington on Stranger Things, Joe Keery revealed to Jimmy Fallon that he worked as a waiter. He characterized himself as a “really pleasant” waiter and revealed that he initially auditioned for Stranger Things but did not receive a callback.

Joe received a call three months later to portray Steve Harrington. He recalled telling his coworker at the restaurant, Matt Williams, the fantastic news that he had been cast in the program. Additionally, he stated that he did not anticipate surviving the first season of the program.

2) His sister pushed him to seek an acting career.

“And I was going to sleep in and miss the stage crew stuff, but she was like, ‘Get up!’ and sort of dragged me along and got me into it [acting]”

In addition to Caroline, Keery has three further sisters.

Keery, whose career began as a musician, explains why he selected the stage name Djo. Due to the similarity in pronunciation, he selected Djo:

Keery stated near the end that his second studio album, Decide, will be released on September 16, 2022. With the release of Twenty Twenty in 2019, Keery began his solo career.

He formerly played with the band Post Animal. Afterward, he discussed the legendary entertainer Andy Kaufman as well as his hopes to balance his acting and singing professions.

Joe Keery is Steve Harrington in Stranger Things and other works

Joe Keery portrays Steve Harrington on Stranger Things. Harrington’s maturity has been a prominent aspect of the series, and he is one of the most popular characters.

In 2017, Keery was recognized by the Screen Actors Guild for Outstanding Ensemble Performance in a Drama Series. The fanbase for Keery’s persona is extensive around the globe.

Before the release of Stranger Things Season 4 Vol. 2, Netflix published a photograph of a sign that read “Protect Steve,” causing Twitter users to fear that the character will be murdered.

Kerry has been in numerous television episodes throughout the years, including Chicago Fire, No Activity, and a number of others in addition to Stranger Things. Among his many film credits are Spree, Free Guy, Slice, After Everything, and others. 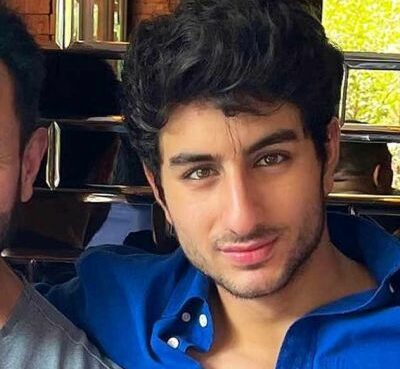 Who is Ibrahim Ali Khan? Ibrahim Ali Khan, a well-known Indian actor, model, director, Starkid, media personality, and entrepreneur from Mumbai, Maharashtra, was born on March 5, 2001, when he was 20
Read More