James Grover Franciscus was an actor from the United States. He appeared in a number of films, although he is most recognized for his work in television programs. Roles in popular shows such as ‘The Investigators,’ ‘Longstreet,’ ‘The Naked City,’ and ‘Mr. Novak’ are among them. Franciscus possessed both childlike charm and maturity, with a face that seemed carved to perfection and a deep penetrating stare. Many of his biggest roles on both the big and small screens reflected this unusual blend. In these parts, he was not only a character that carried the plot forward by mature decision-making, but he also had his own flaws and naiveté.

During the 1960s and 1970s, his acting career flourished. As a tribute to his abilities as an actor, James Franciscus obtained roles not just in American productions, but also in Italian films directed by renowned directors such as Dario Argento. However, in his later years, he was offered smaller roles. Dissatisfied with this scenario, he moved his concentration to film writing and production. Unfortunately, he died as a result of problems caused by his smoking habits.

On March 28, 1960, James Franciscus married Kathleen Wellman. Kathleen was the daughter of film director William A. Wellman. The couple was the parents of four children. In 1980, after divorcing Kathleen, he married Carla Ankney.

Franciscus smoked heavily. He died of emphysema in 1991. At the time of his death, he was still married to Carla Ankney.

Franciscus’ first significant role was in television. In a half-hour episode of ABC’s television series ‘The Naked City,’ he played investigator Jim Halloran. Following his television debut, he appeared in a few further episodes, including the military sitcom ‘Hennesey.’ James Franciscus participated in the CBS-produced sitcom opposite American actor Jackie Cooper. The NBC production ‘The Americans,’ in which Franciscus appeared, was another significant television drama in which he appeared. It was a family drama set during the American Civil War.

When CBS cast James Franciscus as the lead in their 13-episode series ‘The Investigators,’ he earned his big break in television. Franciscus portrayed Russ Andrews, an insurance investigator, in the show, which aired from October 5 to December 28, 1961. His co-star in the show was James Philbrook. Continuing his relationship with CBS, Franciscus appeared in an episode of the anthology series ‘The DuPont Show with June Allyson.’ Franciscus appears in the episode titled ‘The Empty Heart,’ which aired in 1961.

During the 1960s and 1970s, Franciscus appeared in a number of feature films and television shows. However, he had a minor role in an episode of ‘The Twilight Zone titled ‘Judgment Night’ in 1959, before this serial appearance began. Similarly, he played a significant role in an episode of Alfred Hitchcock Presents Summer Shade, which aired in 1961. Franciscus was also part of the cast in the film, ‘I Passed for White, which was released in 1960. In the same decade, one of his more noteworthy roles was that of Mike Norris in an episode of the NBC medical drama ‘The Eleventh Hour.’ ‘Hang by One Hand,’ the episode, broadcast in 1963.

‘Combat!’, a television series that dramatized the heroics of a group of American troops fighting the Nazis in France during WWII, was another NBC show in which Franciscus appeared around the same period. James Franciscus starred in the Disney film ‘Miracle of the White Stallions in 1963. Franciscus’ most notable part, however, came later, when he played the lead in ‘Mr. Novak.’ NBC produced the television series, which aired from 1963 to 1965. In the series, Franciscus portrayed John Novak, a first-year high school teacher in New York who constantly interacted with his colleagues and students.

James Franciscus is also well-known for his appearance in the ABC television series ‘Longstreet,’ which aired from 1971 to 1972. Franciscus played a blind character in the show who learns martial arts from a figure played by the great Bruce Lee. He provided the voice of the principal character in the Oscar-nominated film ‘Jonathan Livingston Seagull.’ The film was released in 1973. Franciscus, on the other hand, continued to flourish on television. He co-hosted the real-life adventure television series ‘Waterworld,’ alongside Lloyd Bridges. The show aired from 1972 to 1975.

Franciscus appeared as a secret agent in the fifth television series of his career, ‘Hunter,’ in 1977. Among the more popular films starring James Franciscus in the 1960s and 1970s were ‘Marooned,’ ‘Beneath the Planet of the Apes,’ ‘City of Fire,’ ‘When Time Ran Out,’ and ‘The Greek Tycoon.’ Franciscus appeared in Italian films in addition to Hollywood productions. In 1971, he earned the lead part in Dario Argento’s ‘The Cat o’ Nine Tails,’ a film directed by the great Italian director. He appeared in the film ‘Killer Fish,’ directed by Antonio Margheriti, in 1979. Franciscus starred in another creature film, ‘Great White,’ in 1980, which was inspired by ‘Jaws.’

He continues to feature on both the big and small screens. However, as time passed, he began to receive offers for less important assignments. As a result, he began producing films and television series, as well as creating screenplays. 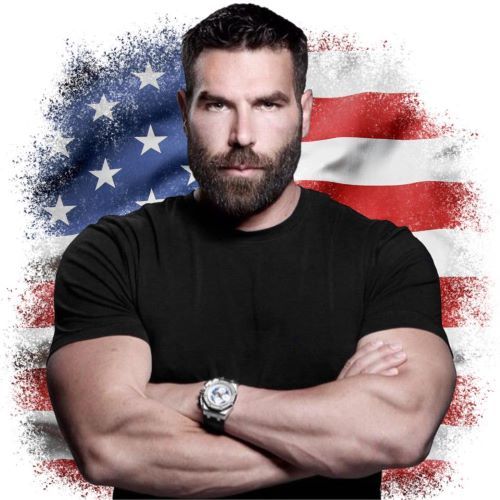