James Cameron, a prominent Canadian filmmaker, has made a niche for himself in the science fiction genre with record-breaking films such as ‘Avatar,’ ‘Titanic,’ and ‘The Terminator.’ As a college dropout, he taught himself the intricacies of special effects and launched his career with a 10-minute short film titled ‘Xenogenesis.’ After working as a special effects manager and assistant director on a few films, he received his big break with the film ‘The Terminator.’ Despite having a wonderful idea in the form of ‘The Terminator,’ he encountered early setbacks since no one offered him an opportunity to show himself. However, with dedication and a creative screenplay, he was able to find a producer who agreed to fund the film.

The film, starring Arnold Schwarzenegger as a robot-killer, was an instant success. There was no turning back for this outstanding filmmaker after that. He went on to create landmark pictures such as ‘Aliens,’ ‘The Abyss,’ ‘Terminator 2: Judgment Day,’ ‘True Lies,’ ‘Titanic,’ and ‘Avatar.’ With the release of ‘Avatar,’ he established himself as one of the world’s most successful directors. This director is not only interested in movies, but also in environmental issues such as ocean contamination caused by oil spills. Aside from that, he is a science enthusiast, as evidenced by his films. He is also a member of NASA’s Advisory Council.

What is the Net Worth of James Cameron? Salary, Earnings

This director has an estimated net worth of $800 million as a result of the popularity of his science fiction flicks.

Phillip and Shirley Cameron gave birth to James Francis Cameron on August 16, 1954, in Kapuskasing, Ontario, Canada. Cameron received his schooling at ‘Stamford Collegiate School’ in Ontario, and afterward at ‘Troy High School’ in California. He enrolled in ‘Fullerton College’ for a Physics course but pulled out before graduating.

This aspiring filmmaker learned everything he could about special effects in movies while working as a truck driver to support himself.

From 1978 through 1999, this famed director married four times, with Sharon Williams, producer Gale Anne Hurd, filmmaker Kathryn Bigelow, and ‘The Terminator’ actor Linda Hamilton as his wives. He married American actress Suzy Amis, whom he met on the set of ‘Titanic,’ in 2000.

James and Linda Hamilton have a daughter named Josephine, and they have three children with Suzy. The director, who lives in New Zealand, is a member of the ‘NASA Advisory Council’ and has helped raise funding for the ‘Mars Society,’ a non-profit organization.

He has fought for the resolution of environmental concerns, meeting with the ‘United States Environmental Protection Agency to explore how to preserve the waters from oil spills. He and his family turned vegans in order to contribute to the health of the environment.

In 1978, James Cameron was inspired by the book ‘Screenplay,’ written by American screenwriter Syd Field, and penned the script for the film ‘Xenogenesis.’ The script was a ten-minute sci-fi picture shot on 35mm reel. He was soon employed by ‘Roger Corman Studios’ to create tiny models for low-budget films. Later, he was hired as the art director for the 1980 film ‘Battle Beyond the Stars.’ He worked on science fiction films such as ‘Escape from New York,’ ‘Galaxy of Terror,’ and ‘Android’ for the next two years.

During this time, he began work on ‘Piranha II: The Spawning,’ a sequel to the previous sci-fi horror film ‘Piranha.’ He began as the special effects supervisor and later as the director. He was sacked after failing to capture a close-up shot of Carole Davis during filming the film. He did, however, remain on to assist producer Ovidio Assonitis as an assistant director. ‘The Terminator,’ James’ first major production, was released in 1984 by ‘Pacific Western Productions,’ controlled by his former colleague Gale Anne Hurd. The film, starring Arnold Schwarzenegger, had a $6.5 million budget but grossed more than $78 million.

The script for ‘Rambo: First Blood Part II’ was written by Cameron. Sylvester Stallone edited the film after it was released in 1985. The film, directed by George P. Cosmatos, was a huge hit at the box office. James created ‘Aliens,’ a sequel to Ridley Scott’s 1979 blockbuster ‘Alien.’ The film was a box office success, grossing millions of dollars. It was also nominated for multiple ‘Academy Awards.’ Cameron’s next picture, ‘The Abyss,’ was released in 1989, and starred actors, Ed Harris, and Mary Elizabeth Mastrantonio. The film, which promised true underwater shooting, was made on a $41 million budget.

Arnold Schwarzenegger and Linda Hamilton reprised their roles from the previous film in ‘Terminator 2: Judgment Day,’ which was released in 1991. The picture grossed more than $500 million worldwide and won four ‘Oscars’ for ‘Best Visual Effects,’ ‘Best Makeup,’ ‘Best Sound Mixing,’ and ‘Best Sound Effects Editing.’ In 1993, the director formed a company called ‘Digital Domain’ with special effects experts Scott Ross and Stan Winston. The business, based in California, is well-known for its stunning special effects for films.

Films such as ‘True Lies,’ featuring Arnold Schwarzenegger, and ‘Strange Days,’ starring Ralph Fiennes, were released in 1994-95. Both films garnered positive reviews from critics. While the former was a box-office hit, the latter performed poorly in terms of money collection. The cult film ‘Titanic,’ starring Leonardo DiCaprio and Kate Winslet, was released in 1997. It failed to produce enough money in the first several weeks despite having a high budget of $200 million. However, it quickly won over viewers, becoming the highest-grossing film of all time, generating $600.8 million. It amassed a staggering $2 billion worldwide.

From 2000 to 2002, the famed director made the transition to television series, creating the sci-fi show ‘Dark Angel,’ starring Jessica Alba. For the next few years, he focused on filming documentaries under the umbrella of ‘Earthship Productions.’ Documentaries he directed included ‘Expedition: Bismarck,’ ‘Ghosts of the Abyss,’ ‘Aliens of the Deep,’ and ‘The Lost Tomb of Jesus.’ He also produced the film ‘Solaris,’ which starred George Clooney. Steven Soderbergh directed the film. The 3D version of the film ‘Avatar’ was released in 2009. The picture, which starred Sam Worthington, Zoe Saldana, and Sigourney Weaver, was a technical marvel. Cameron directed, co-produced, and wrote the film, and its technological aspects proved to be groundbreaking in the world of filmmaking. The film grossed $1 billion, breaking Titanic’s record as the highest-grossing picture.

This outstanding director’s film, ‘Titanic,’ held the record for the highest-grossing film until it was beaten by ‘Avatar.’ The film ‘Titanic,’ which made over $600 million, launched Leonardo DiCaprio and Kate Winslet to celebrity. It was nominated for 14 ‘Academy Awards,’ winning 11 of them, including ‘Best Picture’ and ‘Best Director.’ It grossed a whopping $2 billion at the box office globally.

Cameron’s most well-known film is ‘Avatar,’ which was released in 2009. It was created with cutting-edge technology to provide 3D spectacular effects. After its worldwide release, it broke the record for the highest-grossing film, grossing more than $700 million. It was nominated for nine ‘Academy Awards,’ of which it won three. It was the highest-grossing film in the world, grossing $2.7 billion until it was surpassed by ‘Avengers: Endgame in 2019. 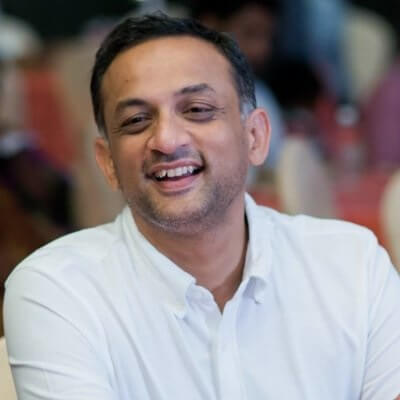