Yahya Abdul-Mateen II has generated a lot of attention among his followers in the area of his girlfriend and dating life thanks to his portrayal of Black Manta in DC’s Aquaman.

Who is Yahya Abdul-Mateen II?

Yahya, the well-known Black Manta, is renowned for having very low-key personal affairs. And when we say low-key, we mean VERY LOW-KEY!! However, a specific occasion from January 2020 that was photographed might provide us all with a small insight about his love life or possibly potential partner.

Yahya doesn’t give himself a chance to show his family how much he values them. Yahya posted a sequence of images on the day of International Women’s Day that included images of his mother, sisters, and nieces. The message read: “He showed his love and appreciation.”

In honor of MY GIRLS! To my mother, who is courageous, talented, wise, protective, and humorous… I adore you. My sisters, please! my group! The SQUAD! You guys remind me what loyalty and perseverance are every day. I admire the strong ladies that every one of you is. Yahya is part of a large family. Family is the most significant part of the actor’s life because he is the youngest of his six siblings.

Yahya junior, who was born to Yahya Abdul-Mateen I and Mary, was always curious to learn more about his ancestry. The Watchmen actor said in an interview with Essence that he would utilize the “Nostalgia Pills” from the film Watchmen to learn everything there is to know about his ancestry.

He also mentioned how much his late father yearned to learn everything about their family.

“My father grew up and died with the desire to discover his father’s origins and family history,”

Additionally, the actor added that he discovered certain details about his great-great-grandmother when researching his family tree. Despite the “Nostalgia Pills,” Yahya seems to be doing a terrific job of getting to know his family and developing his knowledge of the entertainment business.

The Matrix Resurrections and Aquaman and the Lost Kingdom are two of his upcoming, highly anticipated films, and we are confident that Yahya’s fanbase cannot wait to see him in them.

Back in January 2020, Yahya was seen leaving after having a wonderful brunch with another actress, La La Anthony. Since Yahya rarely discloses information about his relationship, this piece of news drew a lot of attention from his fan base, who quickly concluded that Anthony was Yahya’s girlfriend.

At least La La was not referred to as Yahya’s wife in the rumors. Yes, that is something. But as soon as word spread that he might be dating someone, it quickly died down when a source close to Anthony came up to say that the two were only friends, not lovers. The insider reportedly said that the purported lovers work out together and that Abdul-Mateen gives La La acting advice.

In addition, a different source claimed that Yahya was seeing someone else. To clarify, La La is married to NBA star Carmelo Anthony. a lot to take in? Let’s dissect it…According to People magazine, La La is attempting to make her sporadic romance with Carmelo work while Yahya and La La have only platonic ties.

La La’s tumultuous relationship phase seems to have fueled even more rumors about her being Yahya’s girlfriend when people saw her with someone other than her spouse.

However, it appears that there was never any drama, to begin with. La La Anthony is not his girlfriend, so there you have it, Yahya fanbase; he very well could be single. Or perhaps Yahya is very adept at concealing his girlfriend or even a wife who is aware that only Yahya himself can find out what is concealed.

The Aquaman actor doesn’t flaunt his relationship, but he makes sure to share his affection for his family on social media. 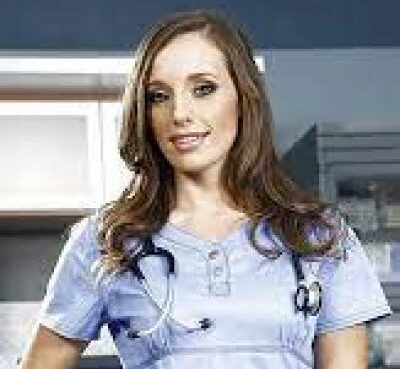