Juice WRLD gained notoriety on December 8, 2019, with his hit “Lucid Dreams,” passed away due to a medical emergency.

His 21st birthday had been a week prior. Before his bright career was cruelly cut short, the Chicago rapper was one of the most rapidly rising new rappers to appear in the hip-hop world.

At the time of his passing, he was thought to have a net worth of $4.0 million. By tracking this hip-hop artist’s brief but fascinating career, we pay homage to his premature passing.

Juice WRLD didn’t flaunt his flashy automobiles and opulent mansions as frequently as other rappers did. When his record Death Race for Love arrived at No. 1 on the music charts, he reportedly gave himself a Rolls Royce.

He apparently owned a residence in Los Angeles and was about to rent another property when he changed his mind. It is said that in order to get his deposit returned, he had to sue the landlord.

WRLD had a soft spot for romance and frequently gushed on Instagram and in interviews and concerts about his love Ally Lotti.

Lotti is a burgeoning Instagram star who has frequently been seen standing at WRLD’s side and encouraging his artistic endeavors.

Additionally, she revealed his gifts to her and he posted his love letters to her on social media to further demonstrate how he felt about her.

May is Lotti’s birthday, and she frequently revealed the items he gave her, including a diamond-encrusted Rolex watch that she has worn in nearly all of her Instagram posts since her birthday.

How did Juice WRLD start his Professional Career?

Born in Illinois on December 2, 1998, Jarad Anthony Higgins was raised by a lone mother after his father abandoned him and his older brother and divorced his mother.

Jarad Higgins’ mother forbade him from listening to hip-hop. Higgins instead learned about musicians and artists from video game soundtracks.

At the age of four, he was motivated to begin piano lessons by his mother. Later, he advanced to playing the trumpet, guitar, and drums. In high school, he started to lean towards a professional music career.

In 2015, he began to record his songs on his phone at that time and upload them to SoundCloud, starting with his debut amateur tune, “Forever.”

He gave the name “JuicetheKidd” to his SoundCloud alias as a tribute to Tupac Shakur and his 1992 movie Juice.

To represent his music “taking over the world,” he changed his name to Juice WRLD when he started a professional rap career.

Juice WRLD released his first full-length EP, 9 9 9, in 2017 while riding the boom of his SoundCloud fame. The album’s breakout hit, “Lucid Dreams,” which is one of the songs, helped him acquire recognition.

He caught the attention of other hip-hop artists like Lil Bibby, Southside, and G Herbo. But Lil Bibby, who signed him to his label, Grade A Productions, would be the one to give him his big break.

The internet sensation thereafter issued an EP, from which “All Girls Are the Same” became his subsequent smash.

This song and “Lucid Dreams” were Juice WRLD’s debut appearances on the Billboard charts and would soon have their own music videos.

Juice WRLD’s ability to draw listeners to streaming services became immediately apparent following the release of “All Girls Are the Same.” As a result, Interscope Records decided to include him on their artist roster in June 2018.

His $3 million contract with Interscope is the young rapper’s first significant financial commitment. Even Higgins was overcome with delight by the deal.

With the release of his debut album, Goodbye & Good Riddance, in 2018, he went on to experience a greater critical success.

Later, he would work admirably with musicians like NBA YoungBoy, Lil Uzi Vert, Ellie Goulding, Suga and RM of BTS, Benny Blanco, and BTS. He would also be included in Forbes’ 2019 list of the 30 Under 30 in Music.

There is a lawsuit filed against “Lucid Dreams”

His first number-one single would also be the first to get him into trouble with the law. When “Lucid Dreams” was formally released as a single, it reached its highest point at No. 2 on the Billboard Hot 100. He also made a lot of money from it.

When it turned out that the song borrowed Sting’s “Shape of My Heart” without the original artist’s consent, WRLD was the target of a lawsuit.

According to reports, Sting felt honored that his song was used. He did, however, consider taking Juice WRLD to court for unauthorized use of his music.

According to rumors, Sting obtained 85% of “Lucid Dream’s” revenue through legal action.

When the extinct pop-punk band Yellowcard claimed that Juice WRLD stole the tune from their song “Holly Wood Died,” “Lucid Dream” caused controversy once more. Along with $15.0 million in damages, they also asked for a cut of any future song revenue.

Although “Lucid Dream,” according to WRLD, cost him money, it was worthwhile to achieve his goal of evoking emotion.

At the time, he said, “I don’t really give a f**k about s**t like that. “The song is far more valuable than money could ever buy. The lives that song changed.

The music was life-saving. People have used that song to get through all kinds of difficult circumstances. No such thing as that can be bought or sold. 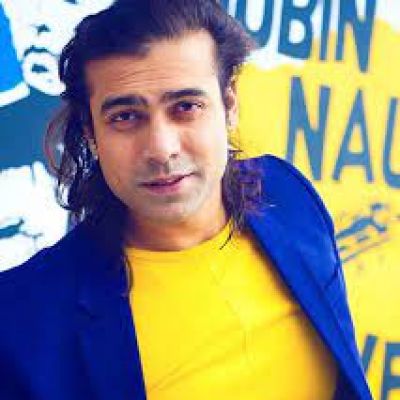