Genene Jones is a registered vocational nurse who is accused of killing up to 60 newborns and children in her care by inducing medical emergencies using extraordinarily potent medications. Jones was constantly investigated and even fired by two different medical facilities due to the extraordinarily high rate of mortality of the children in her care; yet, she continued to inject children with drugs that caused heart attacks and serious hemorrhage. She was finally tried for killing a four-week-old infant while getting a regular checkup and injuring several others, and she received a 99-year term, followed by a 60-year sentence for a second child murder attempt.

Her release was denied because of considerable protest from the victims’ families. While she is eligible for early release due to a Texas regulation designed to free up prison space, she will remain in jail pending trial for five new counts of infant murder.

Genene Anne Jones was born on July 13, 1950, and was promptly adopted by Dick and Gladys Jones, a San Antonio couple who had previously adopted three children, one younger than Genene. Dick was a professional gambler and serial entrepreneur; he started a nightclub, then a restaurant, and finally a billboard company, all of which failed to owe to his reckless spending and took a toll on the family.

She feigned illness to get attention because she felt left out and unappreciated by her parents. Her loneliness was aggravated by her low stature and obesity, and she developed a reputation for being aggressive, as well as lying, manipulating, and deceiving others. Her younger brother, Travis, died in an accident when he was 14 years old, followed by the death of her father a year later due to cancer, which devastated her.

In order to gain security, she wanted to marry, but her mother, Gladys, objected on the grounds that it was too soon because she hadn’t even finished high school. After graduating from John Marshall High School, she married a high school dropout, but after seven months, her husband James “Jimmy” Harvey DeLany Jr. joined the Navy and left. Genene was a sexually insatiable woman who boasted about her carnal experiences.

Encouraged by her mother to pursue a career, she trained to be a beautician at Mim’s Beauty School and even had a kid, Richard Michael DeLany, after Jimmy returned, but four years later, on June 3, 1974, she divorced him, but they reunited and then went their separate ways. Heather, her second child, was born on July 17, 1977, during the era of reconciliation with Jimmy. Despite her love for children, she left her own two children in the care of her mother.

Genene Jones began her career in a hospital beauty shop and was immediately drawn to doctors. To be closer to them, she completed a year of training at the San Antonio Independent School District’s School of Vocational Nursing to become a vocational nurse. Her first work at San Antonio’s Methodist Hospital terminated after only eight months because she not only tried to make choices in areas she was not authorized to, but she was also nasty to a patient.

She obtained work in the intensive care unit of Bexar County Medical Center Hospital’s pediatric unit on October 30, 1978, after another brief stint. Jones was not a disciplined employee, working more hours than was allowed, ignoring orders to do what she thought was best for the child, skipping mandatory classes, and committing up to eight nursing errors, including the administration of the wrong drug. She would have been dismissed if it hadn’t been for the affections of the chief nurse, Pat Belko. Her coworkers sought transfers out of the ward as a result of her crass and belligerent attitude as a result of the protection she received. She had an unstable temperament and frequently thought she was ill, making more than 30 visits to outpatient clinics in two years but never being diagnosed.

James Robotham, who became the director of Bexar Hospital in 1981, was impressed by her nursing commitment and agreed to place her in charge of critically ill patients. Her willingness to go above and beyond the call of duty to care for the bodies of dead children so impressed Dr. Robotham that he was unconcerned when children began dying from non-fatal diseases. Even when Genene’s coworkers began referring to her shift as “The Death Shift,” Belko and Dr. Robotham paid little attention.

After three infants died in a row as a result of a drug overdose, the hospital administration got concerned; nevertheless, Dr. Robotham’s request for a formal investigation into nurse Jones’ actions was denied due to concerns about unfavorable publicity. Genene resigned from Bexar in response to her move out of the pediatric ward.

Genene was employed in 1982 by Dr. Kathleen Holland, who was opening a pediatrics clinic in Kerrville, Texas. Dr. Holland, who had completed her three-year residency at Bexar, moved on despite being aware of the inquiry at Bexar and despite Dr. Robotham’s warning about recruiting Genene. As many as seven children had inexplicable seizures within the first few months of the clinic’s operation, but all recovered after treatment at neighboring Sid Peterson Hospital. Despite the raised eyebrows at the hospital, Dr. Holland assumed that as a specialist, she had been assigned the toughest cases.

The death of Chelsea McClellan while being transferred from the hospital changed everything, and the distraught Dr. Holland began an investigation. A medical committee questioned Dr. Holland about her use of Succinylcholine, a muscle relaxant that can be lethal if used incorrectly. A stock check on September 27, 1982, discovered two bottles that appeared to be full, but one had pinprick holes in the stopper and the other contained only saline; another bottle was completely missing.

The Inquiry and Conviction

On October 12, 1982, a Kerr County grand jury convened a hearing to examine the cases of the eight infants who had acquired emergency problems at Holland’s clinic, as well as the death of Chelsea McClellan, who was fifteen months old at the time. Following the exhumation of the child’s body, it was established that the death was caused by a Succinylcholine overdose. Another grand jury was appointed in San Antonio in February 1983 to investigate the mysterious deaths of 47 infants at Bexar Hospital during Genene’s four-year tenure there.

On February 15, 1984, Genene Jones was convicted of murdering Chelsea McClellan and injuring seven others and sentenced to 99 years in prison, the maximum permitted. On October 24, 1984, she was sentenced to 60 years in prison for the attempted murder of Rolando Jones, a four-week-old child, in a second trial. Bexar hospital executives were so mortified by the unfavorable publicity that they incinerated hospital records in 1984, including numerous documents that had been subpoenaed by the grand jury, sparing Jones further prosecution.

Her parole was refused in 2017 after completing only one-third of her sentence in accordance with a Texas law designed to relieve prison congestion, following concerns from families whose children had been killed. Her March 2018 release date was also canceled because she was indicted on May 25, 2017, for the murder of five additional children in 1981 and will have to face charges. Bail has been set at $1 million in each case. Genene Jones is being held in the Bexar County jail awaiting trial and will remain there until the 399th state District Court, presided over by Judge Frank Castro, rules on each of the cases. She has turned down a plea deal and maintains that she is not responsible for the deaths of the children. 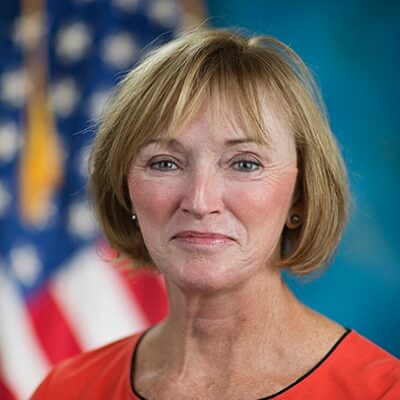 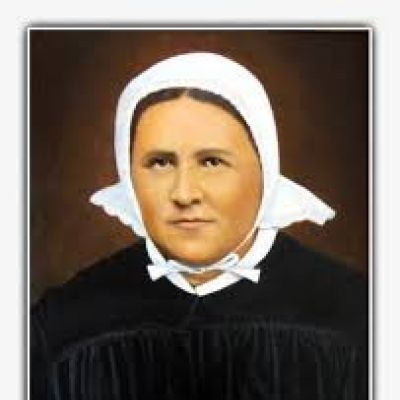