Fani Willis, who was reportedly born in 1970, grew up celebrating her birthday on October 27 every year. This makes her a Scorpio who will turn 50 in 2020.

When Fani Willis was a child, her parents divorced. Her father, a defense attorney who was also a member of the Black Panthers, resided in California, while her mother resided in Washington, D.C.

Fani declared her intention to be an attorney when she was eight years old, most likely as a result of her father’s influence. As a result, it’s unsurprising that she acquired countless years of education.

She earned a Bachelor’s degree in Political Science and Government from Howard University. She then attended Emory Law School, graduating with a Doctor of Law (J.D.) degree in 1996.

In terms of religion, we assumed she is a religious person based on her Facebook bio, which reads “Child of GOD.”

Fani Willis maintained multiple social media profiles, two on Instagram, one on Facebook, and one on Twitter. She appeared to share her professional endeavors on her account ‘Fani Willis for DA,’ while on her later account ‘Fani T. Willis, Esquire,’ she remained mostly candid, even sharing her partying moments and other aspects of her personal life.

Fani Willis is under 5′ 7″ tall and recently reported to weigh around 63 kg. Fani was mostly seen in business attire, but she did not abstain from appearing fashionable.

With her large eyes and mostly straight black hair, she appeared a decade younger than her actual age.

Fani Willis, a Democrat, wasted no time in informing Fulton County voters that she will enforce the law without fear or favor. She was referring to Donald Trump’s “disturbing” phone call with Georgia’s Secretary of State.

“Anyone who violates Georgia law in my jurisdiction will face consequences. Following the conclusion of the investigation, this matter, like all others, will be handled by our office following the facts and the law.”

To refresh your memory, Trump’s infamous phone call with Brad Raffensperger included him falsely claiming victory in the state “by hundreds of thousands of votes” and threatening Brad and the secretary’s general counsel Ryan Germany with possible criminal penalties for defying him.

Fani worked as an assistant district attorney for Paul Howard for 16 years before leaving the office in 2018. She then established a private law practice focusing on criminal defense, business, and corporate litigation, civil forfeiture, and family law.

Then, in August 2020, she became Fulton County’s first female district attorney after soundly defeating her former boss and six-term incumbent Paul Howard. She received more than 73 percent of the vote and won nearly every precinct by a three-to-one margin.

What is the Net worth of Fani Willis?

Fani Willis estimated Net Worth, Salary, Income, Cars, Lifestyles & many more details have been updated below. Let’s check, How Rich is Fani Willis in 2020 -2021?

Fani Willis proudly informs everyone she meets that she is the mother of two beautiful young ladies who initially opposed her running for the DA’s position. Apart from her other accomplishments, she introduces herself as Nia and Kinaya Willis’s mother. Fani takes pride in their evolution over the years.

Although she rarely mentioned her husband, boyfriend, or the father of her college-aged children. However, a cursory examination of her social media accounts revealed she was possibly dating Deuce York, a former employee of CNN and WRFG 89.3 FM. He, like Fani, lived and worked in Atlanta, Georgia, at Fulton County Superior Court Pre-Trial Services. He was also the owner of several businesses, including WT Vending, LLC and MECCA SOUL SOUNDS DJ Service.

They first met in February 2017 in a courtroom. And Fani wrote an endearing Facebook post about their first meeting. Above all, she teased emphasized the part about Deuce approaching her with the “worst introductory line ever.” 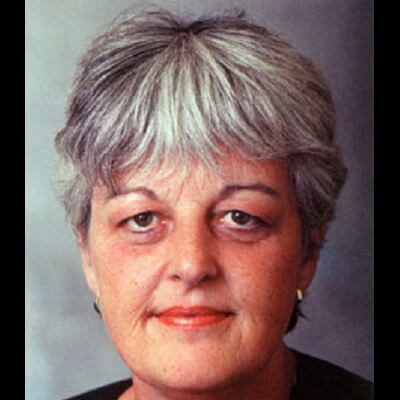