Faith Nketsi is a South African influencer, media personality, model and socialite, rapper, entrepreneur, host, and dancer. She is also known as Queen Twerk since she was a member of the “Pro-Twerkers,” a lady hip-hop dancing squad. However, she is no longer a member of the group. Nketsi is also well-known for hosting a reality television show based on her life. On 10 April 2022, the model married businessman Nzuzo Njilo and became the most searched on the internet. Read on to learn more about Faith Nketsi and her personal and professional life in the article that follows.

Faith Nketsi has an estimated net worth of $1 million. She has a strong social media influencer career and has worked on some collaborative projects.She has a white Range Rover as well.

Faith Mapholoso Nketsi, a reality TV program star, was born on December 30, 1994. She was born in the South African city of Johannesburg. The TV personality will be 28 years old in 2022. Faith’s zodiac sign is Capricorn, and she is a Christian, according to her birthday. In April 2022, the model married in her hometown.

Because the young social media influencer was born in South Africa, she has South African nationality and is mixed.

There isn’t much information about the star’s childhood, but she is quite close to her mother. On her social media profiles, she frequently posts photos with her mother, “Linky Mamogale Modise.” She never openly discussed her family, thus there is no information on her father or siblings on the internet.

In terms of Faith’s schooling, she completed her primary and secondary education at a local high school in her hometown. The dancer graduated from the University of South Africa with a Bachelor of Arts degree. She also used to dance when she was younger. She became interested in modeling throughout her college years and decided to pursue it as a career.

Their wedding was a grandiose private event in Johannesburg. She did not make an official announcement about her wedding; instead, she chose to share the happy news with her admirers via social media. She first added the Njilo surname to her name before posting photos and videos of her wedding ceremony on social media. In the wedding photo, the bride, Faith Nketsi, was clothed in a stunning beige gown with a beautiful headpiece. Faith was trending on Twitter following the huge announcement.

Concerning Faith’s spouse, Nzuzo Njilo. He works in business. His father, Themba Njilo, served as mayor of Msunduzi Municipality. The couple had been dating for quite some time but had kept their relationship quiet. Faith’s now-husband gave her a Range Rover for her birthday last year. The couple’s nuptials elicited varied reactions on Twitter. Some wish and congratulate Faith, while others are not convinced, and yet others are heartbroken because their crush is no longer a Miss but a Mrs.

Nketsi began her career at the tender age of 16. She rose to prominence after joining the girl hip-hop dance group “Pro Twerkers.” She has also participated in a music video for Cassper Nyovest’s tune “Tito Mboweni.” Nketsi later quit the group to work as a model. On July 30, 2018, she released a diet and training regimen called ‘Get Snatched.’ The model and dancer also had her own reality TV show, “Have Faith,” which debuted on MTV Africa. She then became the first woman to have her own reality show on MTV Africa. In 2019, she also collaborated with DJ Maphorisa.

The model stands 5 feet 5 inches tall and weighs approximately 65 kg. She has a figure that many girls aspire to have. The model’s measurements are 38-23-43. She has dark brown eyes and long black hair. 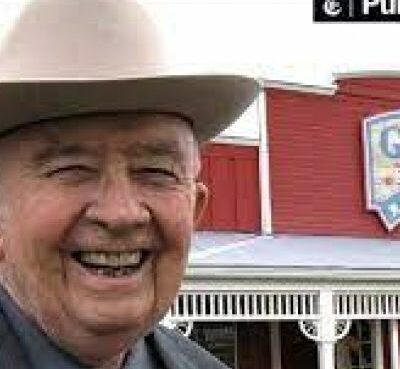