It is not news that athletes use performance-enhancing drugs. Every sport has had cases of substance abuse and steroid use. The soccer world is not immune to such scandals. There have been some major ones involving drugs and substance abuse that have made international headlines.

Adrian Mutu, the greatest football legend since Diego Maradona, stunned the entire soccer world. Similarly, there have been numerous scandals of this nature.

Join us as we examine some of the biggest steroid scandals involving popular football players. The scandals not only barred them from participating in sports for the time being but also permanently tarnished their reputation.

Unfortunately, but let’s take a look at some of football’s steroid scandals together, shall we?

The list was compiled using various internet sources such as Bleacherreport, YouTube, and others. But, before we get into the details, take a look at the table below.

Kolo Toure is an Ivorian footballer who debuted in the Premier League in 2002. Arsenal signed him to a long-term contract worth £150,000 after a short trial. Manchester City signed Toure in 2009 after winning two English League and cup titles with the team. He then failed a drug test in 2011.

Toure was banned for six months after testing positive for a prohibited substance. His wife had given him water tablets to help him lose weight. After failing a drug test, Toure became the first Manchester City player, after Andrain Mutu, to be barred from playing for the club.

Former Portuguese footballer Abel Xavier is the next footballer on our list of steroid scandals. He made his debut for Estrela da Amadora in the Portuguese top flight.

Xavier was signed by Everton and made his English Premier League debut in 1999. Following this, Liverpool signed him in 2002. However, he was without a club at the start of the 2005-06 season.

Middlesbrough signed him, and later that year, after the UEFA Cup tie, he was tested for drugs. Xavier, unfortunately, failed the test. He tested positive for the use of a prohibited substance in November of 2005.

Xavier had been using methandrostenolone, also known as Dianabol, an anabolic steroid. His use of the performance-enhancing drug resulted in an 18-month ban from professional football.

Even though a few other players failed the recreational substance test, Xavier became the first Premier League player to be found guilty of using performance-enhancing drugs.

Sergio Ramos, a Spanish footballer, is our number ten football players’ steroids scandal. Ramos is regarded as one of the greatest defenders of all time; however, even he could not avoid the steroid scandal.

Ramos was accused of failing a drug test shortly after the 2017 Champions League final. He was said to have taken two hours to provide a urine sample. His sample, however, contained the anti-inflammatory cortisol dexamethasone.

The World Anti-Doping Agency has banned anti-inflammatory substances. Ramos’ paperwork, however, made no mention of the substance. As a result, he avoided sanctions that could have landed him in hot water. Furthermore, Ramos was signed by Real Madrid at the time, and the club denied any wrongdoing.

Mark Bosnich is another Chelsea player who was involved in a drug scandal. Bosnich is a sports commentator and former professional football player.

Bosnich was signed by Manchester United and brought to England in 1988. He had, however, come to England on a student visa and was required to return. Then, in 1992, Aston Villa re-signed him.

Unfortunately, while under contract with Chelsea in 2002, Bosnich developed a cocaine addiction. Furthermore, he had become reclusive and was using up to 10g of cocaine per day. After failing the test, he was barred from playing professionally for nine months.

He nearly shot his father with an air rifle while high on the substance, mistaking him for an intruder. Following this, his father persuaded Bosnich to give up his addiction. The player himself admitted to having a costly cocaine habit. Despite making a comeback, Bosnich’s career was no longer the same.

Willie Johnston is our number eight football player steroid scandal. This is one of the biggest football scandals, as Johnston failed a drug test during the 1978 World Cup finals.

He is a former Scottish footballer who played 22 times for his country. Johnston is well known for his speed and skill, but he is also known for his temper.

The banned stimulant in reaction, his hayfever prescription medication, was found in the soccer player. The drug test was performed before the 1978 World Cup opener against Peru. Johnston returned home, and thus his international career came to an end.

At the time, Johnston’s case brought not only him but also Scotland into disrepute.

Claudio Caniggia, a former Argentine professional footballer, is the next player on our list. He was Maradona’s close friend and represented Argentina in three World Cups.

Caniggia was well-known for his quickness on the field as well as his rockstar lifestyle. He could run at a hundred miles per hour, pass defenders, and was one of Argentina’s most prominent players.

Then there was the World Cup scandal in 1994. Cocaine was found in Caniggia’s urine sample. Two years earlier, his close friend Maradona tested positive for the same drug. After a month-long investigation, Serie A’s Disciplinary Commission banned him for 13 months. Despite his return to the game, the scandal ruined his reputation for good.

We are halfway through our list, and the sixth football player’s steroids scandal is former Italian player Fabio Cannavaro. The Italian defender is widely regarded as one of the best of all time and Italy’s most capped defender.

A video taper of Cannavaro being injected with the substance newton was leaked during the 1999 UEFA Cup Final. However, no punishment or action was taken.

However, he failed a drug test while playing for Juventus in 2009. Cortisol, a prohibited substance, was discovered in his system. Cannavaro had requested an exemption because he was taking medication for a wasp sting.

His drug tests, however, came back positive. The club also claimed Cannavaro only took allergy medication. The charges against him were later dropped. Despite numerous victories and titles, Cannavaro’s name will be forever associated with these scandals.

Pep Guardiola, regarded as one of the greatest football coaches and players of all time, was also a controversial player during his playing career. The Spanish player had tested positive for drugs.

Guardiola tested positive for the banned anabolic steroid nandrolone in 2001. When the news broke, he became the second high-profile Italian player to fail a drug test.

Many teammates defended him, and Guardiola insisted on his innocence. Nonetheless, he was barred from driving for four months. A Brescia court even sentenced him to seven months in prison with a seven-month suspension.

The most recent case of the steroid scandal involves our number four football players. Andre Onana is a Cameroonian professional footballer who currently plays for Eredivise club Ajax.

Onana is one of the best young players in the world. He made his debut in 2016 and was on a roll until he was caught breaking anti-doping rules.

His drug test for Furosemide came back positive in February 2021. Onana had been taking medication to treat his wife’s headache. Following the outcome, UEFA banned him for a year.

This was a devastating blow for Onana and could have jeopardized his chances of joining a major European club. However, his club Ajax challenged UEFA’s suspension. Following that, the Court of Arbitration for Sport reduced  Onana’s suspension to nine months.

Following that, we have a steroid scandal involving a French footballer. Samir Nasri was once again one of the players climbing the ranks of the best players. His abilities were even compared to those of former French player Zinedine Zidane.

Nasri previously played for Olympique de Marseille and Arsenal before joining Manchester City. Then, in 2016, Drip Doctors in Los Angeles posted his photo on Facebook and offered him a drip.

Nasri was found guilty of overuse of drip treatment in the United States in 2017 as a result of the Facebook post. Since 2016, he had violated the World Anti-Doping Code and UEFA’s anti-doping regulations.

As a result, Nasri was barred from playing for six months, which was later increased to eighteen months in 2018. His career was ruined by the scandal, and he announced his retirement from the sport in 2021.

The case of Diego Maradona is now well-known. He was a legendary figure in the football world, and his use of cocaine and other drugs frequently made headlines. During his playing career, Maradona struggled with drugs. While at the peak of his career, the Argentine player allegedly began using cocaine.

In 1983, he began using drugs while playing for Barcelona. His use of drugs had a significant impact on his playing career. Maradona tested positive for cocaine in 1991. As a result, he was sentenced to 15 months in prison and fined $70,000.

He made his comeback after his ban was lifted. But it wasn’t long before he was back to his old habits of substance abuse. Maradona was a member of Argentina’s World Cup squad in 1994. He did, however, fail his dop test again and tested positive for five variants of the prohibited stimulant ephedrine.

As a result, FIFA suspended him for 15 months, and the Argentine Football Association terminated his international career.

Despite actively playing domestic football, Maradona failed a drug test again in 1997. As a result, his playing career came to an end. As a result, he ranks second on our list of top football players involved in steroid scandals.

We’ve arrived at number one. Adrian Mutu was the most prominent football player involved in a steroid scandal. He is a former Romanian footballer who played attacking midfielder or forward.

Mutu was a player who rose through the ranks during his playing career. However, while playing for Chelsea, he was found guilty of cocaine use.

The scandal was not the Romanian player’s first brush with controversy. This resulted in a seven-month ban and the end of his Chelsea career. Furthermore, the FA fined him £20,000, while Chelsea sought compensation for the breach of contract.

Mutu, on the other hand, was able to return to the sport. Unfortunately, he failed his anti-doping test again in 2010. He was playing for Fiorentina at the time, and he tested positive for sibutramine this time.

Mutu was banned for nine months and suspended by Fiorentina for breach of contract. He returned, but his reputation will be forever tainted as a result of one of the popular football players’ steroid scandals. 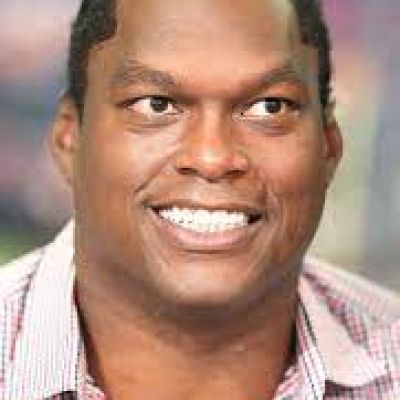