Eva LaRue (Eva Maria LaRue) is an actress and model. She is well-known for playing Det. Natalia Boa Vista on CSI: Miami and Dr. Maria Santos on All My Children. She belongs to the 54-year-old famous actress age group.

Eva Maria LaRue, an American actress, and model were born on December 27, 1966.  She has not revealed about her family member and educational background.

John Callahan, an additional All My Children star, and LaRue were married from 1996 to 2005. In 2001, she gave birth to their daughter Kaya. Callahan, who portrayed Edmund Grey on the daytime soap opera, passed away on March 28, 2020, at the age of 66, the day after experiencing a stroke. The pair hosted the Miss America competition in 1997 in Atlantic City, New Jersey as co-hosts.

LaRue’s casting in Fuller House, the sitcom Full House’s comeback season, was announced in July 2015. She played Danny Tanner’s lively wife Teri Tanner in the film. Netflix debuted the show in 2016. Additionally, she appeared in three episodes of Mack & Moxy as the Admirable. She was cast in the role of Celeste Rosales on The Young and the Restless in May 2019.

As All My Children’s network run on ABC came to an end, LaRue returned as Dr. Maria Santos Grey as a guest star throughout July and September 2011. She portrayed Agent Tanya Mays in the Criminal Minds episode “Final Shot” from the year 2013.

On January 5, 2010, LaRue temporarily returned to the role of Maria for the 40th anniversary of All My Children.

In the television sitcom George Lopez in 2005, LaRue played Linda Lorenzo, George Lopez’s “Long Lost” sister. LaRue started playing Natalia Boa Vista on CSI: Miami in the fall of 2005. The mole in the lab who was informed by the FBI was revealed to be Natalia Boa Vista, played by Eva, towards the conclusion of season four. LaRue started working as a cast member full-time in season five.

From 1991 to 1992, LaRue served as Candid Camera’s co-host and announcer. On All My Children from 1993 to 1997 and again from 2002 to 2005, LaRue played Dr. Maria Santos Grey. She was one half of the power duo Edmund and Maria from All My Children there. For her work on All My Children, she was nominated for a Daytime Emmy Award in the category of “Outstanding Supporting Actress in a Drama Series.”

The song “Dance Again with You,” which served as the background music for the scene of lovers following the third marriage of the fictional characters Edmund and Maria in June 2003, earned her a nomination in the category of “Outstanding Original Song” in 2004.

LaRue was a teenage beauty queen before she started acting at the age of six. At the state competition held in Irvine, California, she was awarded the Danfranc Productions Miss California Empire 1984 title. Eva LaRue graduated from Norco High School in 1985, and shortly after that, she began modeling, initially for the Judith Fontaine Agency and later for Frederick’s of Hollywood.

Eva LaRue’s height is now unavailable at the age of 54. She has brown eyes as well as brown hair. 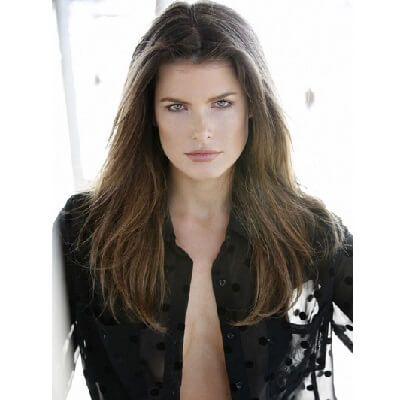