Ernie Lively was an actor and acting coach from the United States. He was well-known for his famous five-decade career in film and television. He had accumulated over 100 credits throughout the course of his long career. Mulholland Falls, The Beverly Hillbillies, Passenger 57, The Man in the Moon, and Shocker were among his most well-known films. In The Sisterhood of the Traveling Pants franchise, he also played the father of his real-life daughter, Blake Lively.

What is the Net Worth of Ernie Lively? Salary, Earnings

His actual net worth isn’t known because he doesn’t share it with the press. However, it was claimed that he had a net worth of $3 million. He received it as a result of his acting profession. He had a royalty channel as an actor through which he was collecting significant money.

On January 29, 1947, Ernie Lively was born. Ernest Wilson Brown Jr. was his birth name, which he later changed to Ernie Lively. Beatrice Gray and Ernest Brown Sr. were his parents. Lively was born in the city of Baltimore in the state of Maryland. It’s disappointing that he’s no longer among us. On June 3rd, 2021, he passed away.

In 1979, he married Elaine McAlpin, a talent manager. Blake and Eric Lively, their two children, were born to them. Lori, Robyn, and Jason, Elaine’s children, were also adopted by Lively. They’ve all followed in his footsteps as performers and are now well-known in the industry. He was well-known as a caring and supportive parent. He and his wife had been living in Heber City, Utah, for the past few years.

Lively began his acting career as a guest star on shows like The Waltons and Fantasy Island. He went on to star in a number of television shows, including McCloud, Private Benjamin, CBS Schoolbreak Special, The Dukes of Hazzard, Fame, Misfits of Science, Remington Steele, Alfred Hitchcock Presents, Warm Hearts Cold Feets, Hill Street Blues, and many others. His first television performance was in The Million Dollar Dixie Deliverance, in which he played Danny. In 1980, he appeared in the film Drop-Out Father. He had an appearance in The Children of Timesquare in 1986. After 1987, he blossomed, landing a slew of opportunities thanks to his outstanding performance. He went on to star in the TV shows Newhart and Midnight Caller after that. He had a successful year in 1990, appearing in a number of films.

His 1990 films were Hard To Kill, Follow Your Heart, The Knife And Gun Club, Air America, and Quantum Leap. His 91′ films included Breaking The Silence, Past Midnight, and The Man in the Moon. He also appeared in Showdown in Little Tokyo and Till I Kissed Ya. One of his major parts was Cheif Biggs in Passenger 57, which he played in 1992. In the same year, he appeared in the television shows ‘Sisters’ and ‘Civil Wars.’ He played Briggs in the Beverly Hillbillies in 1993. The Commish, The X Files, Seinfeld, ‘Murder, She Wrote,’ Malibu Shores, Renegade, and Diagnosis Murder were among his later significant television programs.

In 2008, he played Mr. Layne in the film The Art of Travel, and in the film The Perfect Game, he played Coach Sam Hicks. He was still acting in 2010. He starred in the television shows Outlaw and Svetlana. In 2015, he portrayed Wright Adams in the film Waffle Street. His most recent role was as Jack Sanders in the film Phobic. Along with being an actor, Lively was also an acting coach. He mentored young actresses such as Brittany Murphy, Casper Van Dien, and Jason Priestly in Hollywood.

Over the last few years, his health has deteriorated. In 2003, he suffered a heart attack, and in 2013, he underwent stem-cell therapy treatment as part of an experiment. He died of heart problems on June 3, 2021, in Los Angeles, at the age of 74, but the formal statement was made on June 9, 2021. It was evident that he was having health issues, but the fact that he is no longer with us is sad news for his fans and family members. We’ll keep him in our hearts and minds. 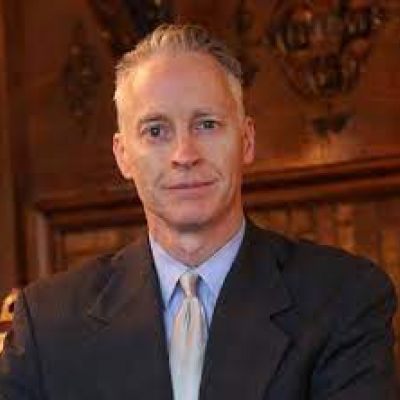