Erin French, an American chef and proprietor of The Lost Kitchen, said to her husband, Michael Dutton, in her anniversary Instagram post, “Celebrating 3 years of marital bliss with my best friend.”

She sweetly emphasized her ‘exponentially growing’ love for her three-year relationship in her lovely remarks, which she dedicated to him. She also stated, “I shared a series of images with my husband, including my favorite moments from my wedding day.

“I already adore you indescribably. And the crazy thing is that I continue to adore you more and more each day.”

The fact that she never stops praising her spouse shows how positively he has impacted her life, and Michael is the perfect companion.

More specifically, Erin attributes one of the essential components of her successful job as a chef and restaurateur to her husband’s inspiring and motivating qualities.

Michael Dutton, Erin’s husband, is a strategist for business development and an expert in new content. The Boston University alumnus began his professional career in 2006 when he joined IMG Media as a senior director.

Michael is currently a managing partner and co-founder at 6ccMedia after gaining years of experience working in a variety of roles over the course of his career.

His business zeal has not only benefited him personally but also encouraged his wife to follow in his footsteps. The two are inseparable, but it cost Erin a lot of heartaches before she found him.

Past Relationships of Erin

The owner of The Lost Kitchen had a history of failed relationships before meeting Michael. However, her first marriage to Todd French was far from flawless, in contrast to her union with Michael.

Even though she was only beginning her successful career as a chef, the strain of running a restaurant and her worsening relationship with her violent and alcoholic ex-husband caused her to experience extreme despair and develop a heroin addiction.

Erin’s condition deteriorated to the point that she required rehabilitation. Her ex-husband dismissed every employee from her restaurant, The Lost Kitchen, which was about to close, adding to the agony of a violent relationship.

After finally having enough, Erin permanently dissolved her marriage. Later, when the chance to start over arose, she devoted everything she had to reopening her company, which is now one of the most known kitchens in the nation.

The owner of The Lost Kitchen has a huge net worth.

Erin French, who is 40 years old, has been on the road to success ever since she made her comeback.

Given the success of her company, she will undoubtedly make a sizable profit. In addition, her television program The Lost Kitchen, which documents her battle to overcome obstacles and develop an empire, may have greatly increased her wealth.

Not to mention that the well-known cook is also the author of The Lost Kitchen: Recipes and a Good Life Found in Freedom, Maine: A Cookbook and Finding Freedom: A Cook’s Story.

The chef is currently preoccupied with The Lost Kitchen, a television program based on her restaurant that is sure to motivate viewers with its depiction of her accomplishment. 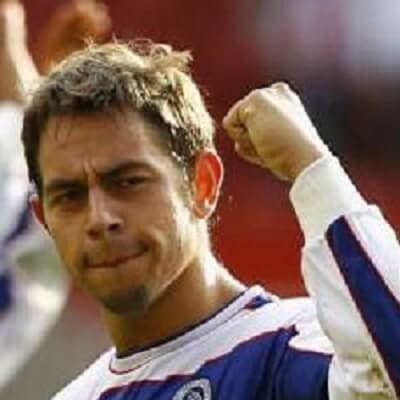