This year’s July and June haven’t been the best for Doja Cat. Over the past two months, the pop star has been bothered by a few things.

Her tumultuous relationship with Stranger Things actors Noah Schnapp and Joseph Quinn is undoubtedly the more well-known of the two major issues she has had to deal with. Her weight loss comes in second and is often less well-known.

Midway through 2021, rumors regarding Doja’s weight reduction started to circulate. But in June 2022, when many people began observing and making inane remarks about her apparent weight loss, it became a hot topic of conversation.

But when it comes to her body and weight, Doja is prepared to let nothing pass by her.

Doja flaunted her figure on Twitter as June was ready to start. And even though she may not have wanted people to comment on her body, they did.

People commented on her tweets from May 30 on how hot she looked in a bikini and how she had lost weight because her physique didn’t appear the same as it had in the past.

Some people speculated that her record company may have made her diet for her upcoming album. Others believed that she lost weight naturally and that no one could have coerced her into doing anything.

Regardless, it was on this day in 2022 that Doja’s weight loss topic finally garnered widespread attention. Several media sites took these tweets and rumors and ran with them. Twitter erupted over this as well.

Articles began to surface that claimed she had had “drastic weight loss.” Similar remarks concerning her weight reduction were made in response to another Instagram image she made on June 5. Naturally, Doja noticed these, but she kept quiet for a while.

She then posted a few images and videos from one of her makeover sessions on June 22. She was sporting a tight attire and pink hairstyle, which once more led some people to comment on how her figure seemed to be changing.

The pop star was alerted to one particular comment that inquired about the whereabouts of the “thick doja,” to which she responded with a suitable “not for you.”

Doja used this phrase to express that what she did with her body and weight was none of anyone else’s business. However, it appears that nobody read the note.

She was therefore forced to reply to similar insults against her on Instagram live on June 24. It was a crucial point she wanted to make, especially considering that she was utilizing speech software on her computer to communicate with fans while she was recuperating from tonsil surgery.

She said via her software that it was not the fans’ “place to comment” about her figure. She said that she has decided to “eat more [healthy] and exercise.”

Doja yelled at the criticism, “Sick and tired of y’all talking about my body,” and many of the viewers of the Livestream concurred.

Doja Cat, whose true name is Amala Ratna Zandile Dlamini, first fell prey to claims that she had lost weight in the middle of 2021. She was widely dissected online in July 2021 due to rumors that she had altered an Instagram photo.

Doja Cat was charged with photo-shopping her Instagram images from July 11, 2021, to make her waist appear smaller, according to internet investigators.

Doja didn’t confirm or deny using Photoshop or losing weight, possibly because she thought it was unimportant. She has, however, discussed topics that are significant to her, such as her body troubles and speculation regarding plastic surgery.

Doja Cat admitted to having body dysmorphia as a child to Cosmopolitan Middle East in October 2020. I’ve got it ever since, too.

She talked about how it began when she was a teen and how she believed she looked good no matter what she was wearing. She did, however, also admit that she had been attempting to control it by “eating healthily,” and she attributed the difficulty in fully overcoming her dysmorphia to phones and the internet. 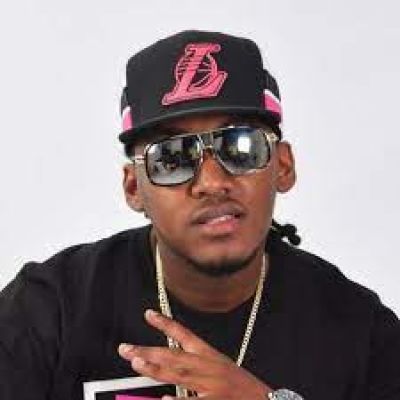