Dmytro Kuleba is Ukraine’s foreign affairs minister and a member of the country’s National Defense and Security Council. He is one of Ukraine’s most renowned and prominent diplomats, having held a number of important positions over his career.

What is the Net Worth of Dmytro Kuleba? Salary, Earnings

Dmytro Kuleba has held various prominent positions in Ukraine’s foreign ministry and has amassed a substantial fortune as a diplomat. He has amassed considerable riches over the years, and his net worth is projected to be approximately $4 million as of 2021.

Dmytro was born on April 19, 1981, in Sumy, Ukraine, to his father, Ivan Dmytrovych Kuleba, and his mother, whose name has not been revealed. His father is a former deputy minister of international affairs and a diplomat. His father also served as an ambassador to Egypt, the Czech Republic, Kazakhstan, and Armenia. Dmytro was inspired by his father and aspired to follow in his footsteps. Dmytro is known to have graduated from the Taras Shevchenko National University of Kyiv’s Institute of International Relations in 2003. He earned a candidate of sciences degree in International Law.

Dmytro is married to Yevheniia Kuleba and the father of two children, Yehor Kuleba and Liubov Kuleba. His eldest daughter was born in 2006, and his youngest in 2011. His wife was number one on the party ticket for Kyiv Council in the 2020 local elections and is currently a Kyiv City council deputy and the secretary of the Kyiv City Council Standing Committee on Environment. He is currently residing in Kyiv with his family and prefers to live a private life away from the spotlight.

Dmytro began his diplomatic career in 2003 when he began working for Ukraine’s Ministry of Foreign Affairs. He worked in the ministry until 2013 when he resigned because to conflicts with then-President Viktor Yanukovych. Kuleba later became the head of the UART Foundation for Cultural Diplomacy and took part in the 2013 Euromaidan protests. During Russia’s attack against Ukraine in 2014, he returned to the Ministry of Foreign Affairs as Ambassador for Communications. Dmytro also advanced digital, cultural, and public diplomacy at work and helped significantly to the resolution of the crises.

He was later appointed as Ukraine’s Permanent Representative to the Council of Europe. Dmytro is a diplomat who presently serves as Ukraine’s Minister of Foreign Affairs. He has been in the role since 2020 and is a member of the National Defense and Security Council. In 2019, he served as Ukraine’s Deputy Prime Minister for European and Euro-Atlantic Integration. Aside from it, he wrote a book called “The War of Reality,” which was published in 2019. The book discusses modern communication, media literacy, and deception.

Conflict Between Russia and Ukraine

In 2022, as Ukraine faces external pressure and aggression from its neighbor Russia, Dmytro presented a to-do list to the world, with five items, including a desire for more weaponry, isolation of Russia, financial help, and humanitarian assistance. As Russia has begun firing missiles against Ukraine’s military facilities, the minister has come forth demanding aid as well as support from other nations, the EU, and the UN in the face of Russia’s full-scale invasion of Ukraine.

Dmytro has 170.6k followers on Twitter since joining in 2014, but just roughly 250 pals on his Facebook profile. Aside from that, he is also known to be active on Instagram, where he now has 6091 followers. 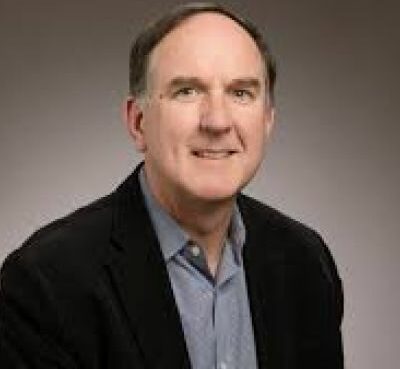