Nico Ali Walsh has demonstrated in his two professional fights so far that he and his late grandfather, the great Muhammad Ali, both had a winning attitude. Nico defeated James Westley II in the third round after winning his opening battle in the first round.

When it became apparent that Westley couldn’t withstand Ali’s piercing right blows, his squad gave up. Rasheda Ali, Nico’s mother, was at the ringside to support him when he won his first two fights.

Chicago welcomed Robert Anthony Walsh into the world in October 1957. Bob’s desire to become a chef was sparked by the restaurant his parents owned. He joined the military and spent several years as a Marine before he could fulfill his dream of becoming a chef.

Muhammad Ali and his second wife, Belinda Boyd, welcomed Rasheda Ali into the world in Pennsylvania in 1970. Eight siblings and half-siblings, including her twin Jamillah, shared her upbringing.

Author, public speaker, and Parkinson’s disease supporter Rasheda. To inform others about a condition her father battled, she authored I’ll Hold Your Hand So You Won’t Fall: A Child’s Guide to Parkinson’s Disease. Regarding Muhammad’s experience with Parkinson’s, Rasheda spoke with The Guardian.

“Parkinson’s disease is a very humiliating experience; it takes away; my dad’s speech was his best quality, and this was a test of his level of trust. In our religion, we believe that when you are put to the test, God just loves you and wants to know how much we adore the Almighty. It does not mean, however, that you are a horrible person.

As Muhammad lighted the Olympic flame at the Atlanta 1996 Games, his left hand began to shake violently. Muhammad was visible to the entire world despite being sick and refusing to allow his illness to hold him back. Rasheda affirmed to The Guardian:

“He did that for other people with that condition as well as himself, which was incredibly gutsy of him. Because that’s what he did, he gave others with other conditions the capacity to be bold, strong, and hold on.

Rasheda Disapproved of his son’s move into Boxing

After a year in the amateur ranks, Nico Ali wasn’t certain he wanted to continue boxing in the long run. So he asked his granddad, one of the greatest, for advice.

Muhammad’s speech had been ruined by Parkinson’s, so they had to use a yes-or-no technique to communicate: squeeze for yes, and do nothing for no. Nico asked Muhammad if he should stop boxing, but Muhammad said nothing.

The Las Vegas Sun quoted Ali Walsh as saying, “He squeezed my hand so tightly.” I get what you’re trying to tell me, OK? I never questioned it again after that because he just continued urging after the occurrence.

Rasheda expressed her disapproval of Nico’s decision to pursue a career in boxing to The Guardian. She nonetheless promised to stand by him, saying, “He [Nico] had a relationship with his grandfather before he simply began to love the sport. Despite my reservations, I fully back him.

Rasheda uses her Instagram, which is full of pictures of Nico, to show her support for him. She expressed sadness to The Independent that Muhammad was unable to witness Nico’s fight. He arrived in Arizona for Nico’s opening bout but was unable to attend because of illness.

Instead, Muhammad offered Nico his approval and some tips for the fight. Rasheda elucidated:

We’ll make it to the next bout, he stated after giving Nico some guidance. Of course, he was unable to make it. I sincerely wished Daddy could have witnessed Nico’s first triumph. One of my dreams involved that. He had a brief opportunity to watch my kid play football, but I wanted him to be there when Nico entered the ring. 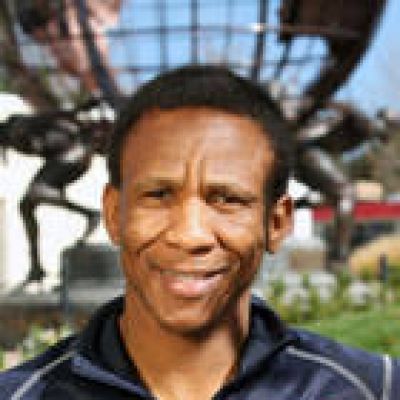