David Axelrod is a former White House staffer and political strategist in the United States. He is best recognized as Barack Obama’s main strategist during the presidential campaign. Following Obama’s inauguration, Axelrod was named Senior Advisor to the President.

After graduating from Stuyvesant High School in New York in 1972, Axelrod attended the University of Chicago, where he majored in political science. As a student, Axelrod wrote for the Hyde Park Herald, reporting on politics, and he interned at the Chicago Tribune.

Axelrod has worked as a consultant for former Chicago Mayor Richard M. Daley for many years. He also worked for John Edwards’ lost presidential campaign in 2004. Axelrod was hired by the Liberal Party of Ontario in 2002 to help Dalton McGuinty and his party win the election to the government in the October 2003 election. In 2006, Axelrod worked on several campaigns, including Eliot Spitzer’s successful gubernatorial campaign in New York and Deval Patrick’s victory as governor of Massachusetts.

He wrote an op-ed for the Chicago Tribune in defense of patronage after two top employees in the administration of longstanding client Chicago Mayor Daley was charged for what federal prosecutors called “pervasive fraud” in City Hall hiring and promotions. As a contractor, he worked for Exelon, an Illinois-based utility that possessed the largest nuclear reactor fleet in the United States. In 2006, he served as the Democratic Congressional Campaign Committee’s chief strategy advisor in the United States. Rahm Emanuel, United States Ambassador. He was a Communication Studies Associate Professor at Northwestern University. DePaul University bestowed upon him an honorary degree in Human Letters in 2009.

During the 2008 presidential campaign, Axelrod considered leaving politics. Obama spoke with Axelrod before delivering an anti-war speech in 2002. Axelrod was instrumental in developing the Obama campaign’s main slogan, “change.” The theme of change played a role in Obama’s victory in the Iowa caucuses. He slammed the Clinton campaign’s messaging, saying that “being the ultimate Washington insider is not where you want to be in a year when people want change.” Axelrod also claimed that Hillary Clinton’s team overlooked the importance of caucus states. Using the caucus model, Obama won the majority of states in the 2008 primary season.

In campaign advertising, he employed “man on the street”-style biographical movies to create a sense of familiarity and reality. He claimed that Clinton’s first political positioning was misguided and played into our hands. Axelrod is credited with establishing a policy allowing individuals to join. In 2007, Axelrod’s sophisticated use of the Internet assisted Obama in mobilizing fewer than 30 voters and generating more than 475,000 donations. Obama’s website allows admirers to tweet, build their webpage, and even make phone calls from home. Axelrod was defined by the New York Times as a “Campaign Guru” with an “appreciation for Chicago-style politics” and a “soft-spoken” and “mild-mannered” demeanor. “He’s not a screamer like some of these guys,” said Bill Daley, Axelrod’s political consultant.

Axelrod’s net worth is reported to be between $1 million and $5 million, which he earned as a writer.

David Axelrod estimated Net Worth, Salary, Income, Cars, Lifestyles & many more details have been updated below. Let’s check, How Rich is David Axelrod in 2020 -2021?

Axelrod was reared in a secular Jewish home and had his bar mitzvah at Manhattan’s Brotherhood Synagogue. Myril Bennett (née Davidson), his mother, was a PM journalist, a liberal daily in the 1940s, and then a Young & Rubicam advertising executive. His father, Joseph Axelrod, was a psychotherapist and enthusiastic baseball fan who immigrated to the United States from Eastern Europe when he was eleven years old. His father committed suicide in 1977, just before his graduation.

David met his future wife, business student Susan Landau, the daughter of science professor Richard L. Landau, at the University of Chicago, and they married in 1979. At the age of seven months, their first child, a daughter, was diagnosed with epilepsy in June 1981. 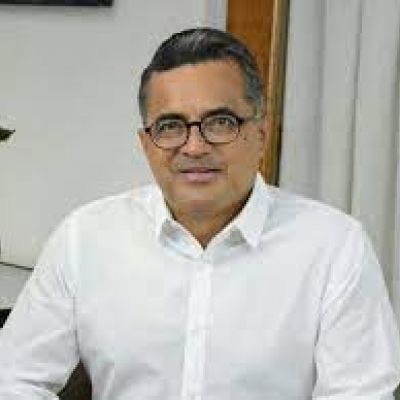