Danica Thrall is a glamour model and television personality. Her professional bodybuilding and weightlifting abilities are equally well-known. This model has appeared in magazines such as FHM, Maxim, Loaded, and Nuts. In 2012, she was placed tenth on Google’s Zeitgeist list of the top trending British people.

What is the Net Worth of Danica Thrall? Salary, Earnings

Danica Thrall was born in Heanor, Derbyshire, England, on March 30, 1988. Her given name is Sonia Danica Thrall. The names of her parents remain unknown. It was tragic that her mother died when she was 14 years old. Her twin sister, Sophie Thrall, is also a model. She is of Caucasian descent and of British nationality. Her qualifications and educational background are unknown.

Danica Thrall had a relationship with Ben King. In April of 2012, the couple began dating. She even moved in with him to a new location after dating for a short time. Her partner, on the other hand, stated in a 2012 interview that he was suffering as a result of the connection. It’s unclear whether they’re together or not. Danica was a Celebrity Big Brother roommate in 2012, and she was involved in a love triangle with Michael Sorrentino and Prince Lorenzo. On the show, Danica was also said to have dated Michael. They are later divided, however.

Danica Thrall rose to fame after winning the Miss Derby pageant, which Lucie Hide organized. Similarly, she finished in the top ten of the Miss England pageant. She returned to modeling in early 2010 after a brief hiatus to act as a presenter on the televised sex line Elite TV. In late 2010, she returned to modeling, appearing in magazines such as FHM, Maxim, Loaded, and Nuts.

In May 2012, she received widespread media attention after appearing in the documentary Sex, Lies, and Rinsing Guys. Later, in August 2012, she was a housemate on the ninth series of Celebrity Big Brother. The model appeared in 22 episodes of Celebrity Big Brother between 2012 and 2013. Danica also starred in 26 episodes of Big Brother’s Bit on the Side between 2012 and 2014. Danica was also ninth on Google’s Zeitgeist list of the most popular British people in 2012. Then, in June 2013, she debuted as the fictitious superheroine Supernova on the website. In April 2014, Danica won the amateur bodybuilding competition Miami Pro World Championships in the bikini tall division. She went from model to bodybuilding fame in an astonishingly short period of time. 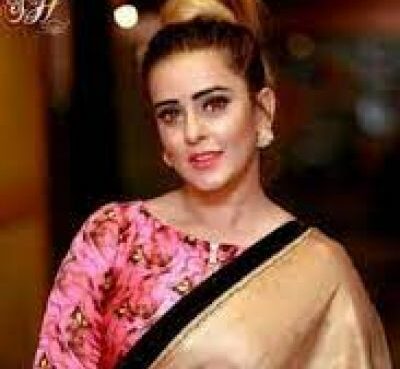