Cindy Brunson is the embodiment of knowing what you want and going after it. She is best known for her work as a sports anchor and reporter on ESPN’s flagship program SportsCenter, and she is now a member of Pac-12 Networks’ broadcast team.

Brunson, a figure who has inspired many sportswomen and fellow anchors and newscasters with her strong opinions and supportive nature, is a woman who will not be silenced. Brunson is also not afraid to express her beliefs, as evidenced by her frequent social media posts.

Cindy Brunson, a firm believer in ‘Perception becomes Reality,’ always seems to get it right. Brunson, at 45, still has the energy and enthusiasm of someone in their early thirties, as evidenced by her books. This self-assured, bold, and charming lady has made her mark in sports entertainment and broadcasting, and she shows no signs of slowing down anytime soon.

In this article, we will reveal much more than Cindy’s professional life. So keep reading to the end to learn interesting facts about her.

What is the Net Worth of Cindy Brunson? Salary, Earnings

Cindy worked as a sports anchor and reporter for many years. Her net worth is estimated to be around $2 million. Unfortunately, her current salary and earnings are not disclosed. Cindy has worked on numerous networks and has hosted numerous shows. Brunson, as one of the most well-known television anchors and reporters, has undoubtedly made a fortune from her career.

Brunson, who was born on June 10, 1975, in Tacoma, Washington, attended the Edward R. Murrow College of Communication. Curtis Senior High School in University Place, Washington, was her choice. Brunson became interested in sports broadcasting when she saw American newscaster Robin Roberts discussing sports on ESPN when she was 12 years old.

But even before she started her career, she would face prejudice because she was a girl who liked sports. Her mother would appoint her as the ‘beverage girl,’ bringing drinks to her father and his friends who would be hollering in the living room on Sundays watching football games, which she thought was ‘lame.’

So she took out an encyclopedia and began memorizing the referee’s signals. And the next Sunday, she went into the living room and exclaimed, ‘That was not a hold!’ ‘I can’t believe the referee threw that flag.’ Brunson and her father became regulars at home Seahawks, Sonics, and Mariners games after that.

And it only made sense that she would take the path that would bring her closer to her dream job. By enrolling in and graduating from Washington State University with a Bachelor of Arts and Broadcast Communication and a minor in Political Science.

In June 2009, Cindy Brunson married her longtime boyfriend, Steve Berthiaume. Steve, like his wife, is an American television sportscaster who works as a play-by-play announcer for the Arizona Diamondbacks. He is also a former ESPN anchor and SportsNet New York sportscaster.

Brunson and her husband have similar professional backgrounds; Steve ran cross-country and also worked as a basketball announcer in Massachusetts, where he grew up. Steve, an Emerson College graduate, covered the University of Connecticut men’s and women’s basketball teams and their participation in the NCCA tournament while working at WTIC-HV in Hartford, Connecticut.

Brunson then worked for the now-defunct CNCCI network before joining ESPN in February 2000. He later joined ESPNEWS and worked as an anchor for SportsCenter. Brunson co-anchored her first SportsCenter broadcast with Berthiaume in February 2001.

Despite leaving ESPN in 2006 to become the new SNY network’s chief sportscaster, Steve returned to ESPN SportsCenter on March 28, 2007, to be closer to Cindy. Later, Brunson did the same for Steve in 2013, when she joined the Arizona Diamondbacks after the baseball broadcast team hired Steve to replace Daron Sutton as a play-by-play broadcaster for FOX Sports Arizona in 2012.

Since then, the two have been employed by the same broadcasting network.

Cindy Brunson is 47 years old right now. On June 10, 1975, she was born under the sign of Gemini. Brunson also has an impressive height of 5 feet 9 inches (1.78 m). Likewise, she has short Brunette hair and stunning brown eyes that complement her wide, broad smile.

Cindy stays in shape and looks presentable in front of the camera as a television personality.

How did Cindy Brunson start her Professional Career?

Cindy Brunson began her career at the age of 23 with KATU in Portland, Oregon, where she worked as a weekend sports and news anchor/reporter. She covered the Portland Trail Blazers (National Basketball Association), the University of Oregon, and the Oregon State football team, to name a few.

She had previously worked as a weather anchor and news reporter at KHQ-6 in Spokane, Washington.

After a year with KATU, she was hired full-time by ESPN as an ESPNEWS anchor, where she would go on to become one of the most popular SportsCenter faces. Cindy stayed with ESPN for the next 12 years, where she worked as an anchor for SportsCenter, a host for Hot Take, and an analyst for College Basketball Live.

Despite landing the big break with ESPN, Brunson faced many challenges as a female broadcaster, learning early on about the ignorance and fickleness of some viewers. She received misogynistic messages from viewers the day after she anchored the show for the first time, with three telling her to “go back to the kitchen” and the rest complimenting her appearance.

Brunson decided to interpret the racist messages as motivators after receiving advice from Stuart Scott, a longtime SportsCenter anchor who only played back the racist messages he had received. She kept the first ‘get back in the kitchen’ message as her reminder.

Similarly, her hard work paid off, as her time at ESPN helped her become one of the most recognizable faces among ESPN SportsCenter’s sportscasters.

Brunson has been a part of some of the sports’ most incredible moments. Cindy admitted in one of her interviews with CougFanCom that Tiger Woods’ weekend car accident outside his Florida home was one of the most incredible things she got to cover in sports.

Brunson was also the anchor for ESPNEWS’ coverage of Florida Marlins rookie Anibal Sánchez’s no-hitter on September 6, 2006. Similarly, she was on SportsCenter when Barry Bonds hit his 755th and 756th career home runs, passing Hank Aaron for the most all-time. Brunson officially left ESPN on December 29, 2012, after anchoring her final sports broadcast with Bram Weinstein.

Since May 2013, she has worked as a Play-by-Play Commentator and Analyst for the Phoenix Mercury.

Cindy, on the other hand, has been a Pac-12 Networks commentator since 2014

Cindy Brunson is active on social media where she has 23.9K Followers on Twitter and 459 followers on Instagram. 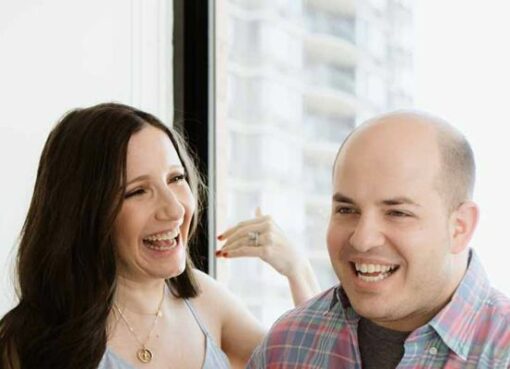 Jamie Shupak Stelter is an Emmy-winning traffic anchor for NY1, a New York News TV station based in Manhattan, New York. She has been with the station since May of 2010. Where was Jamie Stelter born?
Read More 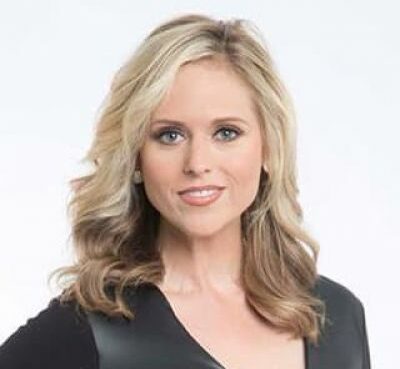 Marissa Bailey- Biography Marissa Bailey is well-known for her work as a CBS news anchor. What is the Net Worth of Marissa Bailey? Salary, Earnings According to credible sources, Marissa's present
Read More 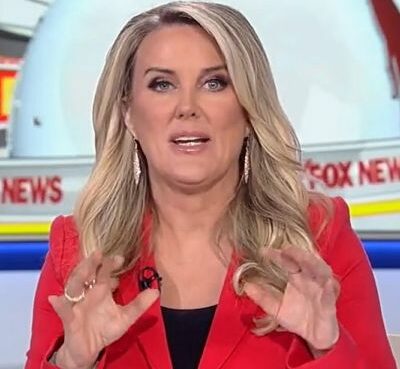