Chelsea Hobbs is a Canadian actress best known for her portrayal of Gerda in the American made-for-TV film Snow Queen. She is well known for her role as Emily Kmetko in the family drama television series Make It or Break It. She recently appeared as Sophia Worthy in the American romantic comedy film Forever Christmas.

What is the Net Worth of Chelsea Hobbs? Salary, Earnings

Chelsea Hobbs’ net worth is estimated to be $0.5 million as of 2022. She also makes a good living from her other jobs, such as ads and cameo parts, which add to her income. Her annual salary is said to be $100,000.

Hobbs’ films have made a lot of money and have been critically acclaimed at the box office. After the success of the films, she most likely received some money for her performance.

Hobbs co-starred in the American teen/family comedy-drama television series Make It Or Break It with Tiya Sircar and Josie Loren. Sircar and Loren have a net worth of $1 and $2 million, respectively. She also appeared alongside a slew of wealthy celebrities.

Hobbs has been involved in the entertainment sector for a long time, and there are more interesting projects in which she may appear. As a result of her successful career, her income will undoubtedly rise. She is currently living a luxury lifestyle while earning a substantial amount of money from her career.

Chelsea Raelle Hobbs was born on February 18, 1985, in Vancouver, British Columbia, Canada. She also has Canadian citizenship and ancestors from Ireland, Scotland, and Sweden.

Hobbs attended a high school with an advanced art curriculum before enrolling in an intensive acting program. She began dancing at the age of three and has competed in numerous dance competitions.

Chelsea Hobbs married Teren Oddo, a photographer, in January 2007 in front of their closest friends and family. The couple first met at a picture shoot where Oddo was the photographer. They started dating after a while of working together. Before they married, she was already pregnant with their first kid. Wylie, their daughter, was born in 2006.

Chelsea gave birth to Kingston on April 27, 2011. Despite the fact that they had two children, the couple filed for divorce, citing irreconcilable differences. In 2014, the divorce was finalized.

Hobbs is currently seeing Jean-Luc Bilodeau after her divorce from her ex-husband. Jean, her lover, is a Canadian actor.

Chelsea Hobbs began her career in 1994 as Chelsea Wright in the American television series No Adults Allowed. She also participated in the 2001 Sci-Fi drama series Mysterious Ways. In 2008, she co-starred in the police procedural series Cold Case with Jake McDorman and Trisha LaFache. Her other television credits include Supernatural, Lucifer, and numerous others.

Hobbs made her film debut in 1995 with the character of Vanna in the American comedy film Secret’s Out. In addition, in 2000, she played Suzy Cooper in the independent horror film Christina’s House. In 2005, she also appeared in the biographical drama film Lords of Dogtown. Her other film credits include Sweet Dreams, Beach Girls, and more.

Hobbs is active on social media and has a significant amount of followers on her Instagram account. She also shares personal images with her fans when she travels to new and exotic locations. She now lives in Vancouver, British Columbia, with her family and friends. 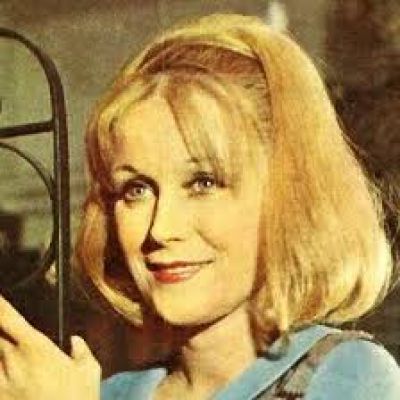