On May 23, 2020, Camryn Elizabeth Grimes, an American actress best known for playing Cassie Newman on the television show The Young and the Restless, came out as bisexual.

According to her biography, she won the Daytime Emmy Award for Outstanding Younger Actress in a Drama Series in 2000 when she was just 10 years old, making her the youngest recipient ever.

From 1997 through 2005, Camryn played Cassie Newman on the television series The Young and the Restless. In 2014, she made a comeback as Mariah. For her work on the program, she even took home a 2018 Daytime Emmy in the category of Best Supporting Actress.

Additionally, throughout her career, Camryn has collaborated with several well-known actors, including Hugh Jackman, Halle Berry, and John Travolta.

Camryn is she a lesbian?

Many reports suggested that Grimes was a lesbian before she came out as bisexual. Camryn first shocked viewers and members of the LGBTQIA+ community when she kissed Cait Fairbanks on an episode of The Young and the Restless that aired in 2017.

Even though none of the characters on the program are lesbians, Camryn’s character Cassie and Cait’s character Tessa enjoy a passionate kiss in the episode that aired on August 3rd. Their closeness raised the possibility of a romantic relationship between the two, but CBS management declined to address the subject.

Camryn stated that the romance between the two characters was “spontaneous and intense” while discussing her opinion of on-screen love.
In an interview, she stated:

“I believe that with a love as strong and spontaneous as theirs, it caught them both off guard.
They are entering uncharted area, which has challenges.”

The speculation that Camryn might be a lesbian in real life escalated quickly, and the actress even felt the need to publish a now-deleted tweet to reassure her followers about her sexual orientation. She tweeted on July 21, 2018, stating that she was not a lesbian.
On Twitter, she posted:

“Although I’m not gay, if I were, I’d shout it from the rooftops.
The LGBTQ+ community as a whole is not wasteful in any way.
Too bad you can’t see that.”

On May 23, 2020, she finally came out as a bisexual woman, over two years after she first came out.
while composing a tweet reply.

Brock Powell, a voice actor, and Camryn are romantically involved. Among his accomplishments are Mickey Mouse Mixed-Up Adventures, Candace Against the Universe, and Phineas and Ferb.

They began dating in March 2020, but they didn’t formally become a couple until September. She posted on Instagram to introduce her beau with the caption:

“On the grid, at least, he succeeded.
Oh my, he’s going to get this right in the head.”

Brock also posted a message on Instagram confirming his connection with Camryn. He stated in the post:

“Life is too short and my hair is too long.
However, I went ahead and fell in love with a redhead while everyone else learnt how to make sourdough bread.”

The pair have already celebrated their first anniversary for a full year.

In 2012, Camryn had a relationship with Oliver Singer, the son of television writer Steve Singer, before she started dating Brock. But the couple didn’t go public with their relationship until 2014.

Camryn and Oliver appeared in public for the first time on June 22, 2014, at the 41st Annual Daytime Emmy Awards, which were held at The Beverly Hilton Hotel in Beverly Hills, California. Even as they posed for a photo, the couple exuded comfort and a sense of enjoyment from one another.

A year later, on June 26, 2015, Camryn disclosed that they had been together for three years. She also wished her lover a happy anniversary and thanked Oliver for their relationship. On a now-deleted Instagram post, she wrote:

“spent with you for 1094 days, 19 hours, 2 minutes, and 15 seconds.
Every second is significant and every minute is precious.
I’m as appreciative as ever to have you at my side as I laugh, live, and love.
Dear Oliver Singer, Happy Anniversary!”

She posted a photo of herself and Oliver from their vacation in Sedona, Arizona, on May 10, 2016. She removed all of their Instagram photos together and stopped posting images with her ex-boyfriend after that.

Fans speculate that the couple may have broken up, but neither Camryn nor Oliver have publicly addressed the rumor.

Camryn stunned everyone in March 2017 by pretending to be pregnant to secure a role in the television series The Get (2017).
Many people thought she might have been pregnant both on and off-camera. But on March 5, 2017, Grimes made things apparent by posting a photo to her Instagram account that revealed her faux belly. 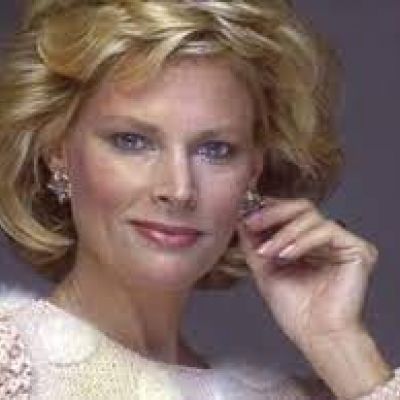